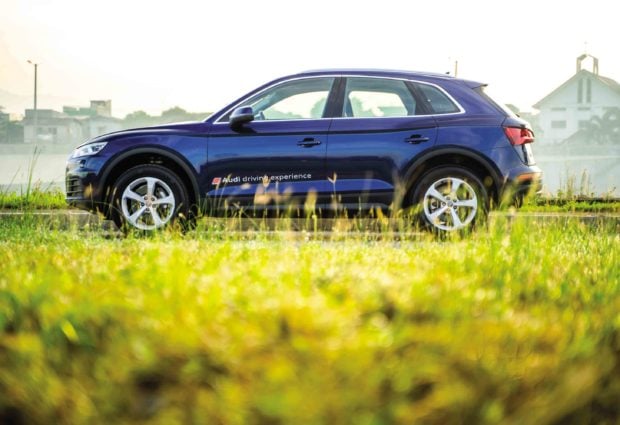 After finally getting some proper seat time behind the wheel of every model in the whole Q range of Audi’s SUVs, I think I found its sweet spot.

The premium-luxury segment in the automotive industry is a reserved category in itself, but behind every marque in the segment is a plethora of models and variants (plus a dizzying array of performance and trim options) specifically designed and engineered to cater to, and capture every exacting preference of the customer they’re wooing.

Having driven the Audi Q7, Q2, and Q3 in that order, I’ve come to conclude that getting to thoroughly test the Audi Q5 was a case of having the best saved for last.

It wouldn’t be fair to encapsulate, in a nutshell, what each model represents to me personally, but in the interest of keeping a publishable word count, here goes.

Audi Q7: the definition of heightened luxury and comfort with the power to move it.

Audi Q2: the compact city slicker with catchy looks and the word: “fun” emblazoned all over it.

And finally, the Audi Q5: an exceptional balance of the Audi Q line’s salient qualities, in an elegantly handsome package.

Yes, the carefully crafted bias towards it is quite evident, but Audi has successfully slotted me in on a very specific notch around a complicated “what I want” dial, and that’s what it’s all about. 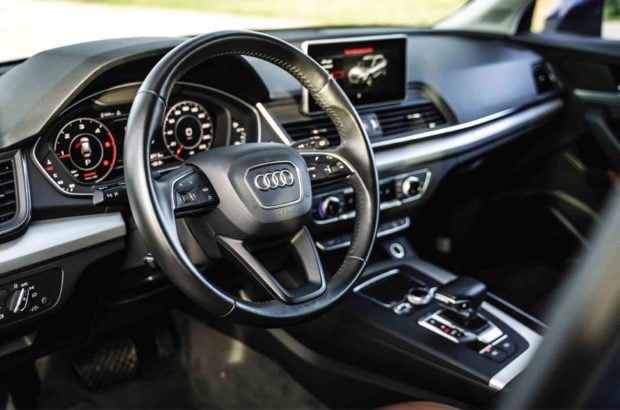 The main difference of the two would be what powers them.

If you’re wondering about the conservative displacement despite the latter’s diesel engine, it was Audi’s audacity (and incredible technological prowess) of using their then newly-developed 5.5-liter 12-cylinder TDi engine in their R10 racing car that won the 24 Hours of Le Mans in 2005, and ignited a newfound respect for what a diesel engine is capable of.

With its more robust torque rating of 400 Newton meters at a lower rpm range (compared to the TFSi’s 370 Nm), it has the get-go acceleration of action-flick caliber, especially with its driving mode set on Sport.

Of course, that’d be the most obvious way to gauge how potent a 2.0-liter diesel engine can be, but despite it being the heart of the entire vehicle, so to speak, its engine is but a major component of what makes the Audi Q5 TDi Quattro such an exceptional SUV as a whole.

At first, I had to visually check its rear insignias to confirm that I was indeed driving a TDi instead of a TFSi, since the hardly-there NVH (noise/vibration/harshness) levels between the two are indistinguishable.

At normal city driving through congested traffic, its smoother stop n’ go significantly lessens the driver’s stress levels, no matter what his driving style is.

Precision is enhanced too, as it provides a finer modulation of its actual acceleration and drive.

Should you find the need to quicken the pace when the need or opportunity presents itself, the response is instantaneous, and the transition from languid to rapid motion is totally, pleasurably fluid.

The touted Audi driving experience is hardly all about tactile sensation.

While how it drives is certainly rewarding, the view from the inside doesn’t lack in merit. 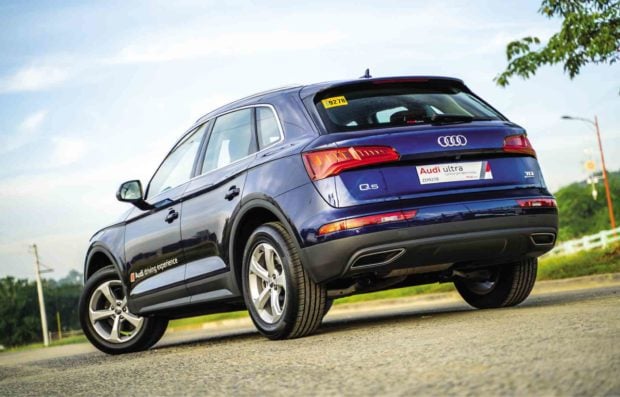 Eye-catching features mark the Q5 without compromising on practicality.

Critics claim some of the best auto interiors are by Audi, in terms of aesthetics, ergonomics, functional design, and materials used.

In this category, it’s a fine line between being overly understated and too obviously opulent, and the Audi Q5’s interior settles on that line quite effortlessly.

Of course, the 12.3-inch virtual cockpit/fully digital instrument cluster is kind to the eyes, not to mention a boon in terms of crisply displaying pertinent information, e.g., speed/drive status, navigation (as option), entertainment, etc.

The track pad at the center console with two-way toggle switches flanking a select/push dial serves as an intuitive control interface that helps keep your eyes on the road.

A tasteful combination of the finest leathers, brushed aluminum and lacquered surfaces make the spacious cabin and second row a blissful place to travel in.

Add to that selectable ambient lighting (as option), and a Bang & Olufsen premium sound system to seal the deal.

So what then puts the spotlight on the Audi Q5 Quattro among its Q siblings, all of which are exceptional lookers, performers and handlers, replete with the most advanced safety features and luxurious amenities?

In profile view, the differences in scale first get noticed.

Exterior design disparities are subtle, but the intentions are apparent on which market each model is trying to communicate with.

The Audi Q5 strikes as the Q that bears a higher rung of features while retaining a footprint that’s still practical in our local setting: when sifting through traffic, parking, and of course, in spirited driving.

It also has just the right exterior dimensions and design cues that doesn’t scream “I’ve arrived” in bold letters.

Lastly, while the Q5 is the epitome of cushy-luxury and comfort, its top-notch performance and premium feel from the driver’s seat is still the ultimate experience.