Advocacy groups representing the elderly and the blind joined automotive and tech firms Monday to launch an educational campaign to explain the benefits of self-driving cars. 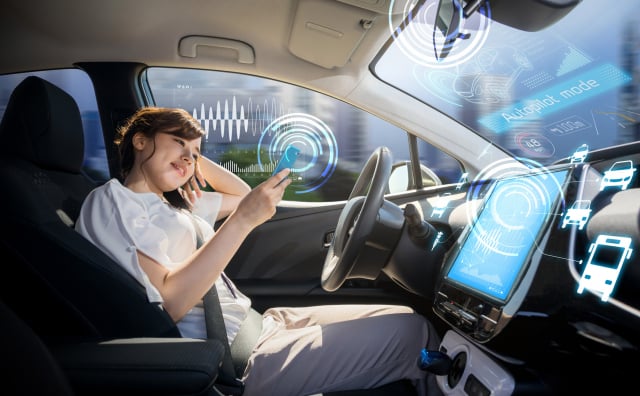 Mark Riccobono, president of the National Federation for the Blind, said advances in autonomous driving could offer enormous benefits to the visually impaired and other people with mobility issues.
Image: metamorworks / IStock.com

Joining in the announcement at the Consumer Electronics Show in Las Vegas were tech firms including Intel and Nvidia, automakers such as General Motors and Daimler, and organizations including the National Council on Aging and National Federation of the Blind.

They announced the formation of a Partners for Automated Vehicle Education (PAVE), which will hold events across the U.S. to help consumers and policymakers get more information about autonomous driving.

While not created as a lobbying group, PAVE will attempt to provide better information and correct misinformation on the topic, it said.

“PAVE will seek to bring realistic, factual information to policymakers and the public so consumers and decision-makers understand the technology, its current state and its future potential — including the benefits in safety, mobility and sustainability,” a statement from the group said.

“People are understandably confused,” said Kyle Vogt, a founder of Cruise Automation, a unit of General Motors. “There’s a lot of misinformation circulating.”

Deborah Hersman, president and CEO of the National Safety Council, invoked a “pivotal moment” for automotive safety, saying the public should understand how automation can reduce the estimated 40,000 road deaths annually in the United States.

The mission, she told a news conference, “is to help Americans better understand these misunderstood technologies.”

Mark Riccobono, president of the National Federation for the Blind, said advances in autonomous driving could offer enormous benefits to the visually impaired and other people with mobility issues.

“Bringing greater freedom and mobility to those who are not currently part of the driving class will be truly transformative for our nation,” Riccobono said.

Other organizations in the coalition include the U.S. Chamber of Commerce, American Automobile Association, American Public Transportation Association and the Consumer Technology Association. NVG

Samsung No. 1 in number of patents filed for self-driving cars