Riding shotgun with Dakar Rally champ Masuoka on the Strada 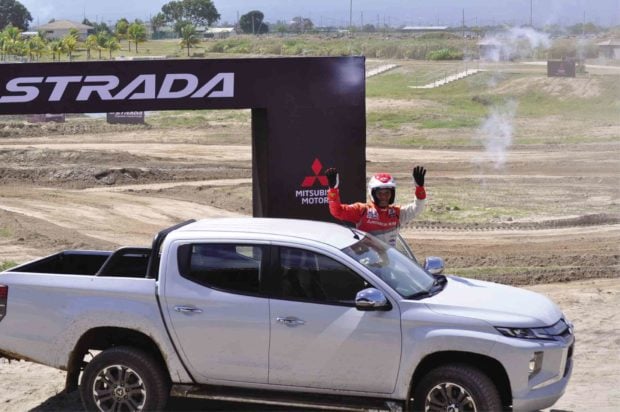 Masuoka acknowledges the crowd after his driving exhibition.

Go-anywhere off-road prowess sits at the core of every Mitsubishi Strada pickup.

Ever since the Japanese automaker introduced a one-ton pickup in 1978, paramount for each iteration of this workhorse is the ability to deal with the toughest terrain and weather.

To make sure this goal is constantly met, Mitsubishi Motors keeps a team of test drivers around the world to test the soon-to-be-introduced pickup truck model to its very limits.

These days, everything falls into the capable hands of two-time Dakar Rally champion (2002 and 2003) Hiroshi Masuoka, who happens to be the chief expert at the Corporate Planning Office and the Development Engineering Office of Mitsubishi Motors.

Masuoka’s most notable achievement outside of work was hisvictory at the Dakar Rally in 2002 and 2003, making him just the fourth driver history to win back to back. 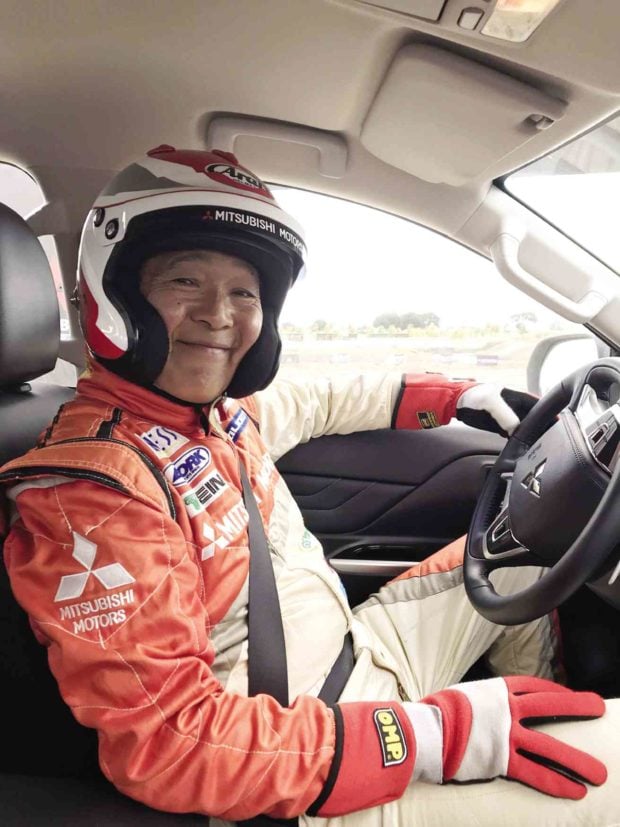 Among his other racing achievements include bagging the championship title in the 2003 Baja Italy and the 2004 UAE Desert Challenge.

Masuoka, who graced the Philippine launch of the new Strada at Pradera Verde in Lubao, Pampanga last Saturday, gave a driving exhibition and even allowed guests (including members of the motoring media) the chance to experience a rally ride—with him at the wheel—around a specially designed course that offered plenty of sharp turns and lots of dips.

The ride lasted only about a minute, and when we wrapped up, I found myself surprisingly disappointed as it was over. Still, Masuoka was kind enough to allow a quick chat as we waited for the next batch of passengers. 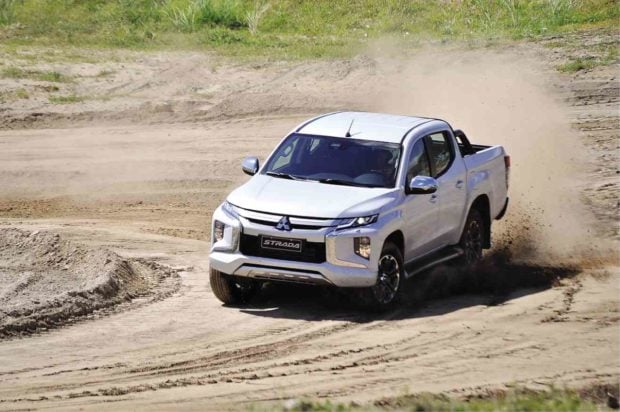 Masuoka putS the Strada through its paces.

According to Masuoka,the new Strada “has been put through rigorous testing all over the globe in extreme conditions to ensure it could tackle all sorts of road conditions.”

He further explained: “Proof is the addition to this new off-road driving modes (Gravel, Sand, Rock and Mud/Snow)” so that these various modes will vary torque between front and rear axles to improve traction in varying road conditions.

While the suspension set-up—double wishbone in the front and leaf spring in the rear—remains unchanged, the rear gains bigger dampers resulting in both better shock absorption and rebound whether the pickup truck’s bed is empty or laden.

Our limited time in the new Strada, nonetheless, left us with a positive impression.

With prices starting at P1.165 million (the top end variant only costs P1.67 million), this freshly minted pickup truck is sure to a gain strong position in the marketplace.