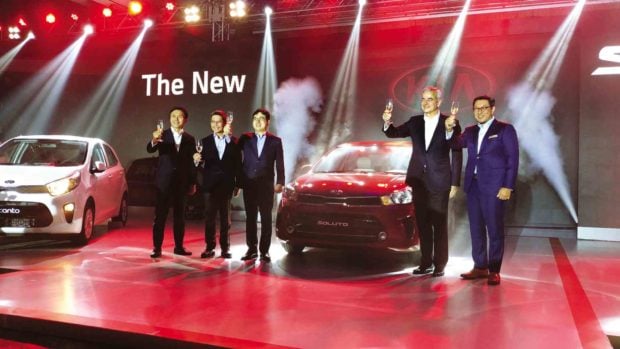 Think of it as like Popeye finding his can of spinach when a sputtering Kia brand in the Philippines got “adopted” by the uber-powerful Ayala Corporation sometime late last year.

When Kia Philippines was formally re-introduced the night of Jan. 30 at the Makati Shangri-La, what the public saw was the trademark energy of an Ayala debut—grandiose yet substantive.

And Kia Motors Corp. (KMC) was keenly aware of the happenings in the Philippine scene. In fact, it wanted to make a big splash during the event by way of the surprise global debut of the compact Soluto sedan, and then making it available first in the local market.

The Soluto’s price point of between P625,000 and P735,000 (with features and amenities usually reserved for higher-end cars) made the car a truly tempting mainstream option.

With AC Industrials, a wholly owned subsidiary of Ayala Corporation, now taking over operations of Kia Philippines, the over two-decade history of the South Korean carmaker in the Philippines now seems to have become a mere “branch” in the 185-year-old family tree of the Ayala group, the country’s oldest and largest conglomerate.

On a global scale, however, the Kia brand is right there with the corporate bigwigs, despite just being relatively young (at 75 years), and making a substantial impact in the automotive industry at around the turn of the millennium and in the early 2000s.

Kia Motors Corporation is the oldest and second largest automobile seller in South Korea, selling 2.81 million vehicles in 2018 in 185 countries through 24 sales offices and over 6,000 dealers.

A strong, sustained push in the local automotive scene to match the strength of its global stature: that’s what Ayala supposedly can do for Kia Phils. in the next chapter of its corporate and brand existence.

Credit is due, however, to Columbian Autocar Corp. (CAC) for being bold and visionary enough to bring in an unknown Kia brand in 1994, a move that paid off after just two years when CAC found itself catapulted to the number 4 spot in the Philippine automobile market.

Under the car development program of the government, CAC marketed the ubiquitous Kia Pride as the “People’s Car,” elevating the brand into a household name.

In the new corporate setup, CAC becomes a minority partner, still represented in the board of the joint venture company.

The mysterious silence of the Kia brand in 2018 was seen as a setback, no doubt—but not something considered beyond repair.

Kia Philippines president Manny Aligada told Inquirer Motoring during the Jan. 30 launch: “The brand was never damaged. It was just not in circulation. Other brands suffered some issues (here or globally). But Kia never had any issue. It was steady.

“What happened to Kia (in the Philippines) was that it just disappeared from public view, and therefore people didn’t continue the purchases. So, everything in the business dynamics was affected negatively, but the brand per se was never challenged.”

Imagine yourself as a successful businessman who owns a six-car garage. You have a Volkswagen, an Isuzu, a Honda, a KTM motorbike, a slot reserved for Maxus, and then a troubled Kia. What would make an ever prudent moneymaker like Ayala take home a “problem” brand?

Aligada explained: “If you look at the auto industry trajectory from 2015 to 2017, these were the glorious years when everything went north, but Kia went south.

“The focus just wasn’t there. We at Ayala saw an opportunity. Kia was a strong brand globally, rated well in the United States for its after-sales experience.

“The reliability of the vehicle was very high, and the Korean automotive technology remains very stable.

“The other (strength of the brand), is styling. It’s very classy. The product designer is European.” 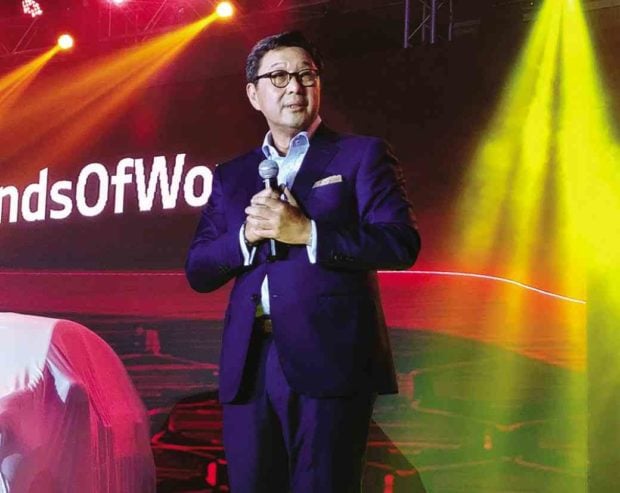 Aligada added: “The experience of Ayala in distributorships is substantial because of its exposure in Honda and Isuzu. We have been dealers since 1991 for Honda. We have the experience as a distributor in Volkswagen.

“This is not a new capability for us. That’s the reason why we believe we could work on Kia.”

Shot in the arm for dealers

For the 35 or so Kia dealers stuck in limbo the past year, the Ayala takeover must have also felt like a shot in the arm.

Unanimously, they agreed that Ayala did, indeed, provide a strong boost for the brand.

Goho said: “Kia is in good hands since Ayala has extensive automotive experience. The challenge they face now is to bring Kia back and bring it to an even higher level, but since Kia was somewhat dormant for 2018, there is nowhere to go but up.”

He added, “We anticipate positive changes (in our dealerships) in all aspects: sales programs, product line, and retail standards.”

Sornet said, “Ayala is a stable economic business partner. It will provide a strong brand equity, especially during the transition period to adapt with the current Kia dealers as its primary objective.

“Regular Kia vehicle distribution will be the significant change, with a responsible vehicle pricing in all car segments in order to present to partner banks solid and viable Kia car values.

“Plus, the provision of a new model, the Kia Soluto, joining the competitive small passenger car segment has immediately created noise to the brand perception.”

Sornet added: “The past three years saw a steady decline (for Kia), which made the previous distributor, CAC, concentrate more on aftersales than sales distribution.

“(This was bolstered) by the JD Power 2018 Philippine Sales Satisfaction Index Study showing Kia in the Philippines receiving the highest rating with an industry-topping overall score of 842 out of a possible 1,000 points.

Aligada said of the Soluto: “It’s a model that would play in one of the biggest segments in the industry. And therefore when we saw this, we said this should have an active play in the game.

“It’s Korean technology and design, made in China. There’s nothing wrong with that because the technology being used is like the other brands that are made in Thailand.

“Is there an issue? No. Because there are Japanese brands that have set up factories in Thailand. And because of that, we think that this will be able to satisfy a good segment size of the market.” 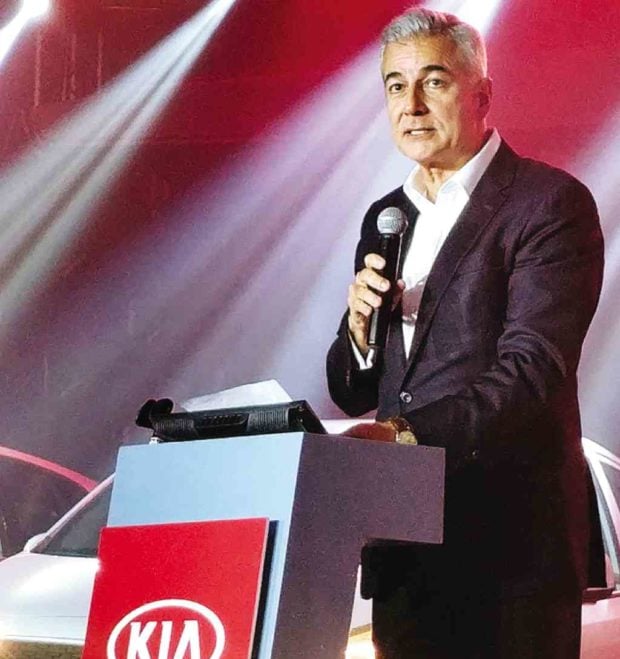 Focus on the younger segment

The re-launched Kia intends to capture the younger segment of the automotive market, as Aligada announced that KMC would be sponsoring the World Tour of the Korean pop music all-girl super group Black Pink.

The next “unboxing” will be during the 2019 Manila International Auto Show in April, and sometime in the last quarter for the third vehicle reveal.

Kia has a network of over 35 dealerships in the country. Under ACI’s wing, every Kia dealership is expected to deliver the “Kia Promise to Care Program,” which will ramp up aftersales service quality, competence, and parts availability.

Now given much bigger, more powerful wings to fly even higher and faster, can Kia Philippines expect no more unpleasant surprises from here on?

The market, which is now bombarded with so many choices and other pressing motoring concerns, will have the final say on that.