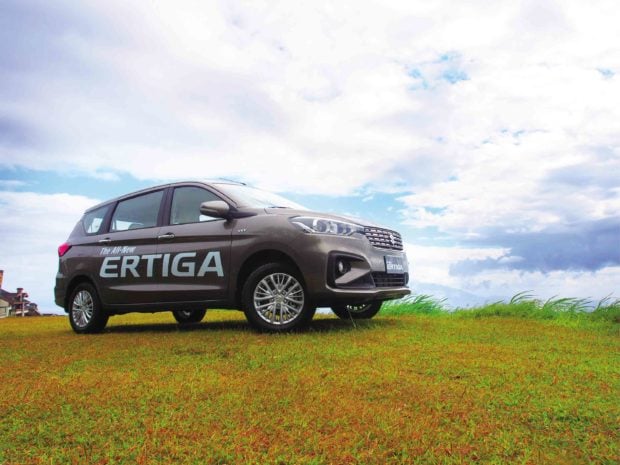 “How was the third row seat?”

“Will it fit in my small garage?”

“Is it fuel efficient?”

“Does it have a big screen monitor?”

“How about a back sensor and rear-view cam?”

My female friends who already have kids and on the hunt for an MPV, ask me these questions most frequently when they learn I’ve been trying out this or that multipurpose vehicle.

By definition, MPVs apply to tall, spacious versatile cars that can carry five to nine passengers, or a combination of people and cargo.

It should combine the maneuverability and agility of a compact car with the spaciousness of a family van. 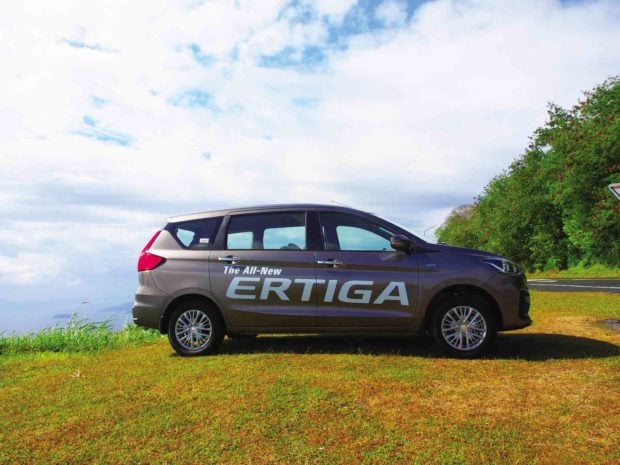 And when it comes to MPVs, I have to admit, I have a bias for the Suzuki Ertiga. Not that there’s no historical basis to warrant it.

I had always admired this unassuming Japanese car brand’s practical, elegant, yet affordable take on its vehicles, even more so when it consistently placed at the top of the Department of Energy’s fuel economy/efficiency runs.

Suzuki, in general, already has a solid reputation for making stylishly designed compact cars, compact SUVs and 4x4s, and now MPVs via its Ertiga.

Auto historians such as Tony Lewin have noted that Suzuki has achieved global success by sticking to what it knows best—designing and engineering small cars and small-to-medium 4x4s, and by making itself invaluable to other automakers by providing them with a handy supply of off-the-shelf models to fill gaps in their lineups.

In the Philippines, one of Suzuki’s best-sellers has been the Ertiga. This MPV is understandably bigger than most of the brand’s product lineup.

Introduced in the Philippines in 2014, the name “Ertiga” is said to be a derivative of the “R-tiga” (wherein the “R” stands for “rows”, and “tiga” means “three” in Indonesia).

Last Jan. 31, the second-generation all-new Ertiga—now bigger and more spacious—had its first media ride-and-drive from Manila to the Tagaytay Highlands in Cavite.

Here are 10 of the more significant observations of our drive with the all-new Ertiga, which my curious girl friends can check for themselves at their nearest Suzuki dealerships: 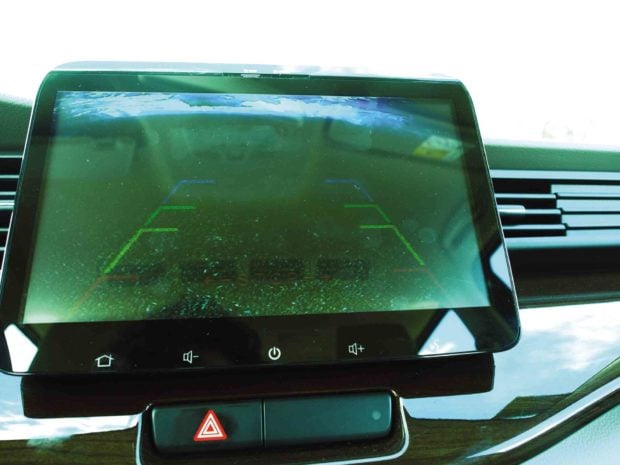 The legroom, headroom and butt spaces have been expanded. The new Ertiga is longer by 130 mm, wider by 40 mm, and taller by 5 mm than its predecessor.

The ground clearance is lower by 5 mm from the previous Ertiga.

What my 5-foot 2-inch self did during one stretch of the trip was to sit way back at the third row—just to find out for myself if what Suzuki Philippines claimed as more legroom at the rear row was true. And it seemed it was.

Another passenger, a male with a height of around 5 feet and 7 inches, was seated at the second row, and he didn’t need to slide his row forward to give my knees some space.

Suzuki has somehow expanded the cabin space to make the third row more comfortable, and yet allotting even more space for the rear cargo.

2. Which brings us to that expanded luggage space.

The luggage space has 153 liters, 40 liters more than the current model. With a collapsible floor, the expanded luggage space becomes 199 liters. 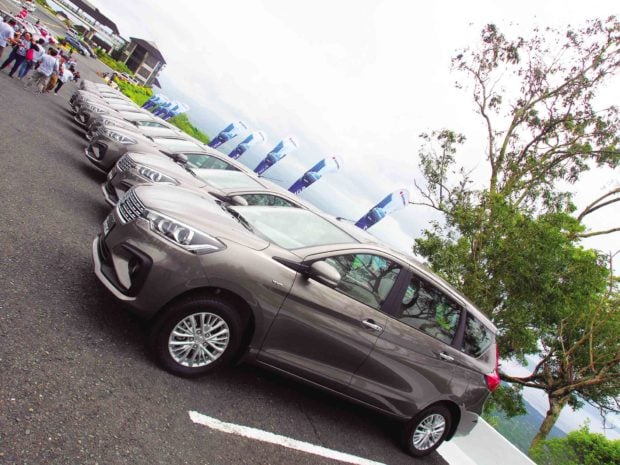 Philippine motoring media get to experience the new Suzuki Ertiga from Manila to Tagaytay Highlands and back.

The rear row also has a reclining and tilt down mechanism, with the 50-50 split third row seat reclined by up to 16 degrees.

Thin steel panels were installed in the back of the second and third row seats, keeping the luggage stable when loaded.

Take note of the ventilated cupholders, too. Cooler vents in the cupholders beneath the center console help prevent cold beverages from becoming warm.

The rear door opening is 925 mm wide for easy passenger entry, and loading and unloading of luggage.

It also has door open stoppers that make it easier to get in and out on little spaces between cars in parking lots.

When the seat back is upright, the seat can be slid to any point in a 140 mm range to maintain optimal ingress/egress for both second and third row passengers.

A quick glance of the front fascia makes you think it looks like a Toyota Innova, while the rear gives the impression that it’s a Mitsubishi Xpander, but that’s where the (unintentional) similarities end.

The rest of the Ertiga’s exterior design carries its own strong, elegant personality.

Elegant features include changing the bulky-looking dashboard into something deeply sculptured, elegant, and wide-looking. 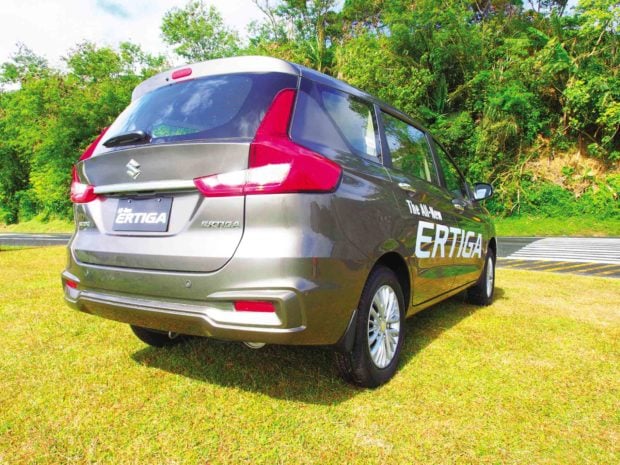 The interior looks fresh. Thanks to its fabric, the Ertiga interior generates an ambience of elegance, primarily for its color scheme of cream and light beige.

The downside here, though, is that this choice of color can be prone to cleanups.

The high-end and mid variants have three-dimensional shiny brown fabric. The high-end variants offer aircon controls on the second row.

I drove the Ertiga around Tagaytay, and it had better stability even when negotiating curves owing to its low profile and compactness. It had decent fuel mileage, as well. Other Ertiga units showed 16 km/liter on their fuel gauges.

8. A reverse parking sensor and camera

This feature is truly important, especially if you have sneaky, playful kids who may decide to play hide-and-seek with you and stand at the back of the car. Ultrasonic sensors on the rear bumper detect obstacles.

9. Suzuki’s platform technology, called Heartect, has made it possible for the Ertiga body to become lighter even as it has become bigger.

The underchassis components have been made lighter. Everything has been changed. The overall body construction uses a thinner, but high tensile, sheet of metal to make the body lighter.

Suzuki engineers have gone to great lengths, indeed, to insulate passengers from outside noises coming from the road, exhaust, engine, wind, and rain.

Check out the Ertiga for yourselves. Bring the rest of your family along. Make your cast of characters run up to seven. See how, for less than seven figures, from P728,000 to P978,000, every member of your gang gets their own airspace in the new Ertiga.