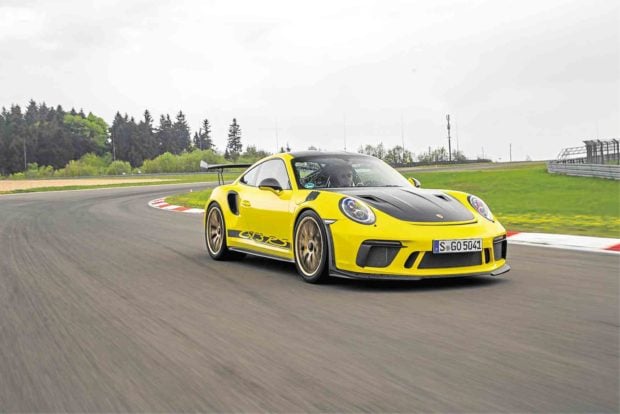 We tend to be asked this question in particular about specific vintage cars or the more modern Porsche GT cars. It is rather tough to answer.

We have tested some extremely rare 911s, such as early GT2s and GT3s, and special lightweight models that had us amazed when the cars rolled up having been driven through traffic by someone’s driver.

Or when we get a little sideways on the track after going through all the 911 turbo models, and wondering if it was smart for us to be allowed to do this.

(We thank you, you know who you are, for that.)

This is the question with the Porsche 911 GT3 models we tested last year on the Grand Prix Circuit of the Nurburgring.

We had on hand an array of all the GT3 RS family from the earliest models, and these included cars with certain details (the much hated somewhat squashed headlights on the 996) that were the cause of much controversy and complaint.

Yet, that earliest GT3 RS model was considered by many enthusiasts on hand to be the most beautiful, and potentially the most valuable going into the future.

So what do you do?

Incidentally, it was also one of the cars we could not bring out onto the track in the rain, given that combination of rarity, value, and race car-twitchiness, plus over-excited drivers.

Yet, we went out with much joy in this new 911 GT3 RS, a bright yellow one, in varying degrees of track wetness.

What would have put us into the walls with older cars was now a fun-learning experience. 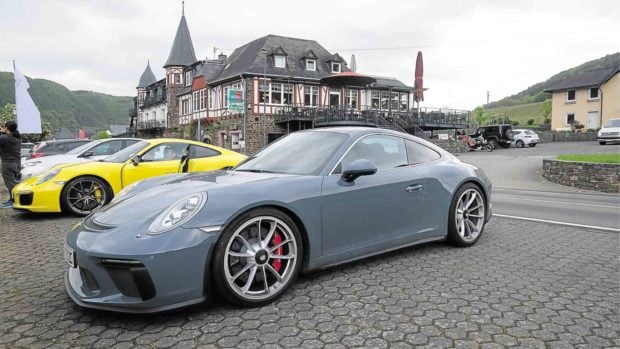 An array of Porsche 011 GT3 RS models ready for a spin on the Grand Prix Circuit of the Nurburgring.

Because Porsche isn’t doing just the insane horsepower stuff anymore, it is giving more people a better chance of surviving the experience.

Yes, the car still has crazy power, just over 500 normally-aspirated horses to the rear wheels. And the power is not turbo-charged, which means a more linear delivery, which in turn means more of the ability to throttle-steer the car.

The GT3 RS is pretty much the final evolution of the normally-aspirated engine that is currently used on it and race cars.

Indications of seriousness? No badge on the front, just a sticker (too much weight on a badge, plus why mess with smooth airflow?).

But the real big deal with the car was when they told us not to turn off traction control.

Understand that in many car tests, they tell us not to turn off the safety systems. But in some of these more extreme drives, they say its our call so we can better understand vehicle dynamics at the edge of grip.

In the case of the new GT3 RS, they said: You won’t be penalized. We’ve set up the systems so that they are far more loose and supportive as opposed to tight and constricting. Go ahead and try it. See how you can drift on that corner off the straight, the one that’s not dry yet. 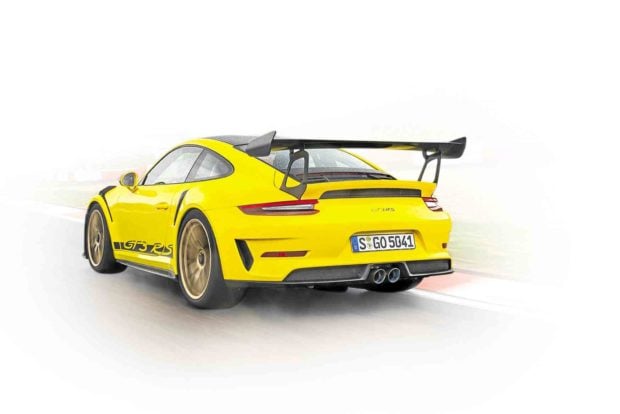 This latest GT3 RS is the final evolution of the normally-aspirated engine currently used on race cars.

And they were right. The new 911 GT3 RS is surprisingly easy to throttle-steer, you can break traction and adjust your angle pretty easily and guide the car at an angle along the curve.

What this allows you to do, besides look really cool, is that you can point the car so that you can make that curve seem a little straighter.

And once the front wheels are pretty much in line with the rears (meaning you aren’t turning the wheel off center anymore), the power comes on.

Getting on the power out of a curve earlier means you get to the next one quicker, and so on. 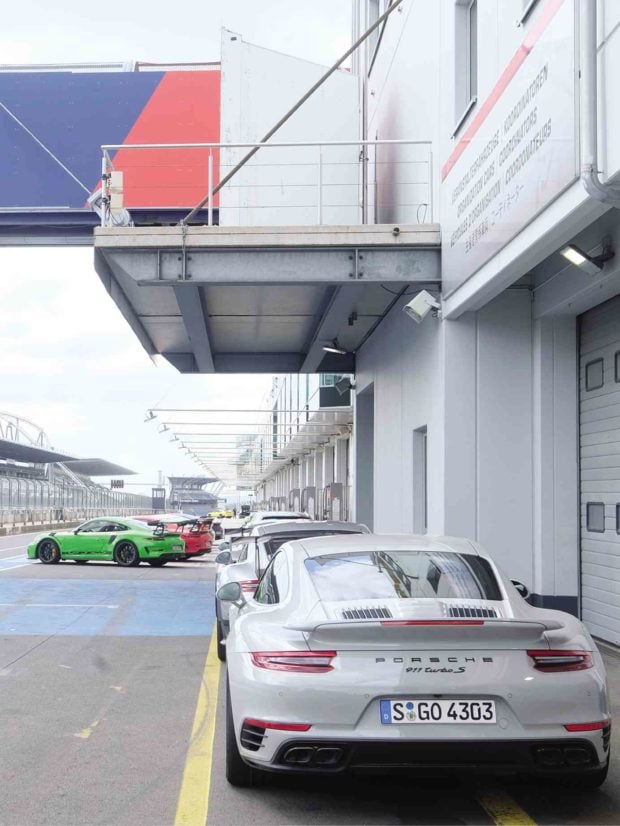 In racing, it isn’t so much about entry speed as it is about exit speed. With this car, you can dive into a corner, set up, and then kick it.

Now admittedly, this car doesn’t show you into the next dimension like the lighter, hotter turbocharged GT2 RS.

Rather, the power comes on smoothly and controllably. And in racing or running a car seriously on track, that is the key.

Additionally, this car is really meant to go around corners more quickly, thanks to all the improved aerodynamics.

Drive it or keep it? Your pocket may say keep it. Your heart, soul, and right foot won’t agree. 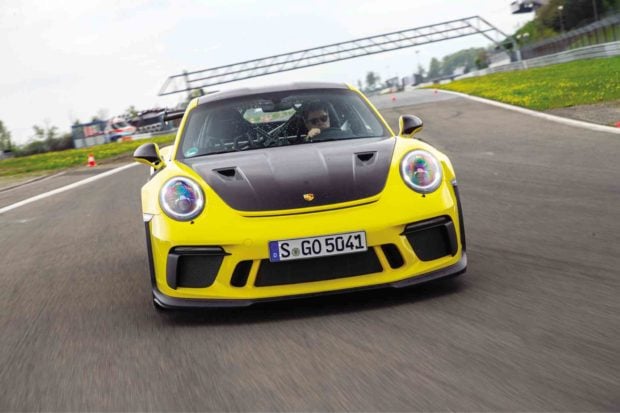 Power, just over 500 normally-aspirated horses to the rear wheels, is not turbo-charged.