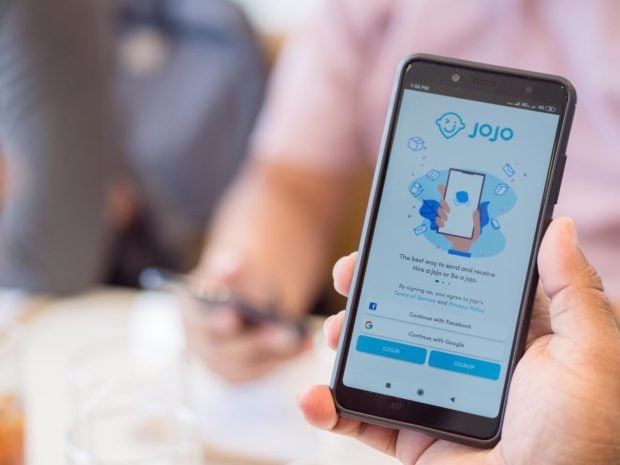 Aiming to change the way packages are delivered within Metro Manila, the “Jojo” mobile app would like to turn time wasted in traffic into time spent earning a living. Photo courtesy of the Jojo App Team

MANILA, Philippines — Who would have thought that being stuck in metro traffic can still bring cash into one’s pocket? Makers of the innovative “Jojo” mobile app did.

Eyed for takeoff later this week, Jojo aims to introduce a “new concept” and promote a more sustainable way of shipping packages within Metro Manila. It would connect senders to transporters “who are already heading towards the direction of your package.”

“For example, I’m an online seller and I’m based in Quezon City and then I have a package that needs to be shipped to Makati. With traditional shipping, I would have to go to the drop-off center or wait for the courier to arrive to my place and then the package gets shipped in around two to three days,” explained Jojo app’s marketing manager Eunice San Miguel during Tuesday’s media launch.

“With Jojo, we would connect you and match you instantly with the transporter whose already heading to Makati, so its essence is isasabay niya ‘yung package they already have to a place na pupuntahan niya na talaga,” she added.

According to San Miguel, this ingenious way of delivering packages would create a “win-win situation” for both sender and transporter.

“Kasi the sender gets fast and efficient shipping while the transporter gets to earn extra going to a place he’s already headed to,” she said.

The app, which will be commercially unveiled on Friday (March 8), will be available on Apple Store and Playstore.

San Miguel said a sender can just click on the app’s “send” button to start the delivery procedure. The sender should then fill in delivery details like item name, pick-up and drop-off location, and package recipient information, among others. The sender may even schedule delivery booking ahead of time.

Once particulars are accomplished, a four-digit code would be generated as a safety feature of the app. This code would be presented to the transporter and also sent to the recipient to ensure the package reaches the right person.

Once the transporter picks up the package and proceeds to deliver the item, the sender can trace his/her package since Jojo app provides a “tracker” button for real-time monitoring. The sender could also directly communicate with the transporter as provided for by the app.

San Miguel said the app allows delivery of legal items that would fit within the standard large bag pack (10x10x10 inches) for P99 in the first three kilometers and an additional P8 for every kilometer thereafter. The app would generate the total delivery charge.

San Miguel also said the sender has the option to pay the transporter directly or assign payment by the package recipient.

Currently, Jojo has 60 “reliable and trustworthy” transporters, who have undergone proper verification process, according to San Miguel.

Side gig in traffic

“The idea was the monetization of that wasted time (in traffic),” said Jojo’s chief strategy officer Jay Fajardo when asked what sparked the birth of the app.

He added that it would help commuters earn extra income from their daily commute.

To be a transporter, San Miguel said an individual would only need to download the app and create an account, tap the “transport” button on the app and submit the indicated applicable requirements.

After that, an applicant will receive the verification info and then choose the mode of transport they prefer using to move the items for delivery – either via car, or motorcycle or through commuting.

“If you can actually convert these commuters into transporters, you [create] millions of entrepreneurs, millions of transporters that have their own side gig and they can now turn a negative into a positive,” Fajardo said.

“So the time wasted is now time spent earning a livelihood,” he added.

For now, however, Jojo app’s website said it is “limiting the mode of transport to MOTORCYCLE.”

“However, the possibilities are endless. A Jojo Transporter can use a car, take the bus, his two legs and even an airplane in the future,” the website also said.