Future of mobility: Who will be moving us and how? 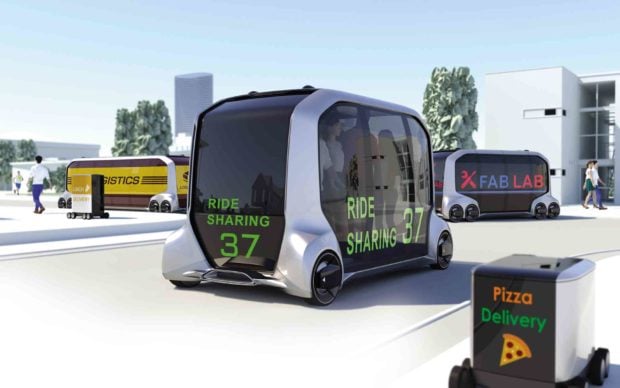 Much is said about mobility, and the future of mobility. It is a fairly common buzzword in the automotive industry.

What we don’t really know yet is whether this is a case of the cart coming before the horse, or whether the car companies are being led by the need (as seen by their futurists, marketing team, and so on) to make this change, or whether it is truly something that the company has taken to heart and soul.

At the biennial Tokyo Motor Show last held in 2017 (another one will be held this year), what I was most impressed about was not the flashy cars or the snazzy displays, but rather the items much further afield.

I was surprised at the amount of floor space dedicated to personal mobility and the support of that concept, and I was impressed at the levels to which new technologies and the rethinking of systems allowed designers and engineers to make truly different vehicles.

On the personal mobility side, we saw many solutions (think cool wheelchair alternatives and Segways) that were built with integration into society already thought through.

There were many examples on display and to test, and with any number of wheels used.

Additionally, there was serious determination to build vehicles that could accommodate traditional wheelchairs, as well as these more modern alternatives.

All this makes sense given the skewing of the average age in Japan nowadays. But it also is an attitude very useful for much of the rest of the world.

On the public mobility side (think buses, vans, and people movers), we saw vehicles that were meant to take advantage of flexibility and interchangeability in combination with the demand for cleaner, greener fuel alternatives.

The shipping container concept, for example, with people brought around in very nice containers, that are in turn pulled or carried around by a chassis powered by something other than fossil fuel.

Transacting business in a rolling store

The systems become very flexible and interchangeable, and as a result, can take advantage of new technologies without necessarily trashing all the previous fleet or infrastructure.

Even on the commercial side, we saw increased flexibility in design and interior for small delivery vehicles.

Think of the file storage systems or consumer purchase points where items come out only as needed, rolling or swinging out on demand with a software system deciding the most efficient loading and unloading flow. Which is, incidentally, just what they do now for aircraft, maritime, and even train and truck optimization.

What brought this all to mind lately?

Mobility while working inside a vehicle

Two things: One is the next Tokyo Motor Show later in the year. The other is an ongoing discussion with KAIST, the Korea Advanced Institute of Science and Technology.

This organization is so entrenched in technology that other institutions are worried about its artificial intelligence studies being devoted to the development of killer robots.

KAIST has decided to focus its interests in the future of mobility for the world, as shown by its development of concept vehicles.

The results of this global study will come out soon, but what was eye-opening was how widely diverse the offerings are once you got past the usual flashy concept sports cars and SUVs, who actually went further than just simple changes to existing systems and platforms, and who truly tried to rethink the way they move the world.