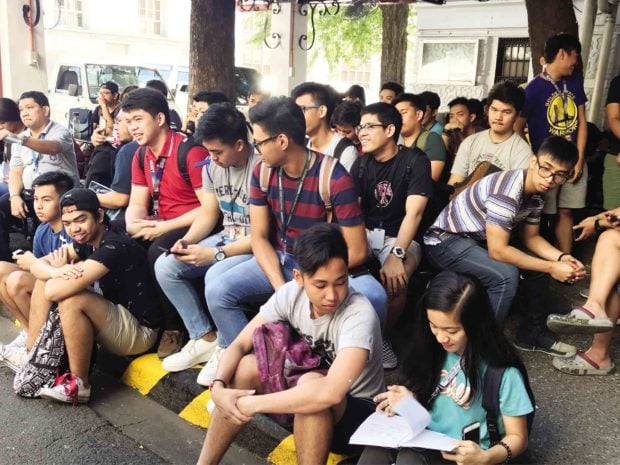 “I hope this will be my first car,” quipped Anthony Malana, a third year mechanical engineering student, while he test drove the Prius C last March 18 inside the Mapua University school grounds in Intramuros, Manila.

Anthony wasn’t the only Prius convert that day. Toyota’s hybrid hatch won over many other young but analytical minds within just the few minutes after sitting behind the wheel.

TMP had earlier forged a partnership with Mapua University’s MME department as part of the car company’s first leg of an educational caravan.

The occasion offered both students and faculty a firsthand look at the benefits of HEV technology through a symposium and an all-day test drive activity.

After attending the seminars and test driving the Prius C, Anthony said: “The Prius C looks like a normal car, but the technology behind it, and what I saw under the hood, really impressed me.

“The essence behind how it was built, how it helps the environment without losing its practicality, is what makes it stand out. I hope more hybrid cars like this would be driven in the Philippines.”

Angelou Quindoza, a third year mechanical engineering student who was one of the first to drive the Prius C in the campus, seconded the observation: “This hybrid technology is impressive because two (drive) systems are being used. With climate change, it is important that we patronize hybrid vehicles like this.”

“It’s a real eye-opener for us,” said Paolo Napao, a third year Manufacturing Engineering student. Paolo also attended the educational seminar. “You barely notice the engine starting because it’s so quiet, and the self-charging battery makes it very convenient,” he added.

Throughout the event, the students were able to break down the synergy between the gas engine and electric motor and battery of the Prius model. 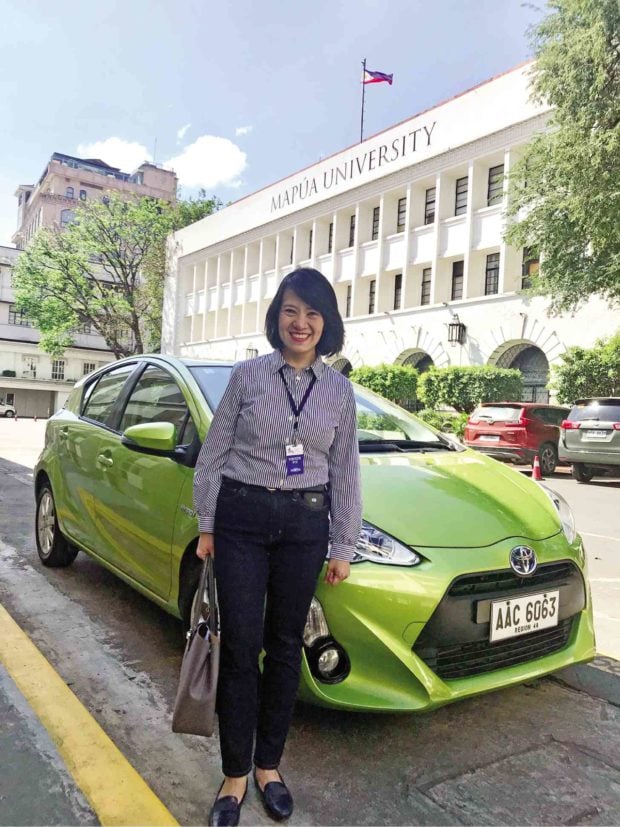 He added that the battery limitation and range were the hindrances to the general mass acceptance of new technology such as EVs.

“Thanks to hybrid technology, the anxiety range among would-be buyers is addressed. This is part of our advocacy,” Isla said. With full EVs, the country’s transport infrastructure would require a lot of charging stations.

TMP first vice president  Cristina Arevalo, who graced the ceremonial ribbon-cutting with student council leaders, told the students: “Our goal is to raise public awareness on the advantages of using HEV technology. There is no better way to start the advocacy than with our future engineers and craftsmen, who will shape our tomorrow.”

Arevalo told the crowd that when TMP introduced the Prius in 2009 in the Philippines, “there was widespread interest, but we were not able to sustain that because there were some questions in mind.

“There are myths and misconceptions about the technology. We would like to take this opportunity to explain to you what hybrid technology offers, the benefits to the environment, to the society, and to economics, among other things.

“This is the fourth generation Prius, but our efforts today is just the start. As part of our year-round HEV education campaign, you’re the first school in this campaign, and we really appreciate your participation.”

She further told the students: “We would like to offer an opportunity for you to find ways to actually help address our environment issues.”

Accompanied by a Toyota technical representative to answer questions, the test drive activity was enjoyed by almost a hundred student-drivers.

TMP brought in technical experts coming from its manufacturing plant in Santa Rosa, Laguna to conduct three one-hour symposia discussing the environmental impact of emissions from various energy sources, and how fuel-efficient but powerful hybrids like the Prius contribute to minimizing the automotive industry’s carbon footprint.

Arevalo told Inquirer Motoring: “We’ve always been communicating about the hybrid technology through trimedia, but the awareness level (is still lacking). So we thought of doing face-to-face conversations with students and faculty, professors and instructors.

“The impact would be more lasting. Eventually, this will be a nationwide, long-term campaign. Even if just 50 students learn about it and talk about it with their family members and friends, that’s a big improvement already in raising awareness.”

Students chanted: “Go meatless for the environment!”, and many others remarked that the tacos tasted like real ground pork without the cholesterol and wasteful practices that went with the production of animal-based foods.

Quorn, which is already owned by Philippine-based Monde Nissin, cited in its environment sustainability report that animal-based foods, particularly on the current global scale of livestock production, represents the inefficient use of scarce land and water, and is a principal driver of deforestation and habitat destruction, and a prime example of the inhumane ways animals are treated.

Quorn provides an efficient and sustainable way of producing a healthier protein source, called mycoprotein, without the need for raising livestock.

Mapua University is currently the first Toyota partner in its series of HEV campus tours, with University of Santo Tomas (UST) and De La Salle University (DLSU) to follow in the coming months.

This TMP effort is aligned with the Toyota Environmental Challenge 2050, poised by Toyota Motor Corporation president Akio Toyoda to promote a sustainable approach to the future of mobility.