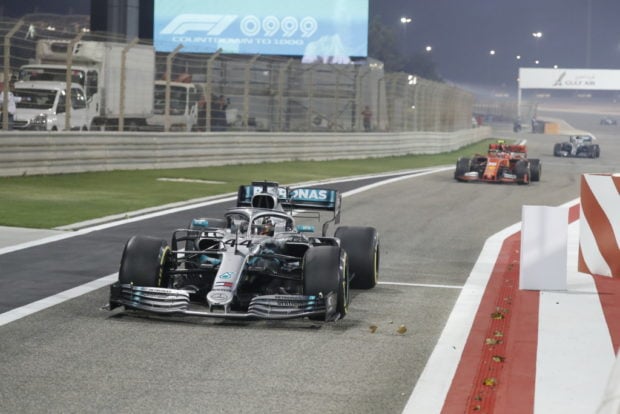 Ferrari were coming off their lacklustre performance in Melbourne, with hopes of trying to get their car sorted for its title assault. A huge points deficit to Mercedes-AMG, the defending champions, is something they were eager to avoid.

Sebastian Vettel and Charles Leclerc immediately stamped their authority by claiming top spots in all three practice sessions, then, when it all mattered, the duo locked out the front of the grid in qualifying. Charles pipped his teammate for P1, earning his first ever pole position, in only his second race for Ferrari. The youngest Ferrari driver, Charles, was in a league of his own, managing to grab pole with a 0.294 sec buffer to Vettel and 0.324 seconds to P3 man Lewis Hamilton. Australian GP winner Valtteri Bottas could only manage P4, with Max Verstappen in the Red Bull taking 5th

Expectations were high in the Ferrari garage, as both their cars were significantly faster than their rivals. At the start it showed. Sebastian, who had a better start than Charles, grabbed the lead, leaving Charles to fend off attacks from both the Mercs . The Monégasque had trouble getting his tries to grip properly, which gave Bottas the window to sneak past to claim P2.

The rookie Ferrari driver was undeterred. Charles fought back, and, even had the speed to vault past Sebestian Vettel to take the lead on lap 6.

Everything was working well in the Ferrari garage, and, their drivers were running away with the race. Everyone else looked like amateurs in comparison. The scarlet cars managed to have a large buffer before the first round of pit stops.

Lewis Hamilton tried the undercut to Vettel on lap 14. The Merc came out still with soft tires bolted on, and  the following lap Sebastian dove in, but came out on the Pirelli mediums, just behind the #44 Merc. The undercut worked, albeit momentarily. The #5 car had the speed to fight back and shadowed Lewis until his tires lost grip. This gave Vettel the opportunity to swoop past the Mercedes on lap 23. The tifosi were ecstatic!

This was the running order for most of the race, and it did seem that it was a Ferrari benefit. But, as with any good story, there has to be a twist, a turning point, or a heartbreaking moment.

The downward spiral began after the 2nd round of pit stops. Vettel and Hamilton were locked wheel to wheel, fighting for position, for that all important second place. Lewis was relentless, forcing Sebastian to take defensive action. Lewis’ drive surprised the four-time champ which caused the German to spin out, damaging his car’s nose in the process. The entire front broke off the Ferrari in spectacular fashion, lodging itself underneath the car. Vettel had no alternative but to pit for repairs.

Meanwhile, Lewis now only had Charles in front, 10 secs ahead. Hamilton was poised to take P2, but, everything unraveled for the #16 car on lap 46.

Charles was losing power. The Ferrari pit wall were at a loss on what happened, and, had no remedy for the lack of pace. Leclerc, who led majority of the race, was left with the prospect of trying to defend his position from Lewis and Co. With a speed deficit of about 45 kph, the Ferrari was a sitting duck.

Mercedes then informed Hamilton of Leclerc’s predicament, urging the defending champion to catch the ailing Ferrari. Lap 49 saw Lewis sweep past the struggling Ferrari for the lead, and eventually win. 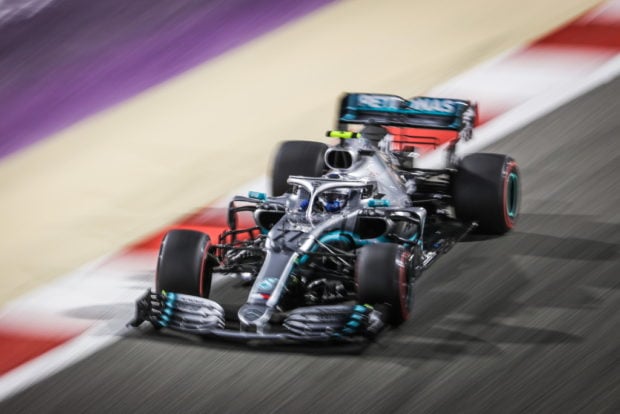 But it didn’t end there. Bottas also joined in the hunt and claimed second place on lap 54. Leclerc, who didn’t put a foot wrong all race long, was in danger of losing a podium spot when Verstappen had him in his sights. Max was bearing down on the Ferrari, then fate again intervened.

Both the Renaults of Hulkenberg and Ricciardo crawled to a stop, just seconds apart, in the very same area. This brought out the safety car, with just two laps to go.

Race control deemed that the race finish behind the safety car, giving Charles Leclerc the podium he so rightfully deserved.

Lewis Hamilton crossed the line to take the win in Bahrain, and in second place was his team mate Valtteri Bottas.

At the post race interviews, Lewis and Valtteri both expressed their admiration on how Charles conducted himself, citing the fact that the youngster drove brilliantly, and with his current form, it won’t be long before he claims his first win. 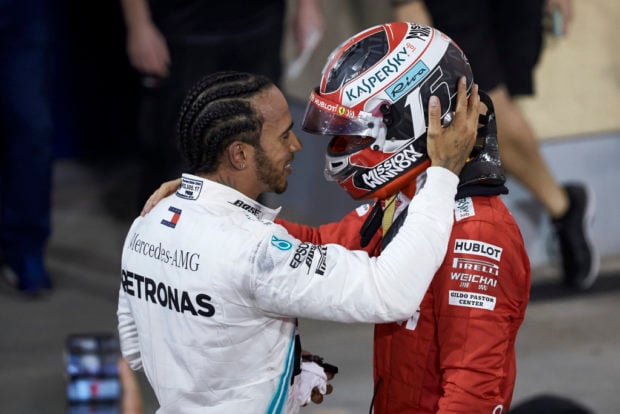 Bottas, by virtue of the extra point he got for bagging the fastest lap time in Melbourne, still holds the lead in the drivers standings with 44 points, with Lewis 1 point back. Verstappen retains 3rd with 27 points. Leclerc now stands in 4th place four points ahead of Vettel, who is in fifth.