Starting May 6, DOST will show that we don’t need imported trains 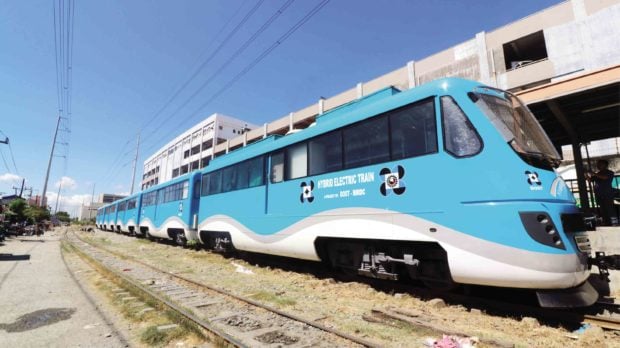 The news stories the past week have been discussing extensively about the Department of Transportation’s plan to bring in Chinese expertise to develop the country’s antiquated railway system. This plan involves a P14.38-billion contract.

A month ago, this writer was invited by Rowena Cristina L. Guevara, PhD, the Department of Science and Technology’s undersecretary for research and development to her office in Bicutan, Taguig City. There she gave me a brief but rather comprehensive overview of the department’s proposed mass transportation solutions.

A big part of the solution involved our on-ground railway system, and how important that the trains that we will use be Philippine-made. Why? She explained that in the long run, trains will need to be maintained and repaired, and imported trains would depend on foreign repair and maintenance crews, which would then be costly.

She stressed that Filipino engineers are already capable of designing and assembling world-class trains, and these are already being test run in General Santos City and in Cauayan, Isabela Province.

And so, while the Department of Transportation is going one way with its plan of rehabilitating the PNR, the DOST has taken another. The latter has gotten a head start. Last April 24, the DOST conducted the successful inaugural run of the first Filipino-made hybrid electric train (HET) from the Alabang, Muntinlupa City station to the Biñan, Laguna station of the Philippine National Railways (PNR). By May 6, this HET will make its first public run between the Alabang and Calamba, Laguna stations.

The fully air-conditioned train has a capacity of up to 200 passengers and can run up to 80 kph. The actual operating speed, however, will be limited to about 40 kph until the railways are fully rehabilitated and cleared of dangerous obstacles and human activities.

Along with the inaugural run, DOST Secretary Fortunato “Boy” dela Pena also presented the department’s other mass transportation solutions in the pipeline, which includes the Automated Guideway Transit (AGT) and the Hybrid Electric Road Train (HERT).

De la Pena also said that the AGT, the HET, and the HERT (in Isabela) are DOST’s mass transport projects that can already be implemented. 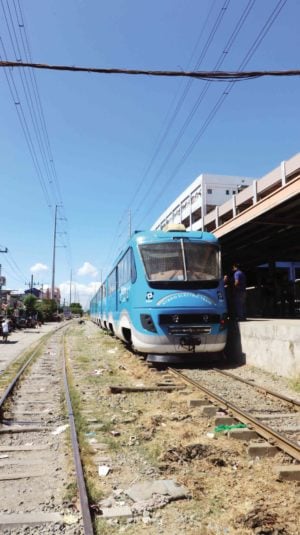 The locally fabricated AGT is designed to lessen travel time and promote an environment-friendly mass transit. Cheaper to make and operate than its imported counterparts like the LRT and the MRT, the AGT also has slimmer dimensions and can be built along narrow streets. Guevara said that the AGT costs just one-fifth for capital expenditure and maintenance of imported trains. She added that local engineers can solve problems or troubleshoot these Pinoy-made trains.

Guevara revealed that the HERT project already has 30 Filipino manufacturers that have banded into a consortium. “When we computed, these manufacturers can finish the 267 trains in two years’ time. These HERTs, which could run the Caloocan to Monumento to the Mall of Asia route, can travel in one hour. The stops would be every kilometer, with each stop taking just 20 seconds, and every HERT arriving at the stops every 44 seconds. The HERTs being tested are now in General Santos City and in Cauayan, Isabela.”

Guevara said that the metals and engineering companies in Cauayan have expressed intent to manufacture the HERTs, since all parts are locally available, and that the DOST engineers who had designed the HERT are sharing the information to their counterparts in Isabela and General Santos City. “In Isabela, the road train has five coaches, and each coach can carry 40. The one in General Santos can carry up to 60 people per coach. The smaller road train in Isabela can be put in Quezon Avenue, while the bigger version in GenSan can be put in Edsa. You just give us one of the lanes.”

“There’s a capacity for each lane in a highway. Our highways have mixed modes (bus, cars, jeepneys, etc). So every hour, with the existing mixed mode, that lane can just accommodate about 9,000 passengers. If you use the road train, the capacity will triple to 27,000 passengers per hour,” she computed. “And we just have to give up one lane.”

Of course, the decision to approve all of these mass transport solutions doesn’t rest on the DOST. The ball is now on the Department of Transportation’s and MMDA’s court.