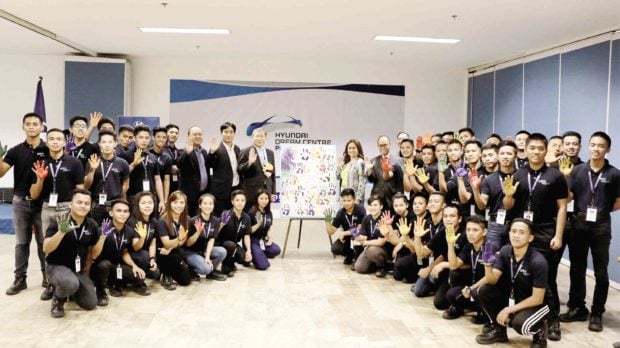 Hyundai Asia Resources, Inc. (HARI)—the country’s official distributor for Hyundai passenger and commercial vehicles—sales performance for this year’s first quarter did fairly well, taking a 10.22 percent market share, and no less than His Excellency Han Dong-Man, the Ambassador of the Republic of Korea to the Philippines offering his praise and continued support. One of the primary roles of an ambassador is to promote prosperity among nations through diplomatic relationships, and the Korean ambassador’s job is made easier with strong and very dynamic private commercial partners like HARI whose long-term vision and investments are beginning to pay off.

Ambassador Han was the guest of honor at Hyundai’s launch event at the 2019 Manila International Auto Show (MIAS) last April. Last May 6, HARI also hosted His Excellency at the Hyundai Dream Centre-Philippines (HDCP) in Sta. Rosa, Laguna. During the Hyundai launch event where it unveiled several up and coming new Hyundai models at the MIAS, Ambassador Han praised HARI for its role in promoting cultural and economic ties between Koreans and Filipinos. He charmed and wooed the crowd with his speech, which was partly delivered in flawless Filipino. The Ambassador said, “This is the 70th year of diplomatic relations between the Philippines and the Republic of Korea. It is my great honor and privilege to be with you all today at this wonderful auto show with Hyundai. Now, HARI means king, so I believe that HARI will be the king of all the vehicle brands in the Philippines.”

He added, “Korea ranks as the 4th largest trading partner of the Philippines, following the United States, China, and Japan. Last year, our trade volume reached $15.7 billion, increasing by 9.3 percent compared to 2017. Hyundai has contributed a lot to this, as Hyundai now accounts for more than 8 percent market share in the Philippines.”

According to the Association of Vehicle Importers and Distributors, Inc. (AVID), it reported 7,952 units sold for March 2019, with an 8 percent increase compared to the 7,380 units sold in March last year. This bucks the trend in the first two months of the year that saw a decline of 8 percent. For the first quarter of 2019, AVID sold 22,497 units, 3 percent lower than the 23,038 units reported in the same period last year.

During the MIAS event last April, HARI launched two new vehicles, the flagship SUV Palisade model, and fully electric Kona EV. The Palisade won the prestigious 2019 Red Dot Award for exceptional design in the category “Product Design-Cars and Motorcycles,” while the Kona EV is the first electric vehicle to be introduced in the country, reinforcing HARI’s vision in providing forward-looking mobility solutions in this market.

On a recent visit to the HDCP, Ambassador Han also cited that the center serves as an embodiment of the strong partnership between the Philippines and the Republic of Korea. HDCP, a world-class training and education hub where underprivileged youth train with Hyundai to be expert automotive technicians, was established last year in partnership with Hyundai Motor Company and Plan International. The center’s first batch of scholars graduated last November and have since gone on to begin careers with Hyundai’s nationwide network of dealerships. HARI’s strategy on empowering the youth with education and training is a win-win strategy by investing in facilities that offer world-class training that provide job opportunities and at the same time allows HARI an excellence manpower pool, as well. 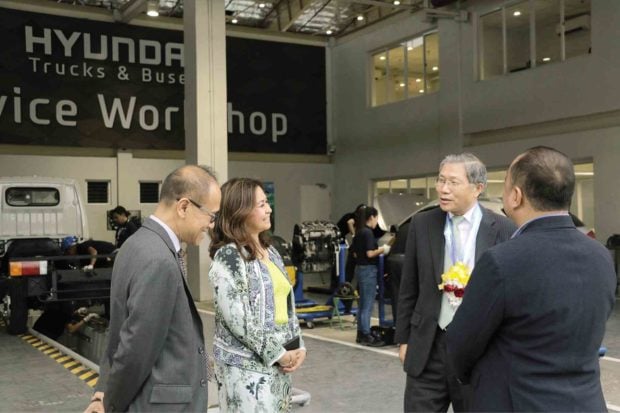 Ms Agudo furthered, “Our ‘human-ware,’ plus ‘hardware’ has been HARI’s formula in our almost 20 years of making cutting-edge Korean technology accessible to more and more Filipinos.”