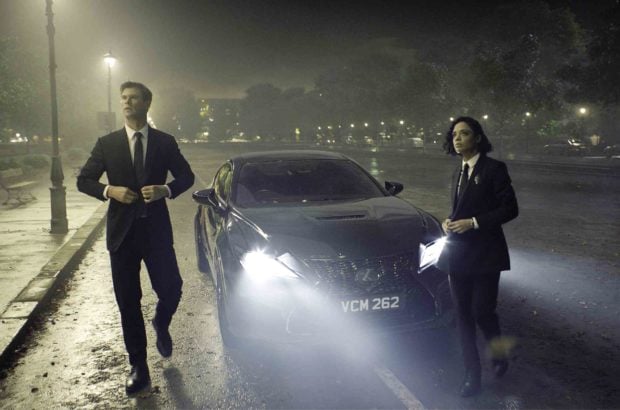 If your job is to protect the Earth from the scum of the universe—big bad aliens—then you’d better have the best equipment for the job. In the case of the “Men in Black”, a secret organization that keeps tabs of alien activity on Earth, this means ray guns, Ray Bans, black suits, triangular Hamilton watches, and of course, one mean car.

In 1997’s “Men in Black”, Tommy Lee Jones’ Agent Kay kept to the “leave no lasting memory” ethos of the group by sticking to a 1986 Ford LTD Crown Victoria. Will Smith as Agent J was not impressed, calling it a “P.O.S.” (that’s Piece Of S–t). With his penchant for style, Agent J got a significant upgrade in the movie’s sequel. Though it’s quite a bit flashier than the usual government-issue, the Mercedes E 500 became the Men in Black’s chase vehicle. It was back to a government-issue Ford for the time-traveling hijinks of “Men in Black 3.”

June 2019 sees the return of the fabled intergalactic police force in “Men in Black: International.” Two new stars will be behind the steering wheel: former hammer-wielding Asgardian Chris Hemsworth and former sword-wielding Asgardian Tessa Thompson. Their vehicle of choice for going after aliens will be the 2020 Lexus RC F.

Even before undergoing modifications at MIB headquarters, the Lexus RC F already boasts of having the most powerful Lexus V8 to date. With its handbuilt 471 horsepower, 7,300 rpm-redline V8, the RC F can accelerate to 100km/h in a tick under 4 seconds. The RC F reportedly has the best-in-class power-to-weight ratio.

The film version of the RC F will see its capabilities significantly upgraded to keep the alien forces at bay. This includes the infamous Big Red Button that allows the RC F to get airborne.

“We’ve added some top-secret capabilities to the RC F especially to assist the Men in Black agents,” said Lisa Materazzo, Lexus VP for Marketing. “For now, I can only say we’ve created a truly one-of-kind alien-fighting machine. We can’t wait for moviegoers to see the RC F as they’ve never seen it before.” 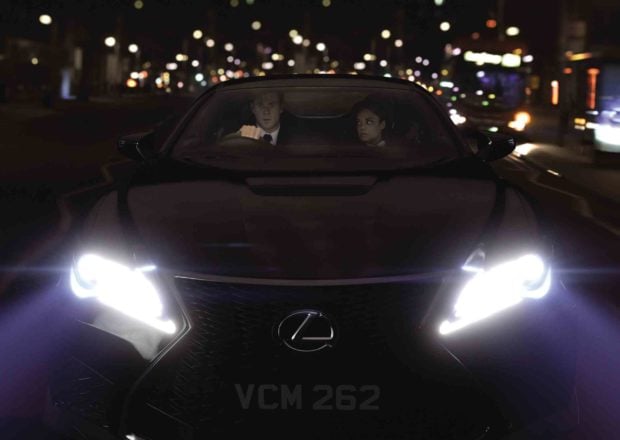 There’s additional eye candy for car fans, in the guise of a circa 1970s Jaguar XJ6. The Jaguar doesn’t just store weapons in its trunk. The weapons themselves pop out from the various sections of the car. There’s also a hovercycle capable of flying over Paris. Director F Gary Gray also helmed “The Italian Job” (2003) and “The Fate of the Furious” (2017), so expect a lot of eye-popping action sequences involving the Lexus.

The collaboration between Lexus and Sony Pictures’ Men in Black: International includes integration in the film, a co- branded TV spot, a custom Men in Black RC F, sponsorship of the film premiere, and a special event at Intersect by Lexus in New York during the New York International Auto Show.

“The Lexus RC F sports coupé provides the perfect vehicle for our team of Men in Black agents, led by Chris Hemsworth and Tessa Thompson, as they protect the galaxy.” No doubt, Agent Tessa will glance at Agent Chris and and remark, ‘looks like Sakaar all over again.’”