The most well-rounded X5 ever 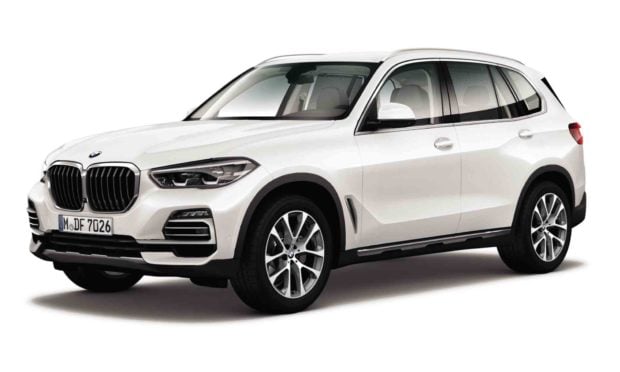 There has often been a love-hate relationship with the BMW X5. It came into the market early on, which was a bold move. It came from a company that was known for making the best-handling rear wheel drive sedans on the planet in the near past, and to many, the taller, heavier vehicle felt, well, too tall and heavy.

And oddly enough, people complained that there wasn’t enough space. Over the year, the X5, as have many other vehicles, has grown up. Matured.

SUVs in particular took advantage of the modern technologies that allowed you to make them almost defy the laws of physics by controlling almost everything in the car. Along with that came complaints that the driver was separated from the feel of driving. That things were getting too sterile, too isolated, too safe.

Well, technology also allows you to tune things now to a far more exact level. The end result, to me at least after a few hours of driving, was this. This is by far the most holistically put-together, well-rounded X5 ever.

And to be clear, I used to complain that they were trying to be something they were not. Here, now, the X5 is more clearly defined than ever. That may sound counter to what I also just said, but what I mean is that the X5 no longer needs to be defined by comparing it to others.

Now a lot of this has to do with specs, how the car is set up to move in this country. And I have to say it is pretty spot on. You don’t get the feeling anyone was cutting corners, or pushing you with one hand while taking away with the other. It is a hugely well-thought-out package.

It is a wonderful base on which to grow if you so desire, but it is in no real way lacking on its own.

The first thing many will point out is air suspension. It doesn’t have it. Frankly, I didn’t really notice. Air suspension allows you wider ranges of comfort and stiffness, in general, but the (non-air) suspension tuning chosen for the X5 are very well dialled in. You can adjust everything else as you would wish, by calling up the proper modes. Even within some modes, such as sport, you can tune individually. So huge flexibility.

And better than that, everything is far more intuitive and ergonomic than ever. If you’ve ever been frustrated by the early i-Drives, what you are faced with here will come as a wonderful surprise.

One thing that bothered me, the light controls are dashboard based. Which means you can’t as easily mess with them without taking a lot of attention. Having said that, if you owned the car you would quickly develop muscle memory anyway.

Oh and I really appreciate that the audio has an actual volume knob in addition to the other switches. And the interior trim is tasteful and well-chosen, so much so that I would keep the very nice ashtray cup in the car just because of the way it looks. 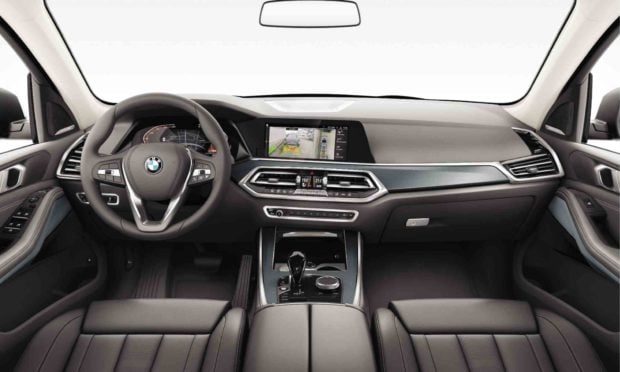 And the power. In a world where everything that consumes resources is shrinking, BMW is seriously making the most of this rather small (historically at least) engine. We had a three liter six cylinder diesel engine mated to an eight speed automatic with Steptronic Sport transmission.

This means that when you kick down and get the wonderful lowdown torque delivery (620 Nm), and the transmission obliges to produce what you desire, you shoot forward. This huge vehicle suddenly bursts forward, and I had tremendous fun doing that to passengers unexpectedly as we discussed how luxurious and comfortable the car was.

The “Back To The Future” acceleration (honestly, someone said that), is always ready and waiting. Oh, and this isn’t one of those vehicles that only goes one direction really well. We did some very hard swerves and successive lane changes, and the X5 always settled in easily, rather than begin to get bouncy or shift weight. That is a key point of safety that many people don’t realize, the sudden emergency twist of the wheel can often cause more problems after you’ve solved the first one.

Here the car will still be under control.

One of the complaints about the older cars over the years was that they were often stiffer than needed, that they played to their “superior dynamics” heritage sometimes to the detriment of the soft ride that many (who didn’t really understand) said they required. For everyone that wants extremes of power or comfort or handling or anything else, that can all be had if you choose. But the car as we tested it, the BMW X5 xDrive 30d xLine Sports Activity Vehicle in their own words, is an example of how to spec a car correctly for the consumer that would appreciate it. And its the only X5 that I ever thought would be a better choice than a 5er sedan.