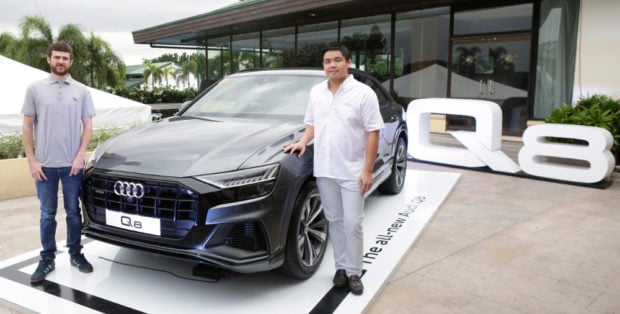 The latest figures from three of the country’s respected trade and manufacturer associations show that the Philippine auto industry sold 97,375 vehicles in the first quarter of 2019.  Based on the latest data from distributor and manufacturer groups AVID (Association of Vehicle Importers and Distributors), CAMPI (Chamber of Automotive Manufacturers of the Philippines) and TMA (Truck Manufacturers Association), the usual bulk of the sales went to commercial vehicles which sold 65, 440 units while the rest were 31,935 passenger vehicles. Not surprisingly, Toyota leads the auto industry, occupying 34.46% of the market with 33,554 units sold. Mitsubishi comes in second with a 16.03% share selling 15,613 units. This is followed by Nissan who takes the third spot with 11.54% market share and 11,239 units. Hyundai took fourth place  with 9,949 units sold, with 10.22% of the market share. Honda took  5th spot with 6,403 units sold or 6.58%; Ford dropped to 6th with 5,560 units, or a 5.71% market share. Suzuki sold 4,812 units for 4.94% of the market in 7th.  Isuzu takes the 8th spot with 3,431 units sold, getting 3.52% of the market.

It was considered a very challenging year for the Philippine auto industry last year with the luxury car segment taking a significant hit.  However, this year, the luxury vehicle segment showed signs of recovery and bouyancy specially for the first two months of the year.  German brands Audi, BMW and Mercedes-Benz, plus Japanese premium brand Lexus are the top selling brands in the premium car segment.  For the first quarter, Audi took the top spot with a total of 253 units followed by BMW with 197 units sold and closely behind is tri-star brand Mercedes-Benz with 158 units delivered. Lexus came in 4th with sold 144 units.  With the sticker shock wearing off from the tax reform law, the market’s propensity and appetite for luxury vehicles are continously winning ground thanks to a robust and stable economy.  The luxury segment’s performance was also partly due to aggressive marketing and pricing packages that continued to fuel sales figures.

On the global perspective strong markets continue to drive up demand for luxury cars as brands continue to invest in cutting-edge technology such as performance and safety enhancements, infotainment packages and increased cabin refinements that added to the spike in overall sales performance of the market.

On the commercial vehicle front, Isuzu, Hino and Fuso topped the sales for the first quarter. Isuzu leads this segment with 3431 units sold, followed by Hino with 795 units and Fuso with 527 units in the third place. This is largely due to increase in demand for logistics and also in part because of the government’s pump priming infrastructure spending.