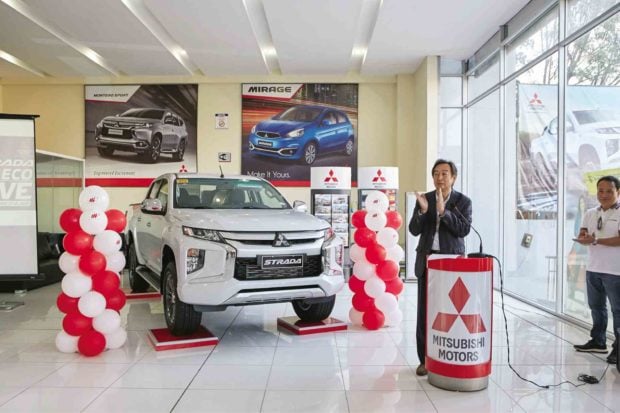 Mitsubishi Motors Philippines is on a roll lately as the brand just recently celebrated a huge milestone: breaching the 1 million-unit sales mark in the Philippines. As one of the few brands that never left the country despite all the political and socio-economic upheaval our country has endured throughout the 20th, and early part of the 21st century, it’s a no-brainer why Filipinos have always been equally loyal to the three-pointed diamond star.

The company’s latest offering is the Mitsubishi Strada pick-up that is heavily updated with the new Dynamic Shield corporate face, sporting serious revisions to the suspension settings that provide a smoother, more refined and more comfortable ride, and an all-new 6-speed automatic transmission that replaces the previous 5-speed automatic.

With these changes, a proper road-trip was in order. Hence Mitsubishi invited select media practitioners to the idyllic island of Palawan to sample the Strada’s breadth of abilities.

Landing at Puerto Princesa, the island province’s capital, we were herded off to Maxi Motors Corp., MMPC’s Palawan dealership to experience the warmth and friendship the locals give to valued guests. Accompanying us on this trip were MMPC executives led by president and CEO Mutsuhiro Oshikiri who gave a short welcome remark, plus a promise that we will enjoy the new Strada on Palawan’s majestic roads and virgin terra.

From Puerto Princesa, we drove off for almost three hours, covering a distance of roughly 170 kilometers to San Vicente, Palawan which would be our base for the next three days. We were billeted at Club Agutaya Resort, which sits right in the middle of the pristine 14+ kilometer beach that features virgin, almost deserted and unspoiled white sand. 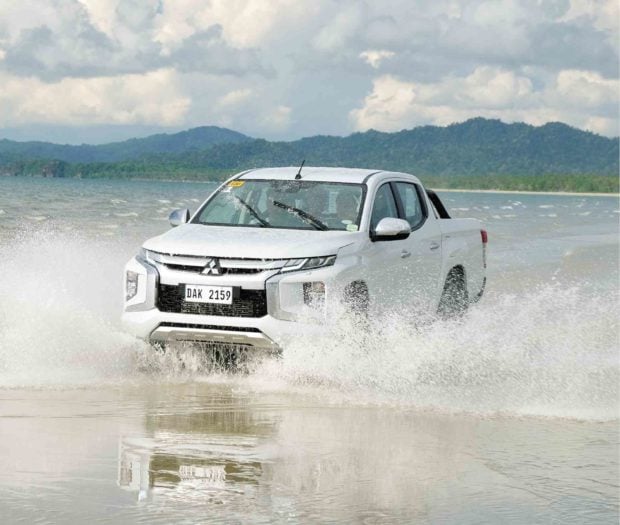 After checking in, the group—with the permission from both the municipal and provincial government—drove along the beachfront aboard a fleet of Stradas and headed toward the southern end where mangrove grow abundantly. It was here where eco-tourism officials gave a short but meaningful lecture on how mangroves help sustain the overall eco-system. After the short orientation, members of the media helped plant some mangroves. With a poor 30 percent survival rate, we planted as much trees as we could before the tide started rising again, compounded by rainfall which saw us hurry back to terra firma.

But all these activities will matter very little if the Strada cannot take the fight to the Toyota Hilux, Nissan Navarra, Ford Ranger and Isuzu D-Max, to name a few.

The Strada has always been known for its amazing on-road prowess: it is arguably best in its element on smooth flowing roads. The 170 kilometer drive from Puerto Princesa highlighted the Strada’s impressive suspension: still firm, but harshness is almost non-existent. Rebound control is excellent: there were a few sections along the national highway that saw our convoy of Stradas practically airborne but upon touchdown, the dampers simply absorbed the impact in a single motion, no bouncing around, no squirrely, lively moments from the unladen rear live-axle; just loads and loads of stability. The last 40 kilometers took us to a very tight and twisty up-and-down section which highlighted the need for impressive lateral acceleration and equally impressive, fade-free brakes and the Strada delivered these in spades. The steering in particular, when pushed hard defaulted to understeer, but felt very predictable and progressive up until the limits were reached. Backing off the throttle curbed understeer, and on loose surface, in 4-HI, the Strada exhibited controllable rear-end steering, progressing to a highly controllable drift especially on white fluffy sand. Kudos goes to the Dunlop AT22 tires, as well, for delivering both a great ride, impressive steering feel and amazing traction on tarmac, loose sand, wet sand, dirt trails and even wet tarmac conditions. 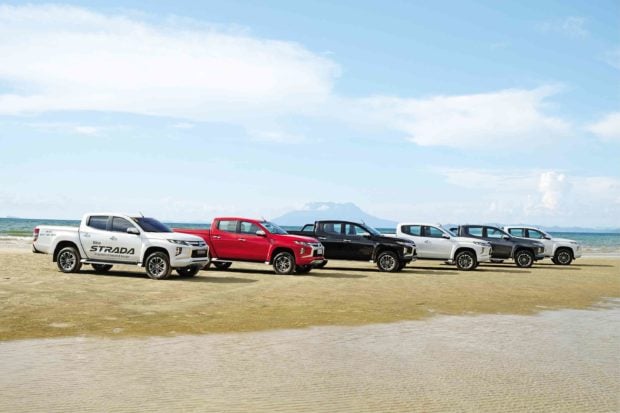 The INVECS-II 6-speed automatic, with shift-on-the-fly 4-wheel-drive performed so smoothly, you wouldn’t think of or feel the difference from 2WD to 4WD, until you suddenly find yourself getting out of tight situations that might have led you to believe you’re stuck and immobile. Flicking through the paddles also delivered an extra measure of both fun (when drifting in the sand), and control (engine braking on the steep mountain pass from the main highway to San Vicente).

On the beach, twisting the rotary dial for the terrain management software to sand/mud mode gave the Strada extraordinary legs as it effortlessly pulled itself out of soft, very wet sand without need for expert tutoring from the professional driving instructors present. It all felt intuitive which made sand driving almost surreal for many of the first-timers in the group. 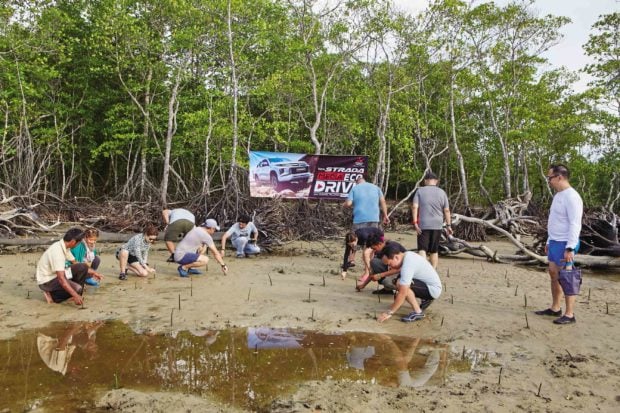 The Strada is indeed, a strong contender in the pick-up market: Excellent spec, powerful engine matched to a clever transmission. It’s arguably the best in class in terms of power-to-weight ratio, plus the refined suspension means Mitsubishi has a winner in their hands. All these, plus the Dynamic Shield front fascia just makes the Strada a very attractive pick-up!