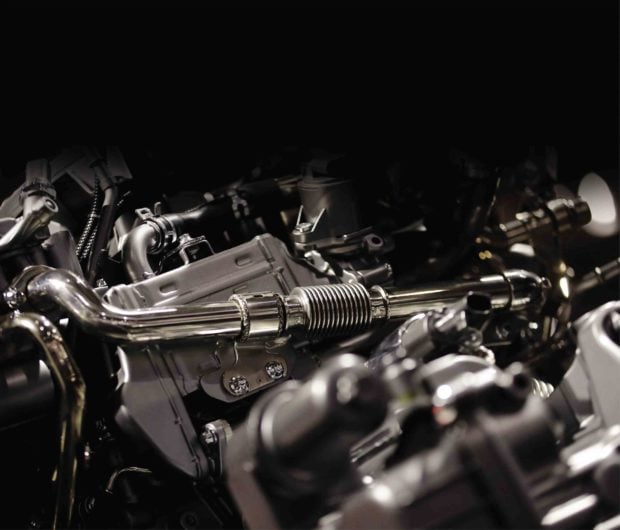 The International Engine (now with + POWERTRAIN) of the Year Awards has a wide array of winners, and almost all of them are fun to drive.

The big new winner? A real surprise. JLR. As in Jaguar Land Rover. Not all that well known for cutting-edge motor tech, they took several awards for their full electric powertrain as used in the I-Pace. It won the Best New Engine Award, beating a full electric from Kia-Hyundai. It won the Best Electric Powertrain Award where it beat out the Tesla offering. Perhaps most interesting was the win in the “350PS to 450PS Class” where it went up against the Porsche 3 liter six cylinder turbo and which it beat by a
single point.

Small old one? The repeat winner in the smallest size (now power class) “Sub 150PS” went to the Ford 999cc three cylinder turbo. Still technologically interesting but getting a little long in the tooth.

Record-breaker? The Italians. Ferrari extended a winning streak with their 3.9 Liter bi-turbo V8 that is used to transport us wondrously in cars like the 488 Pista and GTB. It won the overall International Engine of the Year Award for its fourth straight year, and also took the Best Performance Engine Award and the “Above 650PS Class” Award (by beating its own larger family member, the 6.5 liter V12).

Other awardees? Hybrids now get their own class, just like full electrics do. It was won by the hugely fun 1.5 liter three-cylinder electric-gasoline hybrid used by the BMW i8.

The “450PS to 550PS Class” was won by the very versatile and very throaty Mercedes-AMG 4 liter bi-turbo V8.

The “250PS to 350PS Class” win went to the Porsche 2.5 liter turbo as used in their Boxster S and Cayman S 718s. “150PS to 250PS Class” honors went to Audi for the 2 liter TFSI that powers various As and Qs. Both these wins came out golden against some people rather well known for making fun enthusiast engines, BMW.

The clear trend here? Almost none of these engines are boring. The best engineering minds and most funding isn’t going to econo boxes. Its being aimed at cars that stir your soul. Now, it is true that this all makes market sense, allowing passion to come into the equation more than pocketbook. Still though, in a world where we see less and less enjoyable enthusiastic drivers and driving, it’s nice to see that the people that have to shape the future are betting on joy.