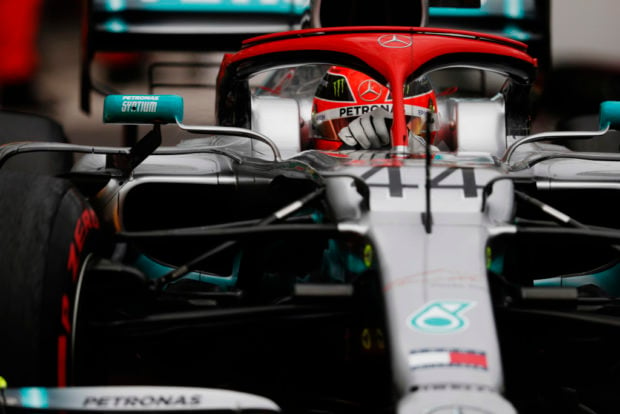 THE passing of Formula 1 legend Niki Lauda (also the non-executive chairman of the board of Mercedes-Benz Grand Prix Ltd.), sent shockwaves across the F1 fraternity — the three-time world champion, with his trademark red cap, was a fixture in the sport’s paddock.

His death changed the atmosphere in the F1 community days leading up to the 2019 Monaco Grand Prix. It greatly affected numerous individuals, most especially Mercedes AMG Petronas Motorsport driver Lewis Hamilton, who has been vocal in his admiration for Lauda.

In Monaco, Hamilton took control of the race from the start, but after encountering tire problems was hounded by Red Bull Racing’s Max Verstappen in the closing laps. The Mercedes driver managed to hold on to the lead though, eventually claiming the 77th victory of his storied career. The win was also his fourth this year, and the third in the principality.

Mercedes teammate Valtteri Bottas crossed the line to take third place, and his first podium finish in Monaco. Ferrari’s Sebastian Vettel was crowned second place after Verstappen was handed a penalty for a pitlane infraction.

Hamilton now has a 17-point lead in the drivers’ standings over Bottas, or 137 points against 120 points.

In the constructors’ championship, Mercedes AMG has a commanding 118-point lead over Ferrari, or 257 points for the former, 139 points for the latter.

Hamilton called the race “one of the hardest” in his career.

“It was so intense. With 20 laps left I thought there was no way I was going to make it to the end. I thought I was going to crash. I was battling so much with the car. There was absolutely nothing left in the tires and it was so tough to keep the car on the track. I thought to myself, ‘what would Niki do?’. I was trying my hardest — giving everything I had. I just tried to stay focused and make no mistakes. I know he was watching me today, but with Niki by my side we managed to do it. I wore his helmet colors today and I didn’t want to let him down. He was close to my heart, I really wanted to deliver for him this weekend and I was determined not to crack under the pressure. Today belongs to Niki,” Hamilton said after the race. 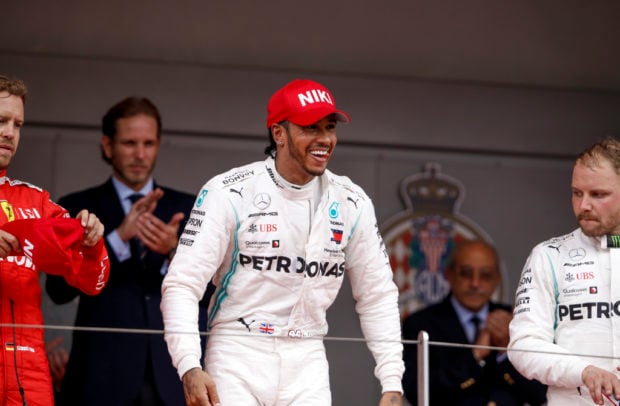 Bottas, for his part, said: “My race was decided in the pits. We did a double-stacked pit stop under the safety car; Lewis first, then me. [Sebastian] Vettel and Verstappen came in as well and when I left the pits, Max was released at the same time and was side-by-side with me. We touched, I hit the wall because there’s no space to go and I got a right-front puncture. So I had to do another pit stop the following lap. At that point, I thought I’d be at the end of the field, but I only lost a couple of places, so I guess I was unlucky but lucky at the same time. It’s always disappointing if you finish the race lower than you qualified; however, my pace was really good all weekend long and I still scored valuable points for me and the team.

“One of my first thoughts this morning was that I wanted to drive well for Niki, I wanted to win for him. Ultimately, I didn’t, but Lewis did, so I’m sure Niki would be proud right now.”

Mercedes AMG team principal and CEO Toto Wolff added: “That result means a lot. It was a world champions’ drive for a world champion that isn’t among us anymore. It couldn’t have been a more dramatic race, so I am relieved it is over. Lewis did an incredible job out there, it was a really hard-fought race with Max. We know the tire choice, in hindsight, was wrong with Lewis and we should’ve taken the hard tire at his stop. But these things happen and at the time we thought the medium was the right call. It was the driver who made the difference and managed the race. Valtteri had a tougher time, losing ground with the pit stops and the clash with Verstappen in the pitlane, but he did a great job and will be determined to fight back. This one was a really hard-fought victory and now we have a couple of days that are going to be difficult with Niki’s funeral in Vienna before we set sail for Canada.”

Mercedes AMG chief racing engineer Andrew Shovlin said the decision on which tire type to use is something the team has to review, but at the same time expressed gratitude over Hamilton’s handling of the situation.

“Valtteri’s race was also compromised at the safety car. We felt the release from Red Bull was okay, but Max had room on the left to give Valtteri more space rather than putting him into the wall. That broke the front right wheel rim and caused a puncture, so we had to pit for a new set. From there his opportunities were rather limited,” he said.

He added: “Well done to Lewis. We made life more difficult than we needed to for him today, but our thoughts are now with Niki and his family. He has been such a big part of this team over the last few years, we have benefited so much from his wisdom and straight talking, and he is simply someone who cannot ever be replaced. All he would have asked of us is to give it 100% and race hard and that’s what we will do.”