BMW X5 xDrive30d X-Line: the BOSS is in the building 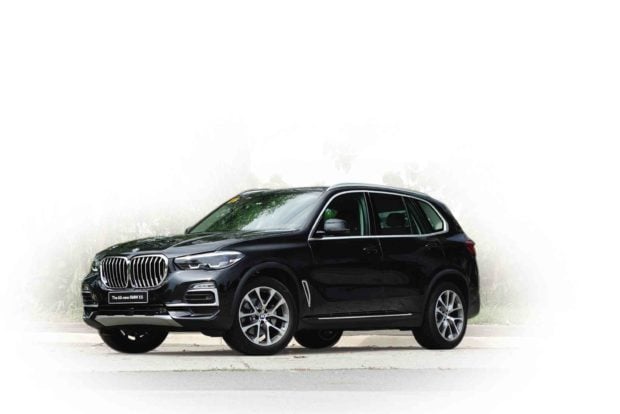 Since the RSA-led SMC Asia Car Distributors Inc. started handling the brand, BMW’s fortunes have improved significantly. Thanks to Ramon S. Ang himself being a certified car guy, he knows how to spec his cars perfectly to make pricing more palatable to a greater range of loyal BMW buyers, while still appealing to the most ardent of BMW fans who exclusively prefer to be at the helm of the Ultimate Driving Machine, be it a sports car, sedan or SUV.

The all-new BMW X5, launched last month is built atop BMW’s new CLAR platform, a modular platform designed to accommodate longitudinal powertrains in either RWD or all-wheel drive configurations, plus the option of a hybrid or pure electric vehicle powertrain as well. The platform utilizes a mix of high-tensile strength steel, aluminum and carbon-fiber. And it uses a high-voltage 48-volt system to help power all the electronic accessories inside the all-new X5.

The X5’s key external features are its longer body, massive 20-inch wheels with staggered 275/45R20 front and 305/40R20 rear Pirelli P-Zero high-performance H/T tires, the dual LED headlamps, and that massive kidney grill, which though somewhat caricature-ish, actually looks proportioned to the rest of the massive 2-box body. The rear features 3D-effect sculpted LED tail lamps which, though less noticeable, is a nice detail. As always, the trade-mark Hofmeister-kink is present on the rear glass panel by the D-pillar. Despite firmly being in the 21st century, BMW hasn’t forgotten its classic styling cues. 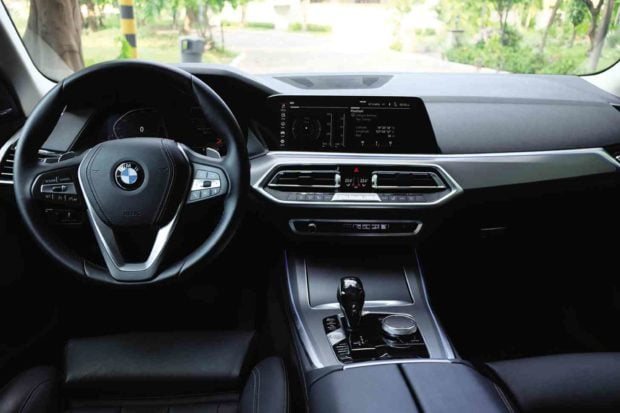 Power comes from BMW’s B57 inline-six twin-scroll single turbo CRDi diesel engine that outputs an impressive 265ps and a wall-climbing 621 Newton-Meters of torque. It drives all four wheels via a ZF 8-speed automatic transmission, one of the few transmission capable of handling massive weight AND torque without grenading itself in the process. Few engines can match this peerless diesel for output, refinement and efficiency. From outside, a soft hum betrays its ‘dirty’ origins. Inside, the NVH isolation is excellent, the urgency of how it revs surprisingly gasoline-like in feel, and of course, the instant hit of torque is overwhelming for the uninitiated. How does rest, to 100km/h in 6.5 seconds sound like? Truly, BMW still knows how to design cars that excite, despite this being ultimately a vehicle oriented more for luggage hauling and people ferrying, rather than out and out track or winding road performance. 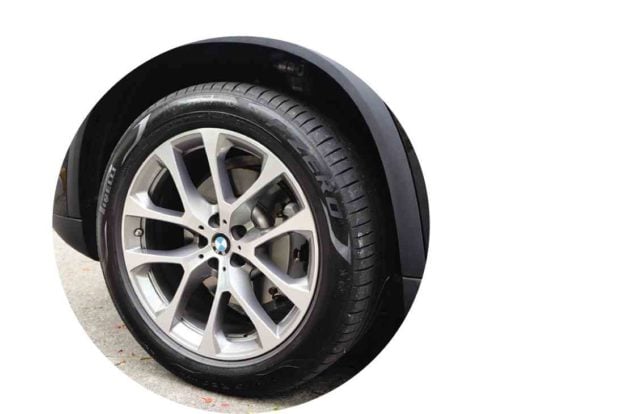 Inside, two  large 12.3 inch LCD displays flank the driver: one for the main instrument cluster called BMW Live Cockpit Professional, the brand’s own take on a purely digital instrument cluster previously seen on Volkswagen-Audi products and the latest McLaren super sports cars. Version 7.0 of their vehicle operating system is now utilized, and with it a new, easier and more intuitive-to-use iDrive system with quick shortcut buttons to key infotainment settings and menus. 14-way electronically adjustable front passenger seats are standard too, which helps comfort on long drives, and gets you in the mood if you feel like attacking some corners with your family on board. The rest of the interior is a mix of stylish piano black livened up with contrasting aluminum inserts for a very modern, clean feel. You get 656 liters of cargo space with the rear seats up, and a massive 1,860 liters with the second row folded flat to the floor. The split opening rear tail-gate is power-operated, with the lower half opening downwards like a pick-up tail-gate to make loading / unloading big, bulky items cheaper. 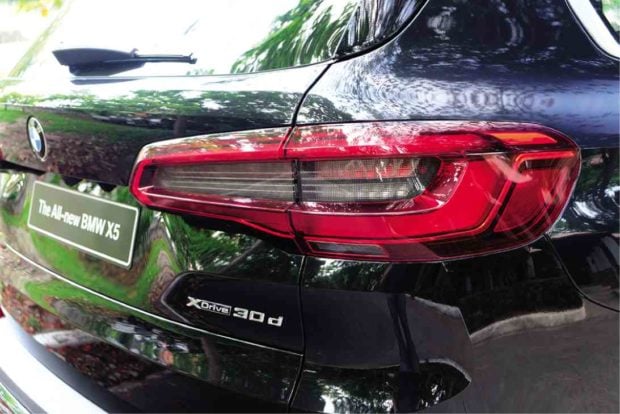 Crucially, how is it to drive, you may ask? In a word, like a Boss!

The BMW X5 has true commanding road presence. Cars give way as soon as they see the ultra-bright LED headlamps at night, or when they see the massive kidney grills during the daytime.

The steering is light but has oodles of feel, feedback and accuracy. It’s funny to mention it, but the X5’s feel, and crucially its fluidity from corner to corner, is so organically precise, you find yourself weaving through slower traffic simply because the steering weighs up beautifully form lock-to-lock.

Ride comfort is impressive as BMW’s for the local market have abandoned the frankly poor choice of run-flat tires, and the suspension, despite lacking any fancy automatic adjustable damping control, is a perfect balance of comfort, composure and confidence on high speeds, winding roads and back-road blasting. It can comfortably handle high-speed bumps and ruts such as expansion joints on the expressway, shrug off broken b-roads in and around Cavite with ease, and cosset my wife, who’d fall asleep every single time we’d take the X5 out for a drive. Which was a lot. 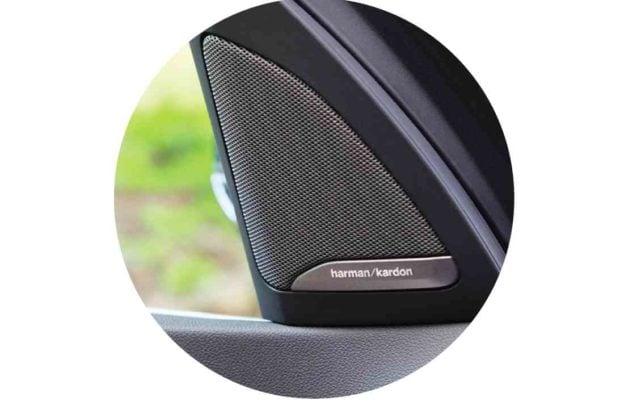 The brakes are also massive, and though feeling slightly over-assisted at times, gives powerful, fade-free retardation with excellent modulation. A few times, while enjoying myself too much, I found myself braking carefully, then suddenly having to apply full braking force to avoid imminent collision. The X5’s brakes are very easy to find the threshold limit for locking-up, and surprisingly, I’d find myself actually stopping far sooner and much further behind the vehicle in front. 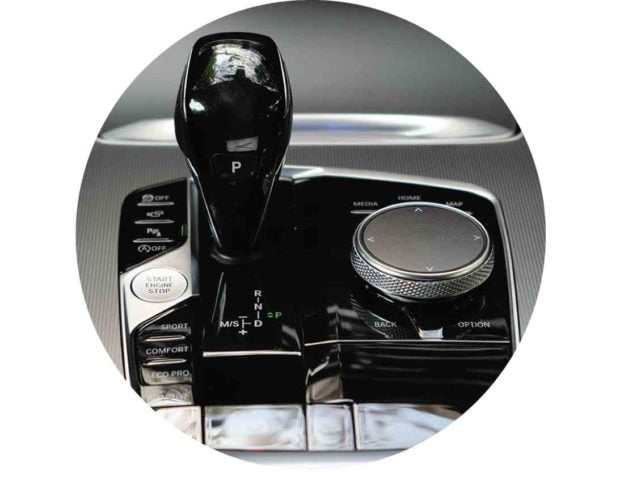 The ballistic engine’s efficiency is just as impressive. I actually averaged between 14-15km/liter on a newish, tight engine, and though most of my driving was on the highway, I still managed to cover roughly 470 kilometers in half a tank of gas. Impressive considering it’s size, the newness of the engine, and my adventurous driving antics. And if things ever got out of hand, the X5 has my back, thanks to ABS-EBD brakes with brake assist, traction / stability control, eight standard airbags, anti-whiplash head restraints and more. There’s also hill-descent control feature if you really want to push your luck and the X5’s off-road abilities.

The Boss is someone who is always capable, composed and has a grip on everything, at all times, and with a ready solution for practically all problems. Through almost all sorts of road and weather conditions, (including intense fog and torrential rain), the X5 never let up its confidence on the road, thereby boosting my own confidence behind the wheel. It’s such a true joy to drive, I did three drives up and down Tagaytay, two more than necessary simply because it was amazing, stress-free and composed at all times. In the 5-seat full-size luxury SUV segment, the all-new BMW X5 truly is the Boss. And at P5.99 Million, it is an absolute bargain for what you get! 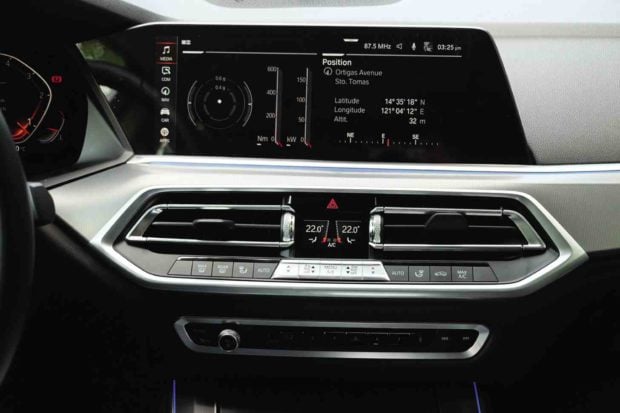