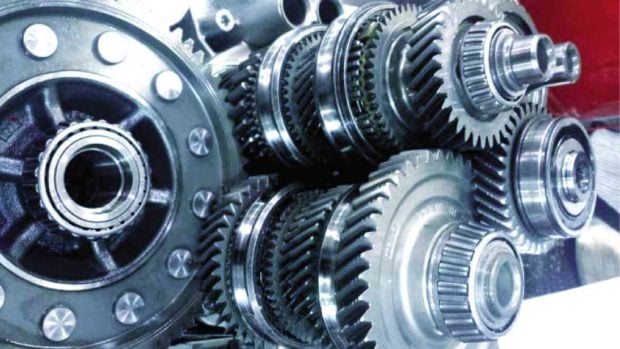 It’s never too late to learn or get a refresher on automotive basics and it pays to know the important aspects of a car engine and how they function.

Here’s a brief on horsepower and gear ratio.

Q: What is horsepower and how is it measured?

Horsepower is a measure of mechanical power or the rate at which work is done.  Loosely, it’s also the rate at which torque is applied.  And, in the auto industry, this rate is normally measured in revolutions per minute or rpm.  For instance, an engine producing 300 pound-feet of torque at 5000 rpm generates more horsepower than an engine exerting the same amount of torque at 1500 rpm.  The first engine exerts its torque at a much faster rate-thus, getting more work done in the same amount of time.  Manufacturer horsepower ratings are based on power generated at the crank or flywheel before the clutch or torque converter.  Current brake horsepower measuring methods require that basic engine accessories be attached-such as the alternator, air filter and complete exhaust system-when this figure is measured at the flywheel.  The U.S. uses SAE Net while the Europeans and Japanese may use DIN or PS.  There are slight variations for each system but for normal intents and purposes, they’re almost negligible.  One system may derive a figure using a different ambient temperature than the other. Short of taking an engine out of a vehicle and hooking it up to an engine dyno, it’s quite difficult to verify manufacturer’s horsepower claims.  An easier way to do it would be by using a chassis or rear wheel dynamometer.  This method will measure horsepower (and torque) at the drive wheels and not at the flywheel.  Power output using this method will normally be 15 to 20 percent lower since drive train losses are taken into account.  Drivetrain power losses are due to the friction and weight of drivetrain components such as the transmission, joints, axles, and gears.  Using a rear wheel dyno will allow us to compare the power levels of different vehicles as they apply this power to the pavement.

Q:   What does gear ratio mean?  How does this relate to real-world performance?

Gear ratio is the number of revolutions required by a driving gear to turn a driven gear through one complete revolution.  For a pair of gears (like the ring and pinion in a differential), the ratio is found by dividing the number of teeth on the driven gear by the number of teeth on the driving gear.  Lower gearing will commonly translate to faster acceleration and better engine braking but, oftentimes, at the expense of fuel economy since an engine has to spin at higher revs to maintain a certain speed.

In car-speak, a numerically higher number means lower gearing.  Axle or transmission gears with a ratio of 4.55 to 1 have a lower gear ratio than one that says 3.27 to 1.  A 4.55 to 1 gear ratio multiplies engine torque by 4.55 times.

Overall gear ratio can be computed by multiplying the transmission gear ratio by the final drive or axle ratio. Multiply the product by the transfer-case ratio if the vehicle has a transfer case. Low gearing is important to off-roaders for better throttle control and low-speed obstacle crawling.