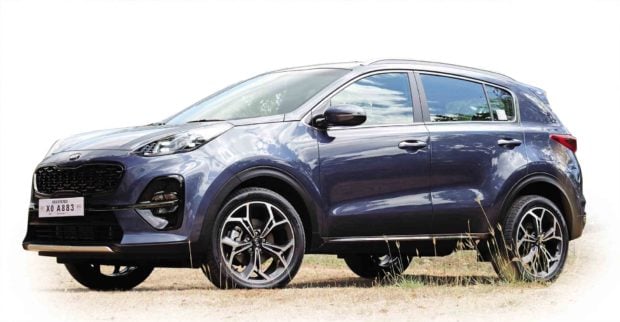 KIA is on a roll. With the brand’s stewardship under the Ayala Automotive Group, prospects have improved massively with the brand. KIA Philippines is currently overhauling their dealership network, bringing in the latest KIA models, plus all the parts to match and service both new and old cars, and working on to improve the brand’s overall customer experience, from buying to after-sales.

While the KIA Stinger GT which we reviewed recently remains as the halo model, we shouldn’t forget their other models that have been well-
received by the buying public. These include the Grand Carnival full-size van, the Sorento 7-seat SUV, the well-priced Soluto B-segment sedan, the funky Rio hatchback, and this, the Sportage, in GT Line trim, which perhaps best represents the brand with its stylish looks, cool features and impressive driving dynamics.

The KIA Sportage GT Line is a 5-seat compact cross-over whose platform is shared with Hyundai’s Tucson. Power comes from a 2.0 CRDi diesel engine producing an impressive 181 hp and an even more impressive 400 Newton-Meters of torque, driving the front wheels via an 8-speed automatic transmission.

Six airbags are standard, with ABS-EBD brakes, along with traction / stability control. Awesome spec for the princely sum of P1,820,000, but going
beyond the spec sheet, the Sportage drives so very well, it’s quite a bargain at this price-point, plus it is unique, rare and has road presence distinct from the usual Japanese brands which are very popular (and common) today.

As with any Peter Schreyer -designed car, the Sportage looks clean, streamlined and very modern, with a few details that help separate it and give it some visual talking points. The KIA nose grill, something we’ll be seeing a lot of, sets the tone, is well integrated into the rest of the body and does offer functional cooling vents for the various heat exchangers in the body. The big but subtly pumped up wheel flares and fenders cover the visually arresting 19-inch wheels and tires, the design of which wouldn’t look out of place in say, an Alfa Romeo. The stylish LED headlights tie it back to the high-tech and mysterious oriental realm of Korea, while giving impressive night time illumination. No wonder KIA has been going from strength to strength. 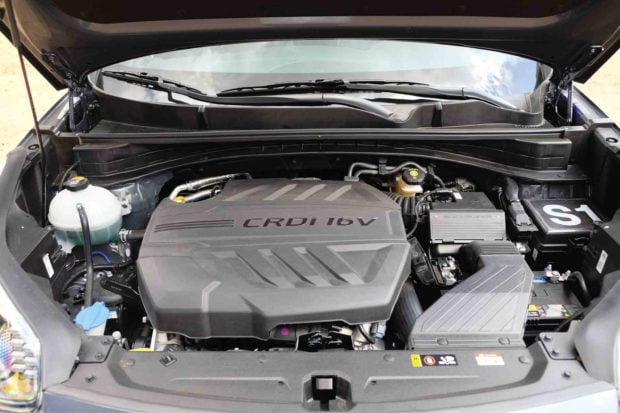 Strap yourself in, start the car, and engine NVH is excellent: the diesel clatter is muted, revving the engine feels smooth and refined, and the weight of the controls feels spot-on: light, effortless, but not limp and dead. KIA could have gone full German on their cars and given a heavy feel, but that would have alienated their core market in Asia. There’s a lot of black plastic, but Schreyer and his team sprinkled just enough machined aluminum finish accents to liven up the interior. I particularly like the flat-bottom 3-spoke steering wheel: very sporty, hinting at the Sportage’s go-anywhere, ready-for-adventure vibe. Black leather seats, with perforations to keep your bum cool, along with silver-grey stitching provides more subtle contrasts. The sound system is pretty good too, perfect for streaming some Korean K-Pop, particularly Blackpink!

On the road, the Sportage drives like a dream. Well-damped suspension, the chassis firm, but the ride pliant. It’s a perfect everyday car especially for those who cover long distances regularly, or have to slog through traffic a lot as the diesel engine delivers impressive fuel efficiency: 8.7 km/liter in the city on a very new and tight engine, and fantastic 14.6 km / liter on the highway, figures I am confident will improve as the mileage piles up and frees up the engine. 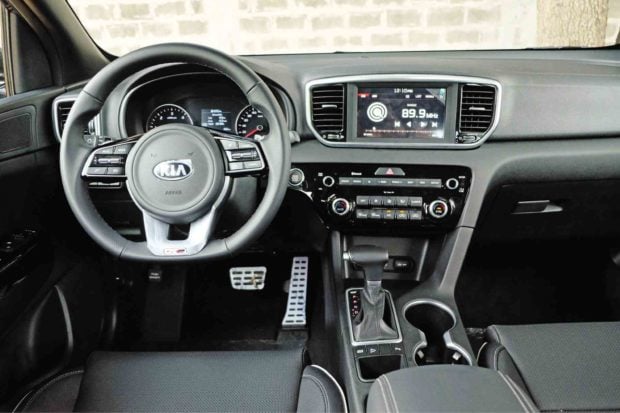 On the highway, the torque-rich engine will see you creep into 120-130km/h zone if you simply left your foot rest on the accelerator; you will need to watch that speedometer lest you exceed the speed limit! But the engine’s behavior makes it perfect for a quick and easy drive to say, Baguio, where endless motorway miles will be munched up very quickly. On winding roads, the light but decently feel-some steering, coupled with the Euro-firm suspension and strong brakes gives you confidence to tackle undulating roads and switchbacks with ease and poise. For more involvement and excitement, paddle shifters behind the 3-spoke steering wheel give more control and immediate response when attacking your favorite downhill mountain pass.

Subjectively, the KIA Sportage GT Line is impressive. I’d say it’s awesome value, matching this segment’s current favorite of mine, the Mazda CX-5 diesel, which also happens to be significantly more expensive. But the Mazda has AWD and has that made-in-Japan image and perceived better quality because of it. But the KIA strikes back with a cheaper price tag, and its Korean build-quality can stand up against Japan’s finest. No creaks, no rattles, impressive torsional rigidity and a great ride, couple with great refinement. It does lack AWD, which, being a bit of an avid (but newbie) off-roader myself, does give you better confidence when the going gets tough and rough. 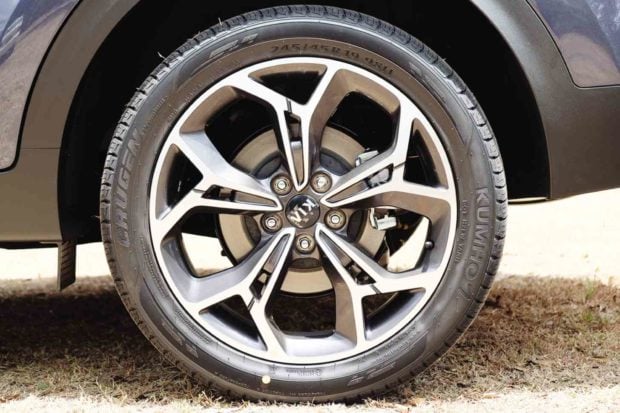 Objectively, spec-wise, the KIA Sportage is excellent value. People have argued with me saying that KIA has priced itself out of the market. To which I tell them: have you looked around? The KIA can now compete with the Japanese, spec for spec, with better styling and more standard features. KIA’s from 15-20 years ago were pared down, bare-bones, frill-free models which were meant to be a gateway to motorization. Today, KIA has the engineering prowess, style and substance that demands respect in the marketplace, and a place in everyone’s garage. And it’s still slightly cheaper than the Japanese models, spec for spec.

KIA is back, and KIA is truly here to stay. Awesome products, with a new local distributor that’s putting their money where the Kimchi is. Are you ready for the new KIA?