Down ‘history lane’ with all the Presidents’ cars 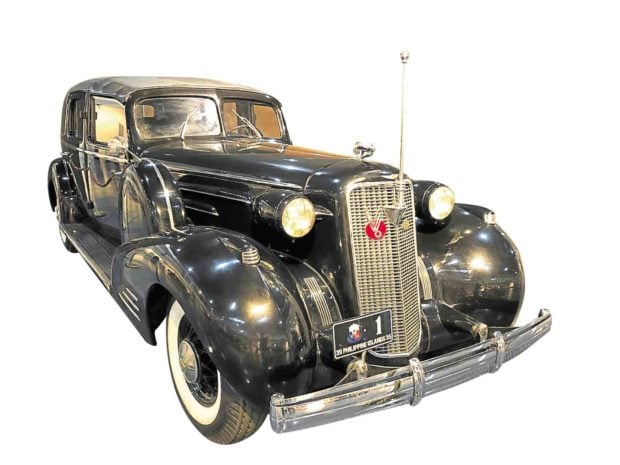 One of the attractions at the Presidential Museum

Throughout the course of modern history, men and women who have made their own distinct marks have not only left a legacy to last throughout the ages, they have also left behind some iconic reminders of their lives. Some of the more fascinating ones have been the motor vehicles they rode during the peak of their influence.

In Philippine history, we look at our leaders–our
Presidents, to be exact, and their “presidential cars” where they held their heads high as they passed by their adoring public.

In June 2005, Inquirer Motoring featured a series titled “RP Presidential Cars waiting to be resurrected.” That time, visitors to the Quezon City Hall could see two classic black cars—a 1937 Cabriolet and a 1937 Chrysler Airflow Limousine, both used by President Manuel L. Quezon. The former was built by General Motors of America. It arrived here Nov. 4, 1937. In 1938, it was turned over to Gen. Douglas MacArthur, who then used it all throughout his tour of duty in the Philippines. The two cars used to be displayed in Corregidor, Bataan, until they were spotted by then Quezon City councilor Antonio E. Inton.

At the time, the National Historical Institute and the government of Quezon City had agreed that both cars would be displayed in the city hall premises, and would later be transferred to the Quezon City Museum. In 2018, Inquirer Motoring’s Jason Ang featured the Presidential Car Museum in Quezon City, which included the Chrysler Airflow. As its name suggests, the Airflow was one of the first American production cars to use streamlining to improve its aerodynamic efficiency. Quezon’s car was previously displayed in a museum in Baler, Aurora. This author wrote about this Airflow in 2005. Available information indicates that vintage car collector Dan Irish got hold of the car and restored it in a span of 18 months.

Quezon’s Chrysler marque had its rich history. According to “The Car Book: The Definitive Visual History,” when Walter P. Chrysler decided to compete with the giants of Ford and General Motors, he set a course that would see his firm become one of the world’s largest manufacturers. Chrysler constructed his first car (the Chrysler Six) and unveiled it at the 1924 New York Auto Show. Encouraged by the positive public reaction, he formed the Chrysler Motor Corp. in 1925. 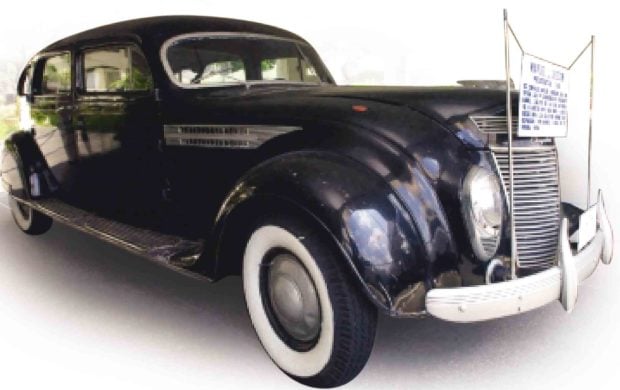 It was also in 2005 when Inquirer Motoring featured Ramon Magsaysay’s black 1955 Cadillac Limousine, which at the time was housed at the Zambales ancestral home. Last year, Inquirer Motoring’s Jason Ang featured it again when he saw the 1955 Cadillac Series 75-23 of Magsaysay at the Presidential Car Museum. The Cadillac has been one of America’s oldest makes, and it has been mass-produced since the company was founded in Detroit by Henry M. Leland in 1902.

In 2005, Inquirer Motoring also featured the presidential car of Jose P. Laurel, which, at the time, was at the family’s
Paco ancestral house in Manila. Laurel’s car used to be displayed at the National Historical Institute in T.M. Kalaw, Manila. The NHI turned over the car to the Lyceum of the Philippines, which gave it in turn to the JPL Foundation. As of press time, Inquirer Motoring cannot confirm if this was the same car as the one now displayed at the Presidential Car Museum.

However, there is a 1942 Packard Custom Super Eight 180 Limousine that was used by Jose P. Laurel and Sergio Osmeña. The Packard 180, circa 1940, is powered by a 5.8-liter inline-eight cylinder engine. With an output of 160 hp, it was advertised as having the most powerful eight-cylinder engine in the world at the time.

Packard was at the top of the luxury car tree in the United States as early as 1915, when it launched the world’s first production V12 engine. It maintained its position through the 1920s.

Broadcaster Cito Beltran’s 1.2-hectare farm used to be the “retirement” home of many historically significant cars. Inquirer Motoring featured in 2005 his farm where the official parade car of Malacanang circa early ’40s–a 1941 Cadillac–used by Presidents Quezon, Osmena, Roxas and Quirino–rested. The Marcos, Quezon and Paredes cars were in dilapidated condition when Cito got hold of them. The Joseph Estrada car, on the other hand, was in running condition. At the time of the interview with Cito at his farm, that car’s body had been repaired and was being repainted.

As of press time, the status of all these historical cars that were in his farm are unknown as Cito himself said he “unloaded all the cars to private
restorers who have the means and interest.”

Inquirer Motoring picked up an interesting story about the Marcos wedding car. Stories have it that a 1951 Chrysler Imperial Limousine was about to be delivered in the Philippines. Gen. Douglas McArthur, who was in Asia at the time, reportedly wanted the same car.

Chrysler reportedly apologized to MacArthur and said a certain lady in Manila ordered before he did. And the manufacturer had to meet her order before his. That order happened to come from Michelle Syquia of the Syquia clan of jewelers.

“It was the Syquias who employed former President Ferdinand Marcos as a lawyer. One day, he borrowed the car for a wedding. And this was brought all the way to Baguio,” said
Beltran.

The 1956 Chrysler Imperial of Paredes was given to Beltran by Danding Cojuangco after its body repairs were done.

“I was supposed to buy it. When Danding Cojuangco learned about the car, he decided to buy it. When we met a few months later and I tried to persuade him to sell it to me, he gave it to me and joked, ’You just waited for me to repair it,’” Beltran quipped.

Now, if you want to see the automobiles that quite literally gave our presidents the ride to their destinies, visit the Presidential Car Museum at the
Quezon Memorial Circle. With its comprehensive gallery of cars used by the highest officials of the land, the displays include the 1947 Cadillac Series 75 Limousine of Manuel Roxas, the 1953 Chrysler Crown Imperial Limousine of Elpidio Quirino, the 1959 Cadillac DeVille of Diosdado Macapagal, the 1980 Lincoln Continental Mark VI Signature Series of Ferdinand E. Marcos, the 1986 Mercedes-Benz 500EL of Corazon C. Aquino, the 1986 Mercedes-Benz 500SEL Guard of Fidel V. Ramos, the 1993 Mercedes-Benz S600 of Joseph Ejercito Estrada, the 1993 Mercedes-Benz S600 Limousine V140 of Gloria Macapagal Arroyo, and many more.