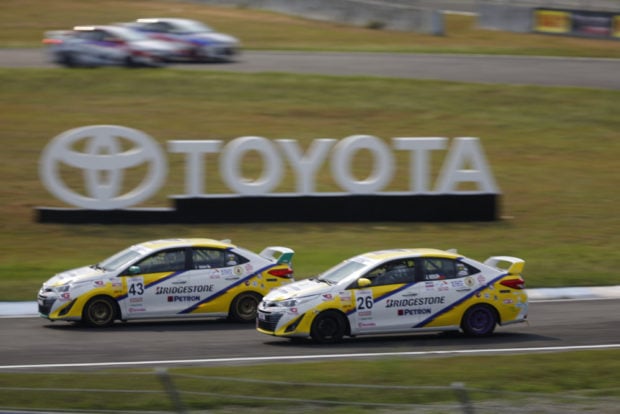 A MIX of competitors topped their respective classes in the three circuit races held during the June 8 opening leg of the 2019 Vios Racing Festival, a one-make race series organized by Toyota Motor Philippines (TMP). The races took place at the Clark International Speedway in Pampanga.

The top three finishers in Sporting class of Circuit Championship Race 2 were Eggy Ong, Diwa and Lord Seno. Winning in Promotional Class were Adriano, Julian Neri and Fabio Ide. Troy Montero, Ho and Matsunaga were best among the celebrities.

Circuit Racing Championship Race 3’s Sporting class was won by Seno, Dizon and Napat; the Promotional class by Tang, Menorca and Adriano; the Celebrity class by Montero, Ho and Miles.

The Circuit Championship pits drivers in wheel-to-wheel racing on the track, the Autocross Challenge is a timed competition through an obstacle course which drivers take turns in tackling. The current Vios, modified into a racecar, is used in all competitions. 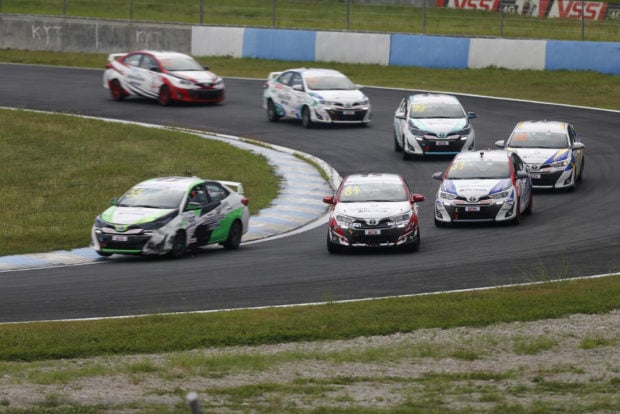 An added attraction during the event was the preview of the new Toyota Supra, which was presented by TMP president Satoru Suzuki.

“As our way of saying ‘thank you’ for coming all the way here to the Clark International Speedway, I am very honored to announce that you are now among the first in Southeast Asia to see the 2019 Toyota Supra in the metal,” Suzuki told event visitors.

TMP said the two other legs of the Vios Racing Festival are scheduled in August and November.

It added the Vios Racing Festival is held in cooperation with Bridgestone, and is supported by Petron, Motul and Rota. Other sponsors are Brembo, Denso, AVT, 3M, OMP and Tuason Racing.