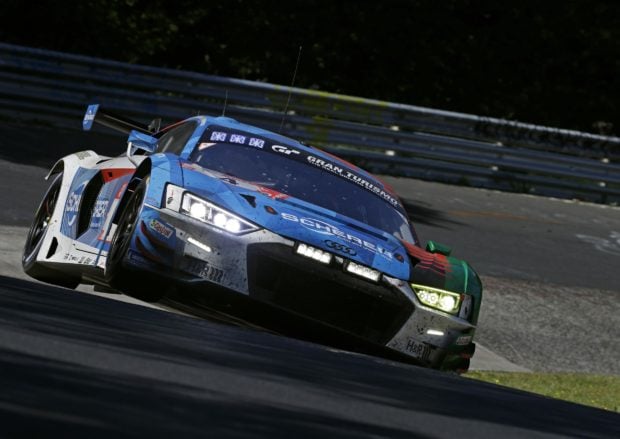 An Audi R8 LMS racing at the famed Nurburgring.

Audi Sport said three R8 LMS cars were running within the leaders for long stretches of the race, and that the No. 4 car only took the lead on lap 142. At this point a second Audi Sport team entry — Audi Sport Land, the 2017 winner — had chances of taking victory as well. But Audi Sport Land retired two hours before the end of the race. This left Audi Sport’s chances of winning to the No. 4 R8 LMS of Audi Sport Team Phoenix — which delivered the top podium finish.

“Sincere congratulations to the whole squad,” said Chris Reinke, head of Audi Sport customer racing. “We won with a unique combination of diverse factors this time. The field was not fully balanced and our rivals drove better lap times across long distances. But the impeccable and strong driving performance saved us from penalties.”

Nine of the 10 race cars from Audi Sport customer racing finished this year’s 24 Hours of Nurburgring.