Experiencing the best of both worlds with Isuzu’s RZ4E engine 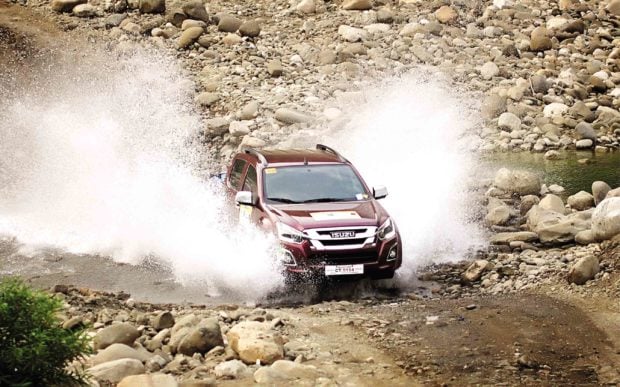 If this article about Isuzu’s “newest” engine the RZ4E (and I mention the word in quotes because the RZ4E was introduced in the Philippines for more than a year now) comes in a little late, it’s just that I wanted to get a “real feel” of Isuzu’s smallest diesel engine to date.

Why would Isuzu venture into smaller engines (discontinuing its 2.5-liter diesel variants)? Yes, it did retain the 3.0-liter engine, probably for the more rigorous requirements of 4×4 offroaders, but Isuzu Philippines Corp., the official assembler and distributor of Isuzu LCVs and CVs in the country, has been hyping more this 1.9-liter fuel miser developed under the BluePower technology.

And so, over the course of several months, I have been intermittently driving Isuzu D-MAX and mu-X variants powered by the RZ4E under varying road conditions. My “real feel”? The RZ4E engine doesn’t affect my expectations of how an Isuzu SUV or pickup drives, at all. And that’s a great thing, for a number of reasons:

First, I didn’t encounter any power lags when passing other vehicles in provincial roads or highways. I didn’t feel shortchanged in the torque. I did have to play the manu-matic mode more during sustained uphills, but that’s why there’s a manu-matic mode in the first place.

Second, my fuel consumption readings showed a range from 14.5 km/liter to 17.1 km/liter on highway runs (
depending on traffic conditions and vehicle load), a reading quite comparable when I use the 3.0-liter variants. One would expect, with the rules on power-to-weight, that fuel consumption in an RZ4E would suffer. But my fuel consumption showed otherwise.

The third isn’t related to my drive experiences, but more on the international perspective. In Thailand, which is among the world’s biggest markets for pick-ups, 90 percent of D-MAX pick-ups being sold there have the RZ4E under their hoods. That says a lot.

It took engineers and manufacturers of the Isuzu Power Train development team in Japan over two years to develop the RZ4E engine, starting in 2013. The “RZ” represents the engine family, “4” points to the number of cylinders, and “E” stands for economical. The bulk of the RZ4E engines used in light commercial vehicles (LCVs) are manufactured in Thailand. The RZ4E was Isuzu’s answer to the challenges of meeting global emission standards and satisfying the worldwide demand for better fuel efficiency, less vehicle NVH (noise, vibration, and harshness), while maintaining Isuzu’s reputation as one of the world’s most hardworking and reliable diesel-powered vehicles.

The RZ4E is, by far, the smallest engine Isuzu has produced for the mass market, yet it produces so much power despite the smaller size (148 horsepower and 350 Nm of torque, compared to the old 2.5-liter that produces 134 hp and 320 Nm of torque) because of a well-designed combustion system that allows high compression ratios to promote efficiency, higher turbo charger pressure, and reduced friction by up to 37 percent in mechanical losses compared to the old 4JK1-TC engine. 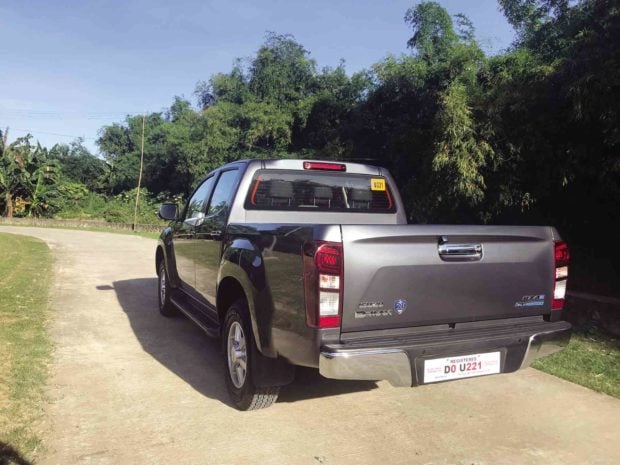 I asked IPC recently how Filipino motorists perceived the RZ4E variants, and how the company responded to them.

Sajol added that the RZ4E engine “already has enough power, and at the same time helps the environment by reducing fuel consumption and CO2 emissions.”

Did I actually experience the best of both worlds with the RZ4E? The answer is yes. Downsizing isn’t just great, I think it’s necessary. And Isuzu has just shown us how it should be done for diesel engines.

Now here’s a little postscript, gathered just in time for the press deadline: IPC has just recently slashed the price tag of its D-MAX RZ4E LS variants (automatic and manual transmissions) by P150,000. Give this a serious thought, but don’t spend too much time contemplating. This promo lasts just until June 30.