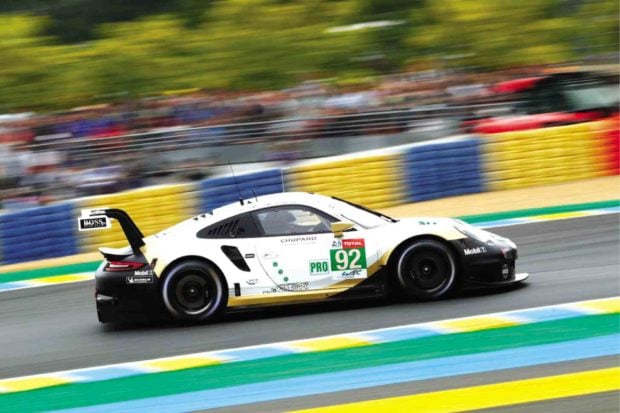 The No. 92 Porsche 911 RSR Christensen and Estre drove to the crown at the FIA WEC

Porsche recently celebrated its quadruple victory during the conclusion of the eighth installment of the FIA World Endurance Championship (WEC) race series as Porsche works drivers Michael Christensen and Kévin Estre claimed the drivers’ world crown in the FIA WEC at the season finale at Le Mans.

In the GTE-Am class, the Project 1 customer squad won the drivers’ and team championship titles after moving up from the Porsche one-make cups. Porsche had already secured the manufacturer’s world championship title in advance.

The successful duo from Denmark and France, who shared driving duties in the No. 92 Porsche 911 RSR with Belgian Laurens Vanthoor, scored enough points at the 24-hour race in France to clinch the title. Porsche had already claimed the manufacturers’ title prior to the endurance classic. 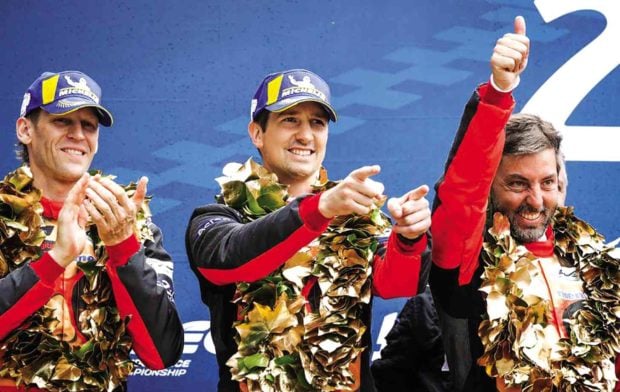 At the 87th edition of the 24 Hours of Le Mans, all four Porsche 911 RSR maintained an impressive pace in front of 252,500 spectators. The best result was achieved by Gianmaria Bruni (Italy), Richard Lietz (Austria) and Frédéric Makowiecki in the No. 91 nine-eleven landing a podium finish. Earl Bamber (New Zealand), Patrick Pilet (France) and Nick Tandy from Great Britain yielded a double podium result for the Porsche GT Team. Both Porsche 911 RSR vehicles crossed the finish line less than 70 seconds behind the class winner.

“To win all titles at the last race of the season and to witness three driver crews on the podium is an incredible story.” says Fritz Enzinger, Vice President Porsche Motorsport. “We’ve concluded the FIA WEC Super Season with the greatest possible success. Now we aim to secure more titles in the North American IMSA series. This is already one of the most successful seasons in the history of Porsche Motorsport. My thanks go to all the team members at the racetrack and to all the employees in Zuffenhausen and Weissach, as well as all other locations who’ve made these successes possible.”