Nissan Patrol on a roll 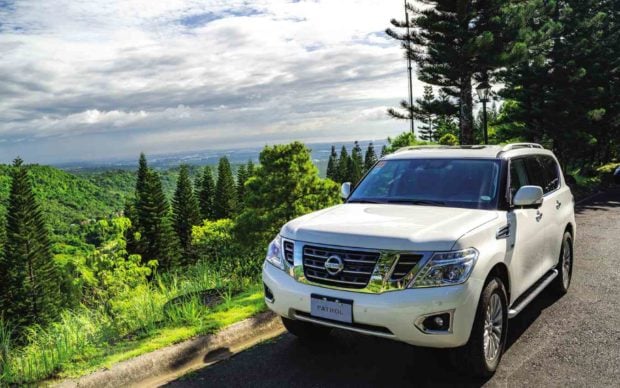 With an impending storm on the day of the Nissan’s Go Anywhere drive, us participants initially wondered why we were plotted to go head-on towards it, from Nissan’s new office in BGC, Taguig to Taal in Batangas. I for one didn’t immediately put it together that it was exactly the point, for at the ready was an imposing fleet of the latest iteration of the Nissan Patrol, ready to take on anything we’d be bold enough to drive it to.

After briefly negotiating moderately congested Manila traffic, we took the scenic route to Taal. Of course with the ulterior motive of getting the better part of the drive, I picked the later slot to take on the wheel, and it paid off. Rain pummeled our fast moving convoy en route, and the tight and seemingly endless sequence of twisties just started to turn up- with a grin, I went “here we go!” The Nissan Patrol, equipped with a 5.6-liter naturally aspirated V8 Gasoline engine enabled us to charge without effort, and without fear of “losing it” despite the sopping wet roads. Complemented with a full-time All-Wheel Drive configuration and its proprietary Hydraulic Body Motion Control, body roll on those sharp curves were virtually undetectable, and amazingly, its tenacious grip was reassuringly tangible. It in fact instills a sense of added confidence to push against the elements- of course, with mindful restraint. It’s necessary, since the Patrol gives you 430hp and about 500Nm of Torque on tap to toy around with as you see fit. On clear straights, a brief stab on the accelerator gives you a bossy thrust forward with the accompanying roar of eight gnarly (but refined) cylinders. The way the Patrol’s drivetrain moves its massive bulk with an incredibly agile and “light” handling feel is surreal. In no time we reached our destination.

Day 2 shoved us straight into a makeshift off-road track that was designed to demonstrate the effectiveness of the Patrol’s Hill Start Assist and Hill Descent Control features- enabling one to easily start even from a steep incline, and safely drive downhill through an aggressive slope in a well controlled manner. The Patrol’s generous ride height in combination with its 20-inch wheels and beefy all-terrain tires definitely helped make traversing the off-road track seem like a walk in the park- and all that in the exceptional comfort of its roomy and decked-out leather-clad interior.

What the president and Managing Director of Nissan Philippines, Mr. Atsushi Najima said to us prior to rolling out was no exaggeration. The Go Anywhere drive with the Nissan Patrol would be a solid showcase of the vehicle’s peerless performance capabilities wrapped in a premium luxury package, fortified with cutting-edge technology and safety features. While we aimed to prove that ourselves, the new Nissan Patrol emerged with flying colors and glowing marks in every respect. Point well taken, Nissan. Given the opportunity, we’d be more than willing to Go Anywhere with the Patrol, at any time. 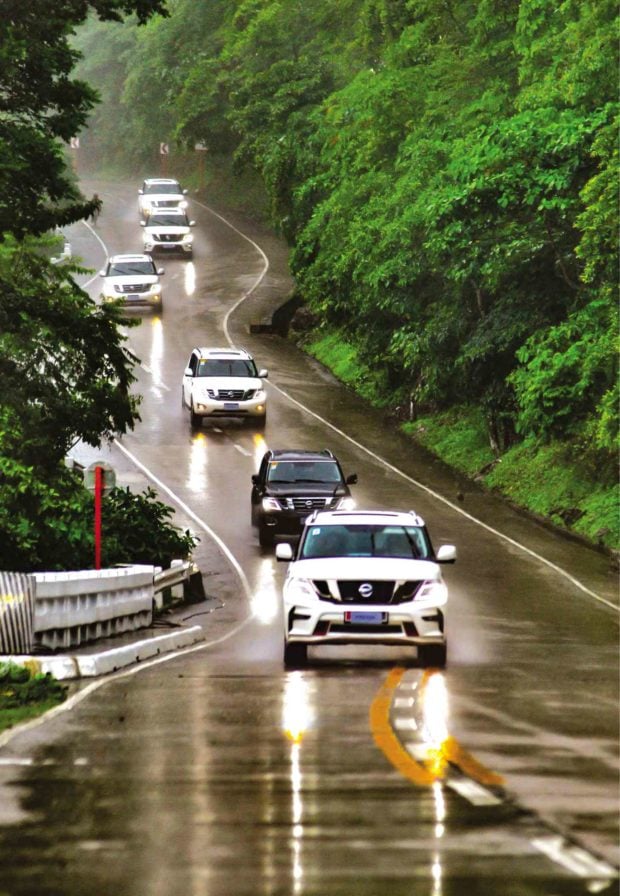 With unfaltering grip on a sheet of water, our convoy of Nissan Patrols made easy work of our rain-soaked run to Batangas. 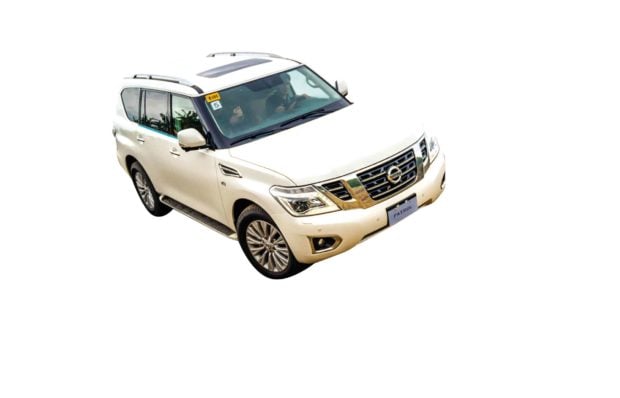 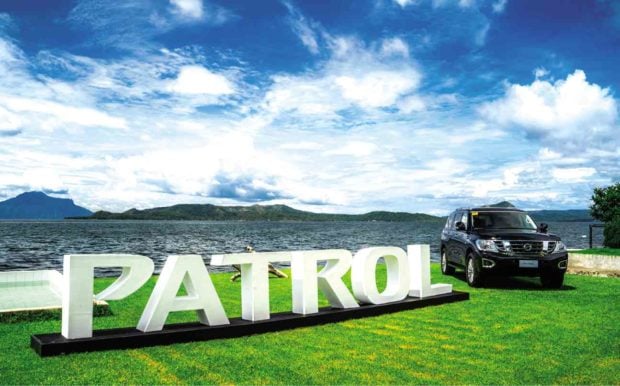 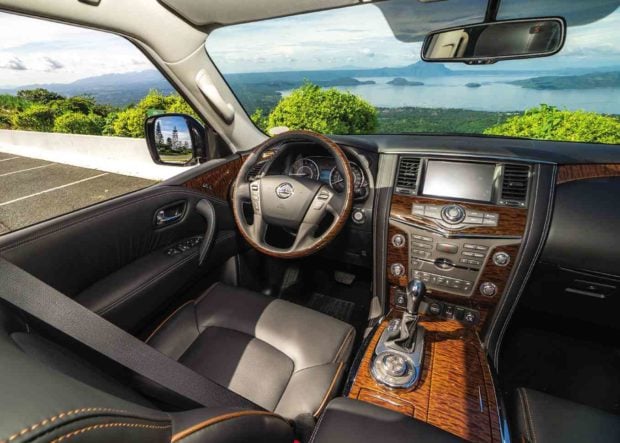 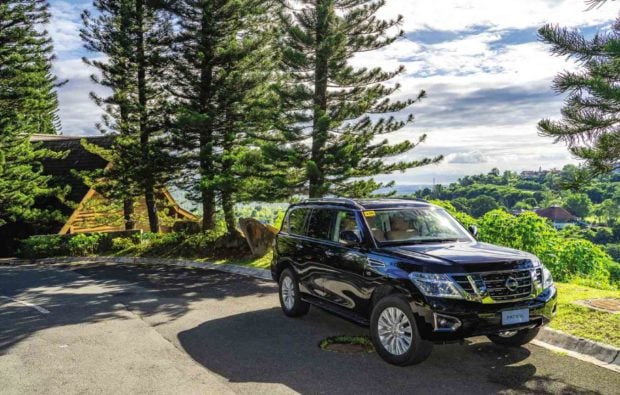 President and Managing Director of Nissan Philippines, Mr. Atsushi Najima strikes a pose after a relaxing drive in the comfort of the Patrol’s spacious and exceptionally equipped interior.