The joys of visiting BMW Welt and Museum 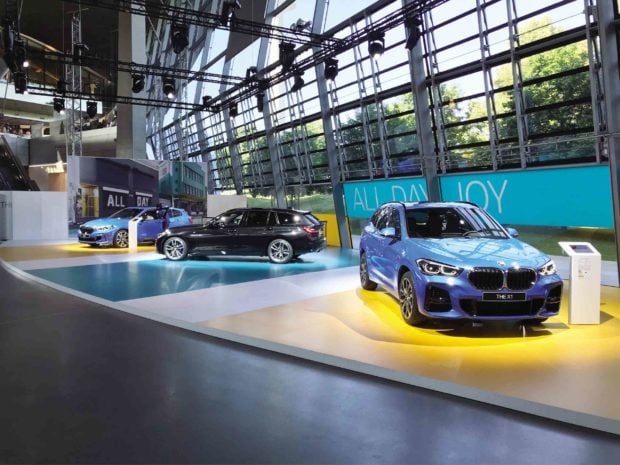 MUNICH—Mention a trip to a museum for any car guy, and they might grimace at the thought of going through seemingly boring stuff long forgotten. Well, part of enjoying and understanding a particular car brand is in fact knowing about their history as well as their future plans.

The BMW Welt and Museum are two separate buildings, situated in the BMW Group Center’s sprawling complex and is a perfect place to spend an entire day. There is also the famous BMW ‘Four Cylinder’ building which is the brand’s global headquarters, plus the various factories and warehouses for BMW. It’s located right beside the Munich Olympic Village, which to this day is used extensively by

German athletes, it’s a nice leisurely area where one can stroll through the massive parks that connect both complexes, ride a bicycle or enjoy a picnic with friends. Access is easy, via bus and subway (Olympiapark Station) which interestingly, is sort of an honesty-system: you can buy a 3-day pass for use on the subway, tram and bus without anyone actually ever checking your ticket. From BMW Welt & Museum, you can hop onto the subway to see Marianeplatz, the old city center of Munich which is the seat of Bavaria.

Left: BMW Motorrad RS 255 from 1933 and a BMW propeller aircraft engine, where the brand got its logo inspiration from, an a manufacturer of aircraft engines

BMW Welt (world in German) is housed in an ultra-modern looking high-ceiling building that has an inter-active display where guests can view, get in and in some cases try-out the latest BMW Group products which include BMW automobiles, motorcycles (motorrad in German), and of course MINI and Rolls-Royce products.

Entrance is free, and you can schedule a short test drive on the building’s massive atrium where the current line-up is on display. The vehicles on focus when I went were the all-new 3-Series, the all-new Z4 and the BMW 8-Series coupes and convertibles. If you (temporarily) get tired of the cars, there are two restaurants inside the building, a café and a fine-dining resto to feed your hunger. And of course, there’s a massive gift shop where you can buy BMW lifestyle products at discounted rates, from clothes, bags, sports accessories (BMW sponsors golf and sailing, as an example) riding gear for BMW Motorrad, BMW themed home décor and die-cast toys.

BMW Welt also plays host to numerous social events in and around Munich, especially on Sundays as the BMW Welt is one of the few establishments open on the weekend. 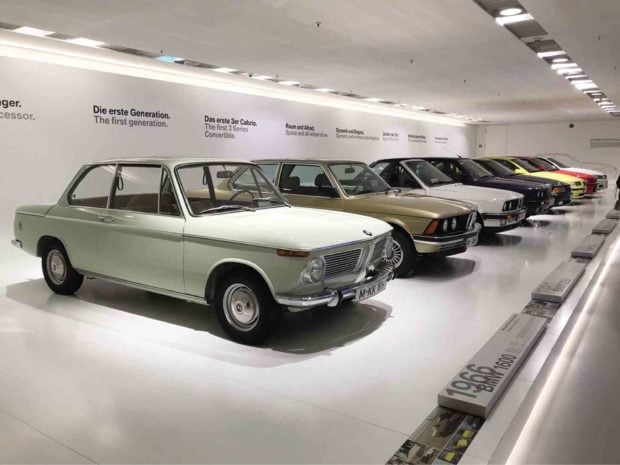 After the BMW Welt, you take an elevated pedestrian pathwalk over to the other side of the street, and find yourself at the patio of the BMW Museum. The museum, just like any other museum, houses the brand’s most important models that helped shape the company. From the earliest automobiles, to motorcycles, race cars and even a few boat and aircraft engines. Here, entrance is 10 Euros, or 24 Euros for a family with two children. While BMW Welt is a massive sprawling layout with two entrances from which you can start from, BMW Museum has a proper start/finish, and the maze-like layout holds lots of surprises. The building’s size is deceiving as it doesn’t look massive, but a big part is actually underground, so you will spend a good amount of time exploring every nook and cranny of the Museum, hoping to unearth some hidden gem. My favorite here was the F1 display which featured two Formula 1 cars from the late 80’s and the brand’s most recent foray into top-tier Grand Prix racing. 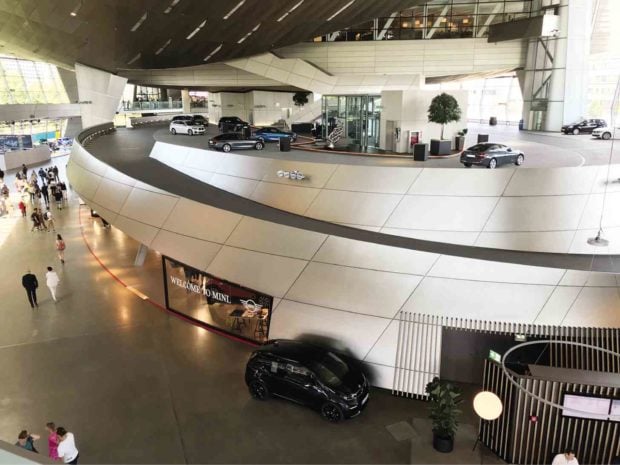 The overall experience isn’t just for car guys, but for motorcycle fans too. The motorrad display is massive, and the sheer number of important and technologically pioneering BMW Motorrad models was surprisingly large as well.

Should you ever find yourself in Munich, a visit to the BMW Welt and Museum is a must. Even if you’re not a BMW fan, or if you just have a passing interest in cars, both places are a must-see attraction. Afterwards, you can, as mentioned earlier stroll through the park encompassing both the BMW Group Center and OlympicVillage. 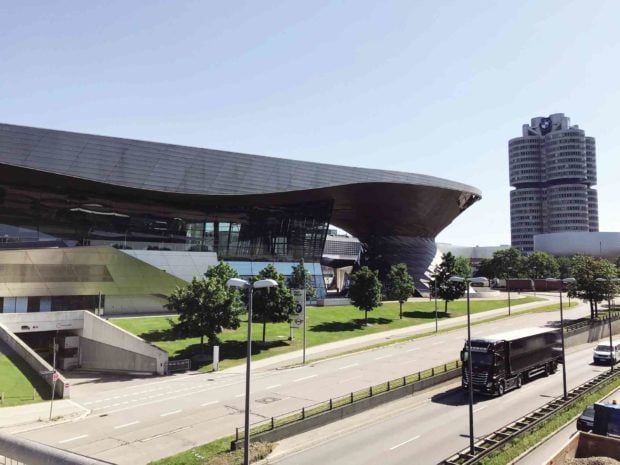