Is PH ripe for electric vehicles? 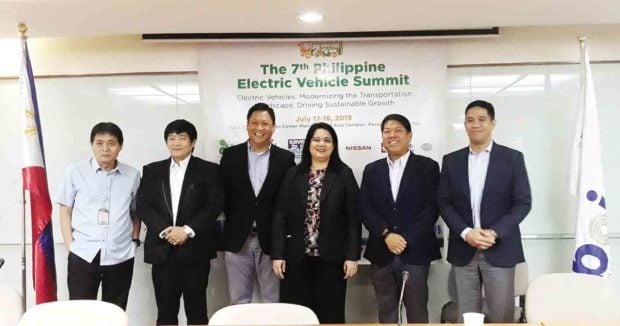 Electric vehicle ownership is rising fast. Last year, 2.1 million new electric vehicles were sold worldwide with China cornering 56 percent of the market as 1.2 million units were bought. In fact, the International Energy Agency predicts that there will be 125 million in use worldwide by 2030.

The same report adds that this number could potentially double should governments step up the pace in making its ownership more affordable. To encourage the sale of more electric vehicles—EVs—as well as other non fossil fuel alternatives, Germany has already announced it will stop the sale of all new gasoline and diesel powered vehicles from 2030, Scotland from 2032, and France and the United Kingdom from 2040.

The risk of polluted air in addition to climate change have convinced more and more countries to start looking for ways to reduce the effects that come with vehicles that rely on fossil fuel. China is learning this the hard way. Its Ministry of Ecology and Environment last year reported that emissions from its more than 300 million vehicles have become a major source of air pollution: 333 million tons of carbon monoxide, 57.4 million tons of nitrogen oxide (NOx), 40.7 million tons of hydrocarbon, and 5 million tons of particulate matter (PM).

These vehicle exhaust emissions brought about several environmental problems including dust haze, acid rain and photochemical smog in a number of its heavily contaminated cities such as Beijing, Tianjin and Shanghai. This development forced China to vigorously promote the usage of clean diesel-powered vehicles and green transportation that included EVs.

Today, EVs have become a large part of Chinese daily lives. In the southern city of Shenzhen, for example, all buses are now 100 percent electric powered. The city, dubbed as “China’s Silicon Valley”, is also home to BYD, the world’s second largest EV manufacturer in 2018 after Tesla of the United States.

“We want a similar development to happen here in the Philippines. In fact, the local electric vehicle industry scene has never been more exciting as EVs are now becoming mainstream. Infrastructure and government support to sustain the growth of the industry are now being set up, for example the 3,000 Bemac eTrikes of the
Department of Energy now being deployed nationwide are becoming more visible in various LGUs. Of course, there’s the eJeepney deployments that are being done in Metro Manila, as well as in Visayas and Mindanao as part of the government’s Public Utility Vehicle Modernization Program (PUVMP),” informs Edmund Araga, president of Electric Vehicle Association of the Philippines (EVAP).

Regarded as the main voice of the EV industry in the country, EVAP is looking forward to its upcoming Philippine Electric Vehicle Summit happening from July 17 to 18 at the SMX Convention Center in Pasay City.

“The Philippines is slowly learning the benefits of adopting to EVs in order do away with the negative effects that come with vehicles running on fossil fuel,” says Araga. Indeed, making the switch to electric vehicles to help improve the country’s overall air quality and lower carbon emissions, as Araga advocates, is somehow supported by an interesting study that the Northwestern University in Illinois recently published.

The said study provided evidence that even when the electricity is generated from combustion sources, EVs have a net positive impact on air quality and climate change. The study quantified the differences in air pollution generated from battery-powered EVs versus internal combustion engines.

“This is a very exciting time for the country because not only is the government, through its PUVMP that aims to upgrade some 200,000 public utility jeepneys over the next six years with Modern PUV powered by either a Euro 4 diesel engine or an electric motor, but even some of the world’s biggest auto manufacturers and allied companies, are here to entice the market with their fascinating products. Nissan, Mitsubishi and Hyundai is set to exhibit their respective EV models while a few EVs converted from their regular conventional engine configuration will also be showcased. Even battery maker Motolite will unveil a new EV model that it has been keeping under wraps for so long,” informs Araga.

All in all, about 15 vehicles, composed of electric tricycles, cars, SUVs and jeepneys participating in the PUVMP are expected to be exhibited during the two-day summit. “Moreover, visitors will even have the opportunity to test drive some of these EVs at the grounds near SMX. The best news is that if you visit the summit, you might bring home an eTrike that will be raffled off,” adds Araga.

Mitsubishi Motors Philippines Corp. (MMPC), one of the summit participants, has been a leading proponent of EVs, as well as hybrid vehicles for years, even donating a number of electric i-MiEV and Outlander plug-in hybrids (PHEV) to both national and local governments. MMPCs hopes that with the cutting-edge technology, unrivaled safety and greener credentials that both models offer, policy makers would be convinced to price them very close to their gasoline or diesel powered counterparts, which is now seen as a major hindrance for their rapid adoption here.

One solution is to cut the taxes and duties for both models down to zero. Currently, the best incentive the government could offer is a 50-percent exemption in taxes for EVs. Somehow this is not extended to PHEVs, as they are not exempted from both taxes and duties.

But beyond lowering import taxes and other fiscal incentives, Hyundai Asia Resources Inc. (Hari), the official importer and distributor of Hyundai cars in the country, urges the government to also look into non-fiscal incentives such as free registration for hybrid/EVs, parking, and toll fees to encourage the public’s shift to more eco-friendly modes of transport.

Nissan Philippines on the other hand, has announced that it is set to bring by next year, the world’s best selling electric vehicle, the Nissan LEAF. Over 400,000 Nissan LEAFs have been sold since the original model’s debut in 2010. While it is estimated to be priced around P2 million, its final price tag here in the Philippines will still depend on additional tax incentives the government may grant.

Araga explains that with all these positive EV developments unfolding this year, the Philippine Electric Vehicle Summit 2019 with its theme, “Modernizing the Transport Landscape: Driving Sustainable Growth” will no longer focus on just introducing products but towards actual end-user adoption and how they can be fully utilized for a truly sustainable and electrified Philippine transport.

“EVAP has recently talked with the Philippine Nickel Industries Association to explore the possibility of manufacturing locally nickel metal hydride and lithium ion batteries for automotive application. The Bureau of Philippine Standards is now busy crafting a complete set of standards for electric vehicles that will cover parts, components, testing parameters and procedures and safety feature,” informs Araga.

Also participating public transport officials, local government representatives, members of the academe and electric vehicle and automotive industry players will also be attending during technical sessions to cover topics including how to make electric vehicles more mainstream in the Philippine setting.

“We invite enthusiasts and the general public to come and see what the Philippine Electric Vehicle Summit 2019 has to offer—the future of automotive industry. We are sure that our displays and scheduled talks from various experts will be both educational and enlightening for all involved,” says Araga.

To facilitate entry into the summit, one may register online in advance through the event website: http://www.pevsummit.com/