Audi swings by in Spider-Man: Far From Home 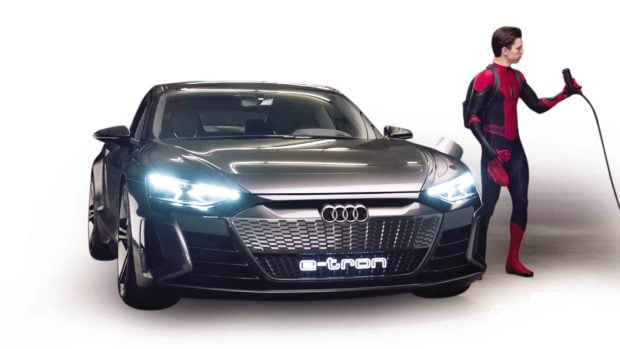 Thanks to the superpower of product placement (logo on chest: a big $), Audi has been the vehicle of choice for this century’s most successful movie franchise, the Marvel Cinematic Universe (MCU). From the very first film, 2008’s “Iron Man,” Audi has been sharing the spotlight with various superheroes. Tony Stark was the first cinematic Avenger, and even before he became Iron Man, the Audi R8 was quite visible in the film that started the whole series. The film with the most Audi-centric scenes was “Captain America: Civil War,” where various heroes, including Cap, Black Panther, Sharon Carter (aka Agent 13), and yes, Iron Man, take the wheel of the SQ7, Prologue concept, A4 and R8, respectively.

In Spider-Man: Far From Home, the 23rd film in the MCU, the Audi e-tron, A7 and Q8 will have prominent time on screen, as the likes of Fury, Nicholas J. all need a slick, fast vehicle. The Q8 in black matches well with Spidey’s new stealth suit.

To celebrate the collaboration, Audi and Sony Pictures have produced a short film depicting Peter Parker’s adventure with the all-electric Audi e-tron GT concept. In the digital short, Parker (Tom Holland) and best friend Ned Leeds (Jacob Batalon) need to win a school science fair against some serious competition. Spider-Man pulls some heavy strings to snatch the e-tron GT from the future and bring it to their high school. Do they win the competition? Watch the digital short to find out.

“Teaming up with Sony Studios gives us an ideal opportunity to stage Audi´s electric offensive in a spectacular environment, and to customize this important technology for a highly engaged audience. Therefore product placement plays a significant role in our new brand strategy,” said Sven Schuwirth, Head of Audi Digital Business and Customer Experience. 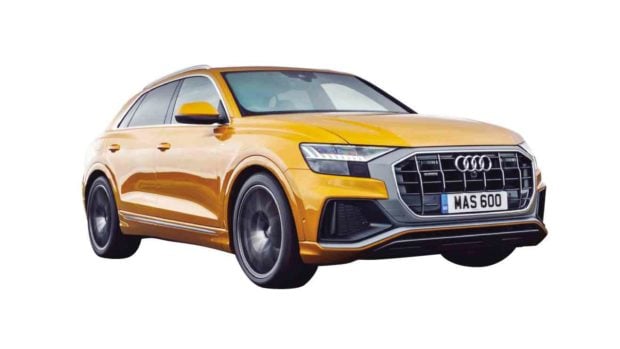