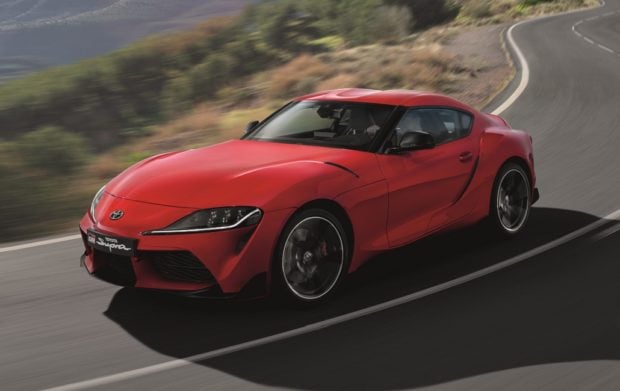 APPARENTLY, one of the factors which led Toyota into the Toyota Supra/BMW Z4 collab job was the need for an inline-six engine suitable for a sports car. Inline sixes are a longtime BMW specialty.

This was related on Tuesday night by a Toyota Motor Philippines executive during the local introduction of the GR Supra — the car’s official name, with “GR” standing for Gazoo Racing, Toyota’s premier motor sport initiative. He said Toyota engineers who worked on the Supra project had determined from the start that an inline-six was most ideal for the product brief they had on hand at the time (a four-cylinder Supra also made it to production). 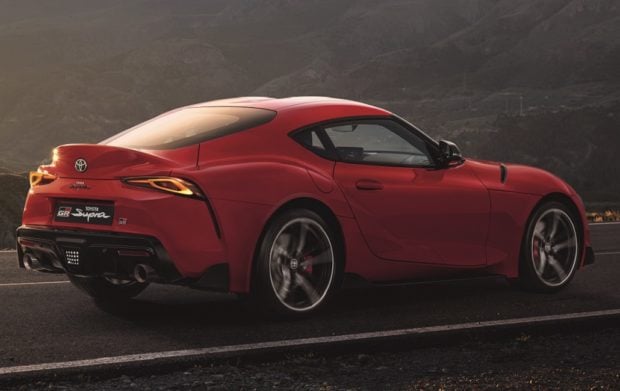 The GR Supra makes it to the Philippines in a single version. Suitably, it’s the one propelled by a 3.0-liter inline-six that, with a twin-scroll turbocharger, outputs 335hp and 500Nm. This mill is Bavarian, retuned by Toyota for the Supra. Max torque kicks in at a low 1,600rpm, promising peppy responses. Accounts put it the figures allow the Supra to sprint from rest to 100km/h in under 4.5 seconds, with top speed hovering around 250km/h.

An eight-speed automatic transmission sends the grunt to the wheels at the back of the car. Yes, the Supra is also classically front engine/rear drive. 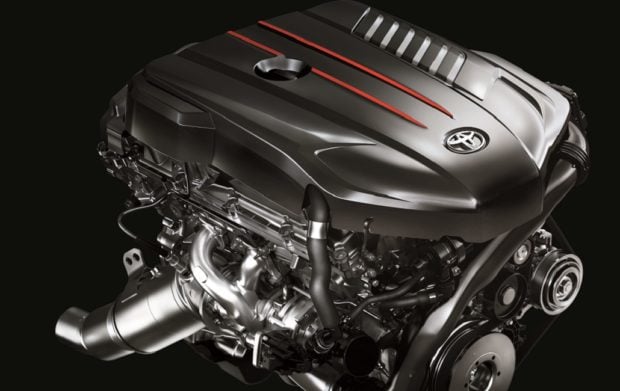 Certainly, the engine does not a car make. Toyota said its engineers turned their attention to three fundamental elements in ensuring the Supra makes the best use of the power it packs, namely wheelbase, wheelbase-to-tread ratio and center of gravity.

The Supra has a wheelbase spanning 2,470 millimeters, a full 100 millimeters shorter than that underpinning the 86 — Toyota’s other sports car. True, this compact spread precluded the Supra from getting token backseats, which the 86 has, but it also led to a wheelbase-to-tread ratio of 1.55. Toyota said this is one of the tightest ratios among mass-produced sports cars. It isn’t something hard to believe when looking at the Supra as it sits on a ballroom floor — this car is compact. What is also difficult to doubt is Toyora’s assertion that this short wheelbase is key to the car’s ability to switch directions instantly.

Helping out in this regard, not to mention promising to keep the car planted, is the Supra’s low center of gravity, which Toyota said is even closer to the ground compared to the 86. Which is a feat; the 86 has a boxer engine, remember?

What does having a lower center of gravity mean? A person would more likely get tripped by an obstacle when walking rather when he is crawling on all fours, when his center of gravity is, you guessed it, lower.

The release of the new Supra ended the nameplate’s 17-year hiatus, and its arrival in the Philippines marks the model’s debut in the country. The car costs between P4.990 million and P5.090 million depending on which among the eight paintjobs available is picked.

With the Supra, this is hard to get wrong. 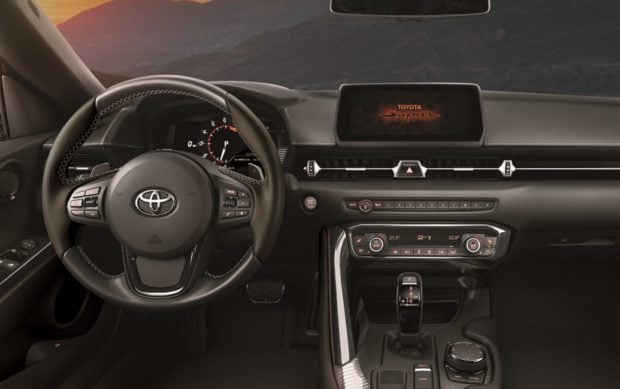