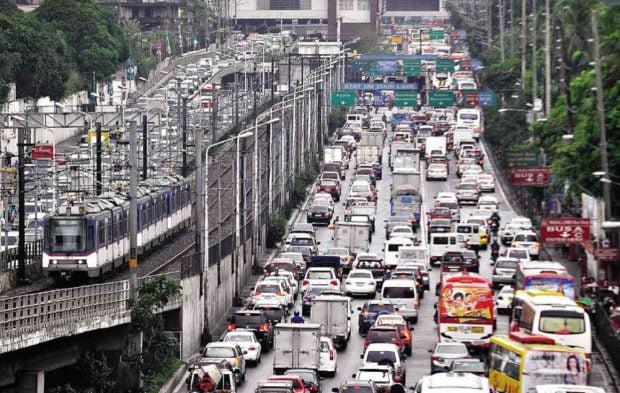 SENATOR Francis Tolentino, known ally of President Rodrigo Duterte, has filed a bill seeking emergency powers for the chief executive in order to address the worsening traffic conditions in Metro Manila and other key cities in the country.

Senate Bill No. 213, or the Special Emergency Power Act, was filed in the upper chamber last week but a copy was released only to media on July 10, a report published in the Philippine Daily Inquirer on Thursday said.

“The exercise of emergency powers shall be limited to acts that would resolve the traffic and congestion crisis,” the report quoted the bill as stating.

Under the bill, set to last for two years if approved, the President can use government resources, exercise police power and resort to executive actions in addressing the traffic problem. Covered by the emergency powers sought are land, air and sea traffic in Metro Manila, Metropolitan Cebu, Davao City, Cagayan de Oro and other highly urbanized cities.

The bill also proposes that the secretary of the Department of Transportation be designated as the “traffic crisis czar.”

Senator Grace Poe, however, cautioned against the granting of emergency powers, the Inquirer said in a report published on July 11.

“We reiterate our support for any solution to ease the traffic congestion particularly in Metro Manila. We also welcome any support from our colleagues in the Senate and House of Representatives on the issue,” Poe said in a statement issued on Thursday.

But the lawmaker was also quoted in a radio interview on Thursday morning as saying that having emergency powers do not necessarily mean quick solutions, citing the rehabilitation of war-torn Marawi City in Mindanao as an example.

“‘Wag nating isipin na magic pill or magic bullet ang isang emergency power dahil kahit nandyan ‘yan, nakita naman natin na ang rehabilitasyon sa Mindanao ay hindi agad-agad (We should not think that an emergency power is like a magic pill or a magic bullet because even if it is already granted in Mindanao the rehabilitation efforts there have not shown immediate results),” Poe was quoted in the radio interview.

The senator was also quoted as saying that certain processes, like allowing right-of-way or the relocation of informal settlers, will still need the courts’ approval even if the President is granted special powers.

Poe also asked government to take extra care in using these powers, as these may lead to corruption, the Inquirer report said.