A love affair with the Toyota Supra 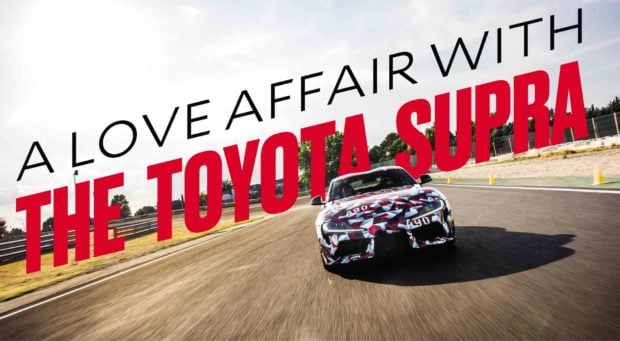 I own a 1995 USDM-spec JZA80 Toyota Supra MKIV and I love it to bits. It’s an original LHD model, with a targa-top and the coveted Getrag 6-speed manual. It’s been a love-hate relationship since it became mine in 2007, no thanks to achy-breaky parts that have kept my Supra at the repair shop half the total time that I owned it. But believe me, I really don’t mind because my fondness grows with each big improvement that my Supra shows in the same manner that pet lovers go crazy for every new trick their fur babies learn and display.

Despite all the hardships and reliability issues associated with owning an old car, not to mention the general lack of familiarity by local shops, I’ve never once regretted my Supra purchase. It has left a gaping hole in my pocket a few times, but overall the experience has been nothing short of rewarding. Nothing matches the sound of the single Borg Warner turbo spooling, wastegates screaming and tires wailing for dear life as I deploy the full dyno-verified 580 wheel horsepower and 505 lbs-ft of wheel torque. That’s roughly 650hp and 580 lbs-ft of torque at the flywheel. Yes, that much for an old car.

Today, it’s my rolling test bed. And just like any project car, the tweaking process never ends. Whenever I see a new part or component for it, I save up to buy and see just how much more power, torque, response or overall speed I can still squeeze out. And just like owning any 24-year-old car, old parts need replacing. People often ask me, don’t you get tired of spending on it? My reply is simple: people play golf, cycle, collect memorabilia or other hobbies and spend on them too. For me, the Supra stands for everything I love about motoring. 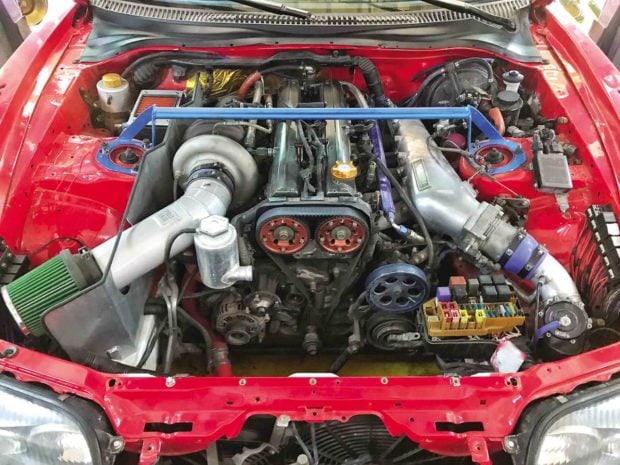 This Supra affection is the reason why I’ve developed close relationships with a variety of shops and the people behind them, such as DTM Motorsports for the general mechanical repairs and upgrades, Profab for the custom-fabrication work and tuning, AEM Electronics Philippines and Limit Zero trading for parts, plus Motul Philippines – Autoplus Sportzentrium for high-quality lubes & spares. The friendships made through my Supra has been memorable, unique and of great value. My car, humorously has somehow developed an illicit relationship with the flat-bed truck of the Automotive Association of the Philippines. It has left me stranded seven times on the side of the road late at night- and that’s six more than my previous car. I’ve also been left stalled a few times as the Supra failed to start before my journey could even begin. But that’s character for you: like a beautiful, hot-blooded, passionate yet tempestuous woman. Thankfully, it’s now behaving like a proper Toyota in terms of reliability so I’m focused on its aesthetics, sprucing it up, making it look and feel newer despite it’s age. And that’s another one of the Supra’s strong suits: the shape is timeless. I have many years ahead of happy motoring, tinkering, tuning and modifying with my Supra, which I lovingly call Poopra.

Tell you what, this public display of affection with the Supra was probably the reason why Toyota Motor Philippines saw fit to send me to Spain last year to drive a close-to-production A90 Supra. Objectively, the A90 is better than the A80. Better handling, more focused, more dynamic and more efficient.

The A80 Supra was a symbol of Japan’s peaking bubble economy, mirroring the values of the time when it was conceptualized and created. The A90 follows suit: today, things are much different. People want something different from the A80. The problem is when you say Supra, there are some expectations that noisy fanboys desire for. But that’s for another story. There are similarities that tie-in the A90 with its predecessors: the long hood, rear-wheel drive, an inline-six engine, and starting from the A70 MKIII, a turbocharged six at that. The A80’s 2JZGTE is truly Toyota’s finest engine: overbuilt, tough as nails and very easy to make almost triple the power without opening it up.

It is a legend on its own that rivals the Supra itself. 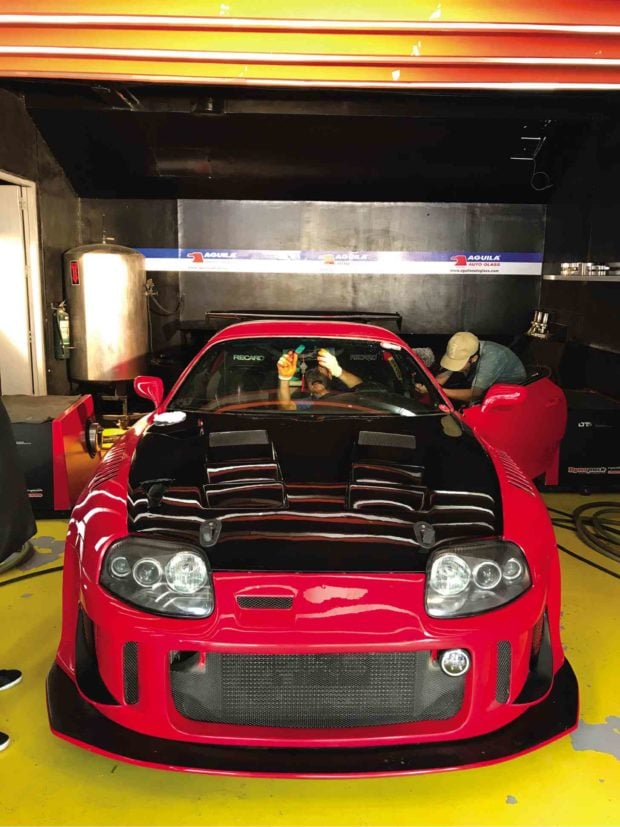 The A90 is a sharper, more focused sports car, whereas all the previous Supras were sporty grand tourers. Yet all are worthy to be the flagship
Toyota model.

I want an A90. Despite being a more focused sports car, it’s also easier to drive everyday, undoubtedly more fuel efficient, and being new, will be more reliable. Unfortunately, real-world budgetary constraints and adulting responsibilities mean I can’t. But that’s ok too. I’ll just be waiting around for a good deal a few years down the line, I and when the hype is over, will hopefully snatch one at a bargain. Because I love the car, the model, the nameplate, it will always be appealing to me.

Thankfully, owning my 22- year old ‘mistress’ (as the missus refers to my Poopra) will be made easier to own and maintain as Toyota has announced that they will now re-start producing discontinued parts for the A70 & A80 models, following Mazda (MX-5) and Nissan (Skyline GTR).
Ever heard of blind devotion?