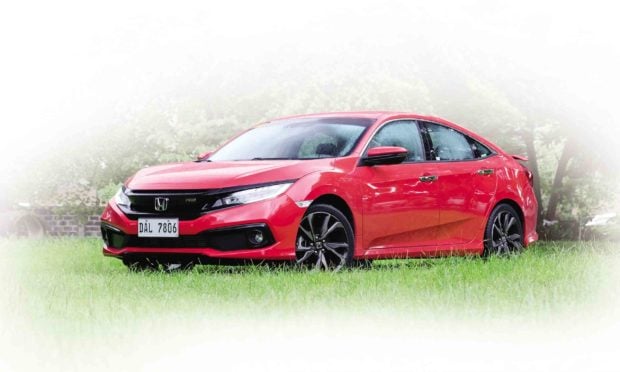 The Civic still remains as an aftermarket favorite.

I’ve always been asking people if a traditional 3-box sedan still can own a spot in their hearts, minds and garages especially something as polished and refined as the Honda Civic RS.

I had the pleasure of driving the latest, revised Honda Civic RS. Dynamically it is similar to its pre-facelift version, but 2019 has seen some aesthetic updates. A new front bumper and new bigger wheel design stand out as the major changes, while inside, a revised interior with red and black leather and a carbon-fiber-esque insert, and a revised 7-inch infotainment system with quick access buttons for the climate control, navigation system etc. (instead of using the LCD touchscreen), round out the changes.

Today, 173hp and 220 Newton-Meters of torque from its direct-injected and turbocharged 1.5 liter 16-valve mill seems paltry as many family-oriented 7-seat SUV’s, pick-ups, cross-overs and even vans deliver more HP than that. And crucially, almost all are available with 400 or more Newton Meters of torque, driving through highly advanced and adaptive 6-speed automatics. You can see where the industry has really spent its time, focus and energy on, and the traditional sedan has been somewhat left behind.

The Civic RS has also been overshadowed by its big brother, the FK8 Type-R, which is finally available to the global market. You’ll see many Honda Civics dressed up in Type-R looking front and rear bumpers, replete with the Type-R’s unique three-outlet exhaust system and massive rear wing, plus roof-mounted vortex generators. My point? Almost everyone who owns a Civic, wants to look like a Type-R.

That’s a shame, as it is tantamount to selling the RS short. The turbocharged powertrain of the RS, together with its CVT transmission delivers painless, effortless motorway miles. Since I go to Tagaytay two to three times a week, a good motorway muncher is always welcome. Indeed, today’s Civic has grown in size to match that of the seminal 90’s Accord (the sedan our Dads used way back when), and in doing so, has gained executive skills as well. 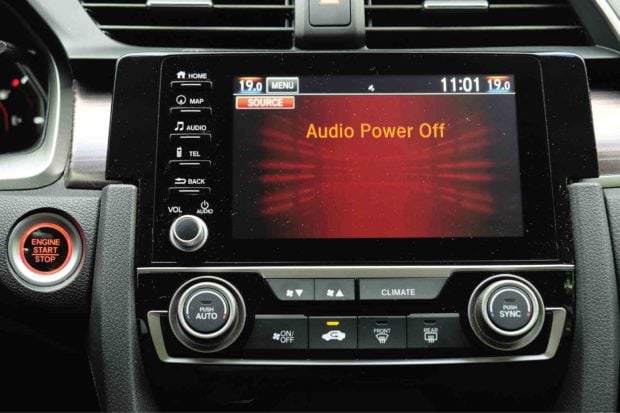 We’ve talked about refinement. The Civic’s long 2,698 mm wheelbase not only gives it exemplary interior space, but also increased high-speed stability and comfort. You can easily find yourself cruising well past the speed limit and not notice, as the Civic feels composed and comfortable on the highway. Even with bigger 18-inch wheels wrapped in Michelin Pilot Sport 4 high-performance tires, there’s very little high-frequency vibrations inside the plush cabin.

The aforementioned multimedia infotainment system boasts excellent mobile phone connectivity, and as a passenger on drives both long and short, falling asleep is as easy as 1-2-3 (just ask the missus). It’s also a very safe car, loaded with the proverbial kitchen sink: six airbags come as standard, with ABS-EBD equipped brakes and traction / stability control, plus hill-start assist. There’s a reverse camera to help keep the Civic RS manageable and maneuverable in tight parking slots. All features you would expect on a top-notch junior executive sedan.

And yet, despite outgrowing its juvenile boy-racer image, the new Civic still feels great to drive. It’s not as sharp and reactive as its predecessors, especially the EF/EG/EK generations 4th, 5th and 6th generations), but it is still a proper Honda, which means an excellent driving position thanks to the tilt and telescopic adjustment from the steering wheel complete with paddle shifters, a seat that adjusts a myriad of ways to suit drivers of almost all frames and sizes, and controls brimming with feel, if a bit toned down and muted compared to previous Civics. 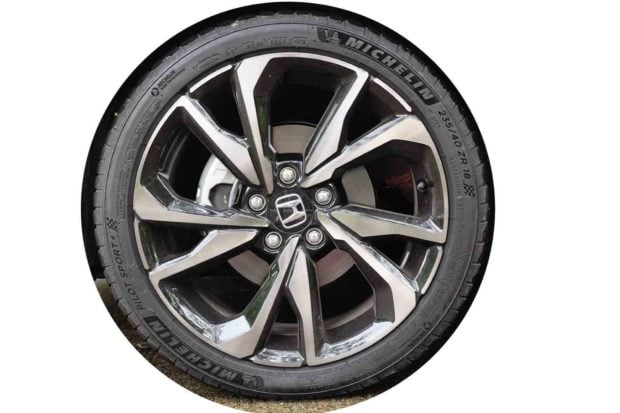 It might be too much to ask for the latest Civic to shine on the race tracks as its predecessors did, but on winding mountain roads, the Civic still has it. Flows form corner to corner beautifully, with excellent body control mixed with a good dose of comfort and refinement. The brakes deliver excellent feel and feedback, and the tires, a surfeit of grip that gives you a reassuring safety margin. Likewise on the highway, the Civic, as mentioned earlier, gobbles up miles easily and effortlessly. It delivered an astonishing 15km/liter on the highway at a steady 100km/h cruise, thanks to boost and the CVT’s knack for finding the best virtual gearing. That’s with two adults and a weekend full of gear. Fuel efficiency drops down to about 7.8-8.2km/liter in the city with typical traffic, but that’s to be expected in a car of the Civic’s size and 1,305kg curb weight.

Interestingly, the Civic still remains as an aftermarket favorite. Many tuners are able to eke out lots of power reliably from the Civic, along with bolt-on parts, plus the requisite custom ECU tuning. Suspension parts are readily available, and of course a wide base of wheel-tire options. And if you really must, you can buy a bodykit to make your RS look like a quasi-Type R. It’s a sign that despite a huge shift in popularity from sedans to SUV’s and cross-overs, the Civic is still popular in the aftermarket / tuning crowd. 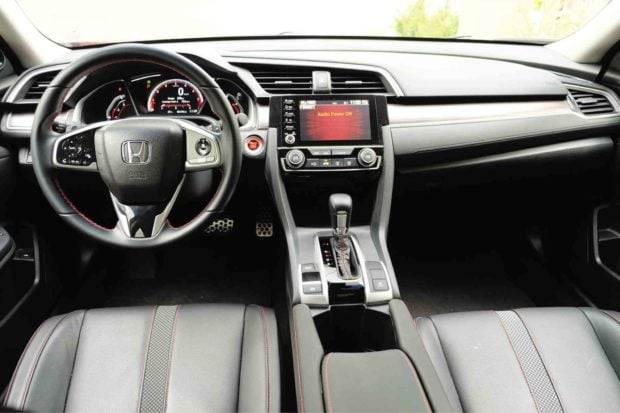 My only real complaint? The somewhat steeply raked A-pillars, coupled with the low roof-line can mean getting in and out is a bit of a struggle. Or my knees are shot and I need to lose more weight. The large glasshouse cabin could also use tint: I had the Civic in the heat of summer and the a/c would struggle to chill the cabin after it’s been left under the sun.

The Civic nameplate has had pretty big shoes to fill. It has grown up, lost some of its vigor, but gained polish, refinement and poise. But the most endearing quality remains: it’s still a fun to drive car, albeit in a different flavor, just like Civics from an era past.