Honda makes airplanes, too; actually, the HondaJet is bestseller in class 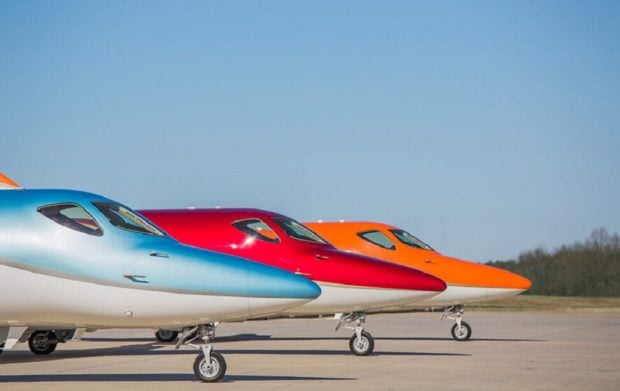 SEVENTEEN airplanes have already been delivered in the first six months of 2019 — the most in its class. These planes are none other than Honda Aircraft Co.’s HondaJet.

This bestselling status is actually something the plane has been notching for over two years now. The HondaJet simply outperforms its competitors in a sector called “very light jet.”

“We are thrilled that the HondaJet continues to be the aircraft of choice of our customers, both future and current. Maintaining our position as the most delivered aircraft in our class is a reflection of our team’s dedication to the design, service and efficient production of the most competitive very light jet,” said Michimasa Fujino, president and CEO of Honda Aircraft Co.

Other milestones logged by this aircraft? Well, the HondaJet recently became the first light jet to sign up for commercial service in Hawaii. Two HondaJet Elites were delivered to Wing Spirit, a new company in the islands that will soon offer luxury charter services to the well-heeled; it actually aims to have a fleet of 15 HondaJets.

Which means its sales and service footprint should become bigger, too; currently this spans territories in the Americas, Europe, Southeast Asia, China, the Middle East, India and Japan. To date, more than 130 HondaJets have landed in these places.