Miata zooming to 30th at Sepang 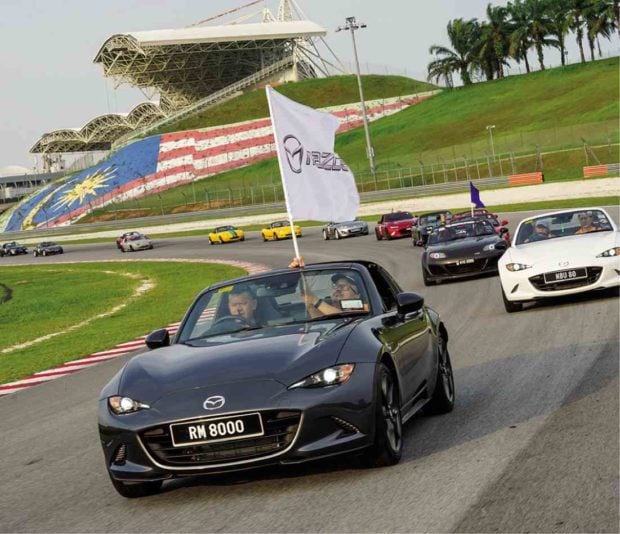 102 Mazda MX-5 Miatas from Malaysia, Singapore, and Thailand zoomed their way onto the Sepang International Circuit in Malaysia on
July 20, 2019. Driving the world-renowned roadsters at speed on the Sepang track, was the peak of the regional clubs’ celebration of the MX-5’s 30th anniversary. The event was the biggest MX-5 gathering in Southeast Asia so far.

Dubbed Tri5+ Season 6, the gathering of the Miata faithful was jointly organized by the MX-5 Club Malaysia and the Miata Club Singapore. The two clubs were joined by Miata owners from Thailand, thus making up the “Tri.” The “5” comes from MX-5. The Plus symbol represents the Miata Club of the Philippines. Although unable to drive their cars all the way to the ASEAN “mainland,” the Philippine contingent came in strong with 51 members and their families. Miata Club of Philippines (MCP) President Nonoy Yulo tallied the number of attendees from the other countries at 61 from Malaysia, 25 from Singapore, 15 from Thailand. Yulo said that MCP has joined the Tri+ plus event before, and this year represents their biggest attendance to date. 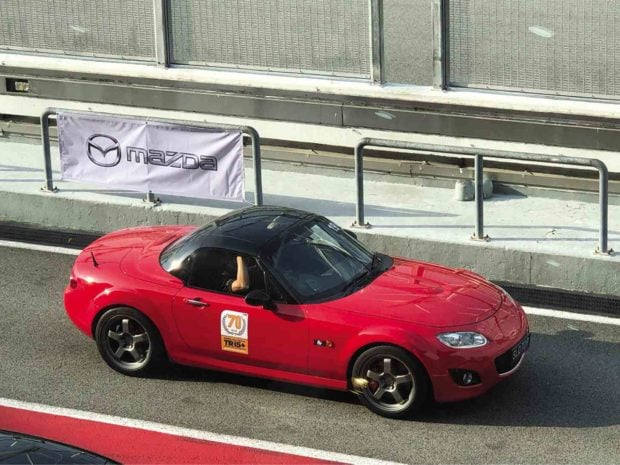 Club members from Malaysia and Singapore organized a drive to Thailand in 2013, and formed the Tri5 with the Thailand MX-5 club. The 2019 event began with an epic drive originating from Kuala Lumpur (KL) to Johor Baru, and across to Singapore, then back to KL, and on to nearby Sepang Circuit. The Tri5+ driving event is held every two years at Sepang.

Mazda Miatas from all four generations were represented at the Tri-5+ event. The first-generation MX-5 known as the NA debuted in 1989. It was meant as a modern reincarnation of the lightweight British roadster, down to the cheerful countenance and simple, snug interior. The Miata, though, did the concept better than the original, imbuing the roadster with mechanical integrity and electrical reliability, all while retaining the signature charm and driveability. 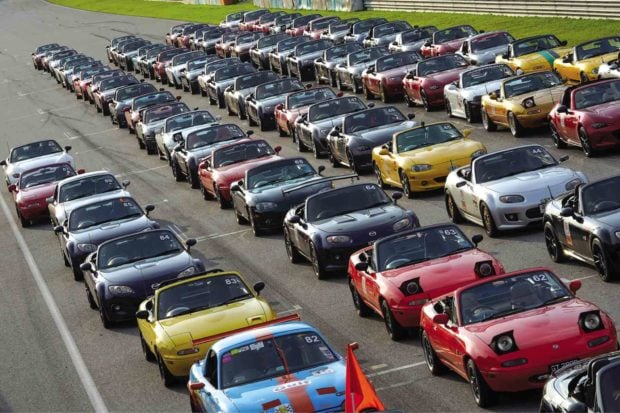 As a result, the MX-5 captivated a whole new generation of enthusiasts. They appreciated the Miata’s lightweight feel and direct handling. Its snappy transmission and quick-folding soft top endeared it to its
owners.

The modest engine output, laid out in the traditional front engine-rear wheel drive configuration, resulted in a nimble package that tantalized the senses. Drive an MX-5 on the track and you will instantly understand just how joyful it is to pilot the Miata. 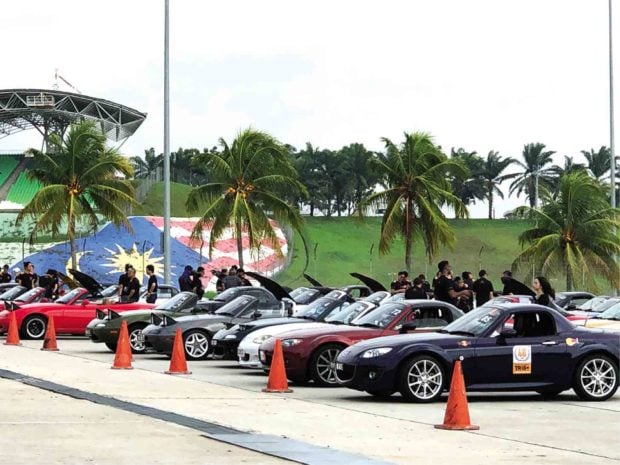 Club members from the ASEAN region gather around their Miatas. A group from the Miata Club of the Philippines also joined the drive.

The formula has been immensely successful for Mazda, resulting in more than one million Miatas sold as of April 2016, making it the world’s best-
selling sports car. Subsequent generations of MX-5 tweaked the formula for more everyday utility, notably with the addition of a retractable hardtop. The current generation boasts of an eye-catching design with a well-integrated retractable fastback. The 2019 MX-5 switches from well-sealed coupe, to open targa top in just 13
seconds.

2019 also saw the introduction of the MX-5 Miata 30th Anniversary Edition. Decked out in Racing Orange paint and interior accents, the Miata 30th Anniversary Edition is limited to 3,000 units worldwide. It features a Skyactiv-G 2.0-liter engine with 183ps, 17-inch Rays forged alloy wheels, and Recaro sports seats trimmed in Alacantara. According to Bermaz Auto Philippines (aka Mazda Philippines) President Steven Tan, all 30 units destined for the Philippines were snapped up within hours. It’s a wonderful indication of just how beloved the MX-5 is in the Philippines, according to Tan. The best thing about the MX-5, whether the special Anniversary Edition or the regular softtop or retractable fastback, is that you can experience some of the thrill of a tracktime drive every day. 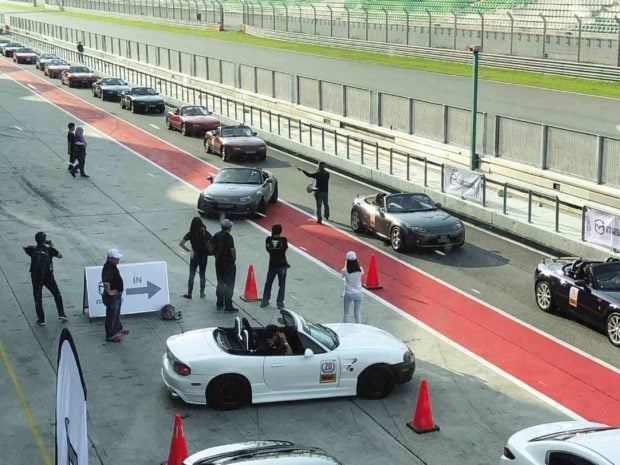 Mazda Miatas from Malaysia, Singapore, and Thailand went on an epic drive that culminated in a flat-out run on the Sepang track.