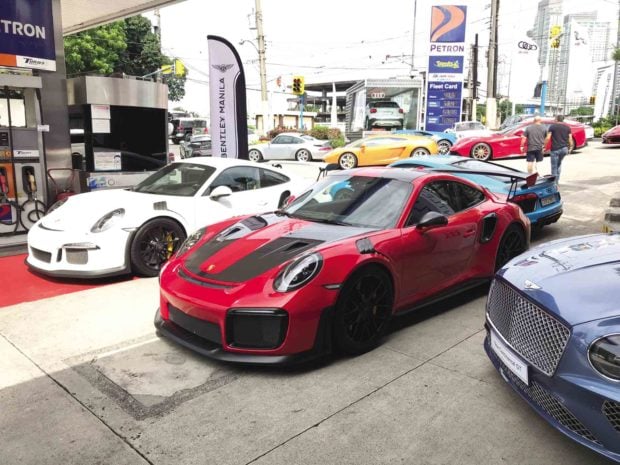 On any given Sunday, or holiday for that matter, the country’s four wheeled masterpieces come out to play, hang-out with like-minded drivers and enjoy our roads free of traffic.

There are many groups that congregate for a quick run, then proceed to have coffee or breakfast and share some stories, talk shop and inevitably, talk about work or business.

And this isn’t exclusive to Metro Manila either. I see posts on social media of sports and supercar owners congregating for a quick blast to enjoy open roads and scenic vistas.

On one such Sunday, I enjoyed an early-morning quick run with some like-minded friends. I had the Lexus LC500 gran turismo with me on loan from Lexus Manila, but upon arriving at Petron Dasma on Arnaiz corner Edsa later that morning and after our own run, it was obvious that the air here was different, massively different from what I am used to. 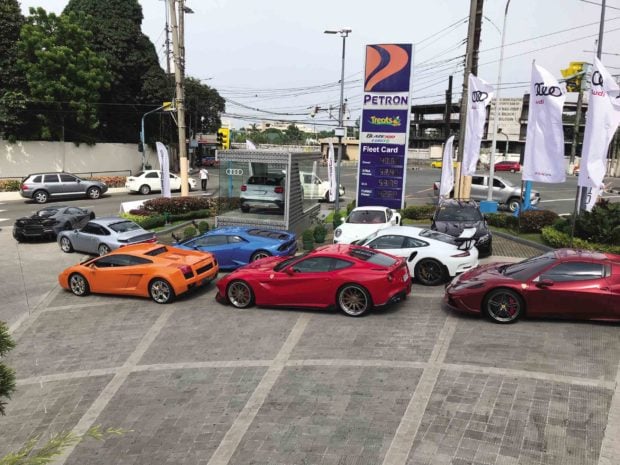 PGA Cars, the official importer and distributor for Audi, Bentley, Lamborghini and Porsche was hosting a breakfast with a small viewing party for the Bentley Bentayga and Lamborghini Urus, both super fast and amazing SUV’s. The clientele were mostly PGA Cars regulars and the choice of cars present was obvious: various models of the Porsche 911, a gaggle of Lamborghini Aventadors and a lone old-school Murcielago, a pair of Audi R8’s and other similar cars from different marques. A few McLarens were present, plus a trio of Ferraris to boot. The Chairman of PGA Cars, Robert Coyiuto was sporting his latest Bentley Continental GT gran turismo to the morning gathering.

For any car guy, it was automotive Heaven in Earth! Cars in different shapes and sizes, in eye-catching colors. Being there on a Sunday was a feast for the eyes. German, British, Italian and everything else in between. Thankfully, my Lexus LC500, though far less expensive and exotic still drew many longing stares from the crowd of on-lookers.

The atmosphere was friendly too. If you were there, even if you didn’t know many people, you were somehow considered as part of the PGA Cars group and owners took pride showing off their cars to other owners and on-lookers. Being in gatherings like this allow ordinary people like you and me to live vicariously, even if just a little bit, through these well-moneyed car enthusiasts.

I was particularly smitten by the McLarens present. With their impending arrival in our shores in the next few months, I was excited to see how they look upon closer scrutiny. The grey colored 600LT looked very futuristic and race-car like, with loads of bare carbon, alcantara & other exotic materials, a far departure from the usual leather and plastic we see in many of today’s modern cars.

Another car of particular interest was the Porsche 991 GT2 RS and the red one with black stripes looked amazing! Unfortunately, I couldn’t wiggle a ride/drive as the owner didn’t seem to trust me hahahahaha!

But the big daddy at the gathering for me was the Aventador S. There was actually an Aventador LP760 SV but the owner was leaving for a quick run himself. But the owner of the Aventador S was none other than Lamborghini Manila President Roberto Coyiuto III, who then offered me a quick shotgun ride down south in that mid-engined, all-wheel drive equipped 6.5 liter naturally aspirated V12 engine. The basso profundo from that powerful operatic V12 at idle would turn into a soul-stirring aria as it neared redline, matching any moving performance from the Three Legendary Tenors (Luciano Pavaroti, Placido Domingo and Jose Carreras)! 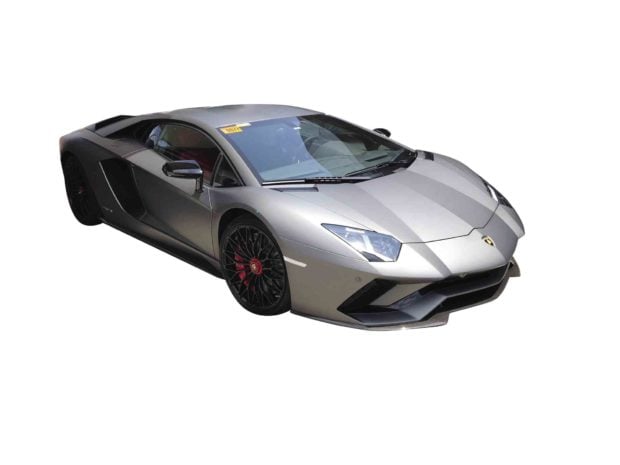 The Lamborghini Aventador remains to be my absolute favorite supercar, with the Porsche 911 GT2 RS being a close second. If I ever won the Super Lotto, these two cars would definitely find their way in my garage.

Hopefully, the next time I drop by on these gatherings, I can wiggle in a ride, or even a quick drive, if I’m lucky on a GT2 RS.

So, what’s your favorite supercar?