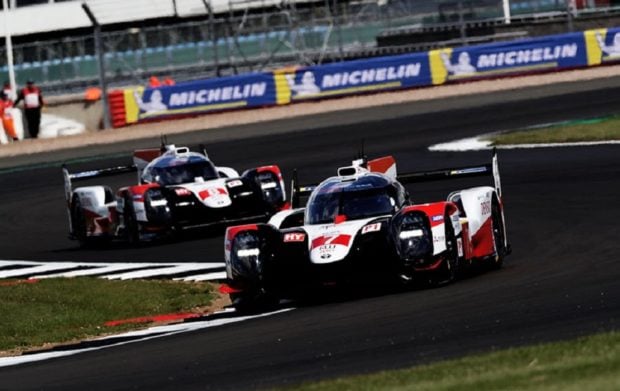 TOYOTA Gazoo Racing has started its 2019-2020 FIA World Endurance Championship season in the best style possible by scoring a one-two victory in an eventful 4 Hours of Silverstone.

Mike Conway, Kamui Kobayashi and Jose Maria Lopez won from pole position in the No. 7 TS050 Hybrid to register the sixth consecutive top finish for the reigning world champion Toyota Gazoo Racing. This comes despite the team’s cars now carrying 99 kilograms more weight than their nearest rivals under updated regulations.

The No. 8 TS050 Hybrid of Sebastien Buemi, Kazuki Nakajima and Brendon Hartley fought all the way to the flag and earned second place, less than two seconds behind its sister car, in front of a weekend crowd of 49,600 who saw an action-packed race in changing weather conditions. 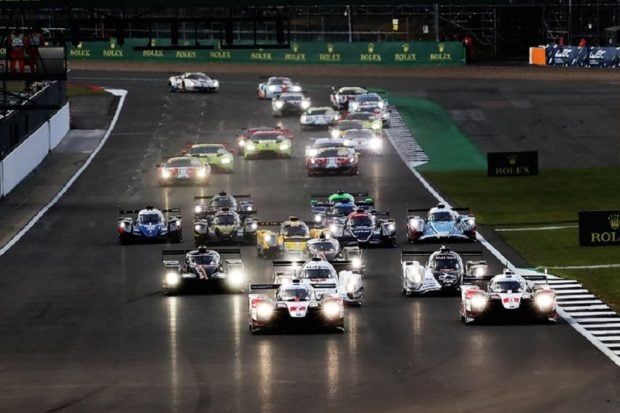 Conway started the race from pole in the No. 7 car, holding that advantage from Buemi during the early stages until a full-course yellow saw the Rebellions team briefly lead. Buemi, then ahead of the sister car after the pit stops, soon closed the gap and took the lead, with Conway bringing the No. 7 up to second a few laps later.

As the race approached the 90-minute mark, an intense rain shower hit Silverstone. Both cars initially attempted to avoid a costly unplanned pit stop but track conditions deteriorated, and so both eventually changed to wet weather tires.

When racing resumed after a 23-minute safety car period, the two TS050 Hybrids led the way, and soon their margin over the No. 3 Rebellion was increased to almost a minute when it was served a stop-and-go penalty for a technical infringement.

This left the two TS050 Hybrids, with Kobayashi at the wheel of the No. 7 and Hartley driving the No. 8, to fight it out for victory. The pair swapped places several times before handing over to Lopez and Nakajima, respectively, for the final hour.

Lopez held the advantage as the two cars challenged each other through the Silverstone traffic, and took the checkered flag, winning the race for the No. 7 car just 1.901 seconds ahead of Nakajima.

This means Toyota Gazoo Racing takes an early championship lead going into the second round of the season, which will be its home race at Fuji Speedway set on October 6.

“This was a perfect way to start the new season; a one-two victory and an eventful race for the fans to enjoy. Thanks to everyone in the team for a great job today, particularly the pit crews who made up a lot of time on our rivals with their very fast tire changes, and the drivers who stayed cool in the changing conditions. We have seen that the competition is much tougher this season and our rivals will be even closer in Fuji when we experience the success handicap system for the first time. So I hope the fans will continue to enjoy an exciting battle among the LMP1 teams throughout the season,” said Toyota Gazoo Racing team president Hisatake Murata.