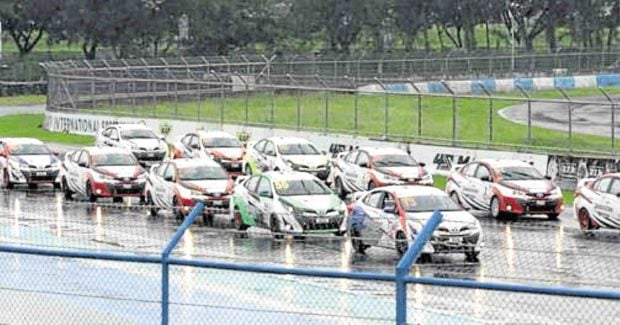 Constantly changing weather conditions opened the way for an action-packed race weekend for the Vios Circuit Championship with new leaders emerging in the different classes.

Vaulting ahead were Eggy Ong for Sporting Class, teammates Elysse Menorca and Francis Adriano for the Promotional class, and Daniel Matsunaga for the Celebrity Class. The 2nd leg of the Vios Racing Festival was held at the Clark International Speedway along with the Vios Autocross Challenge which is participated in by media, car club members and influencers.

Aside from the assorted activities and entertainment that had been setup around the track complex, the sleek Toyota GR Supra made another much-awaited public appearance to excite the crowds ahead of Race 4. 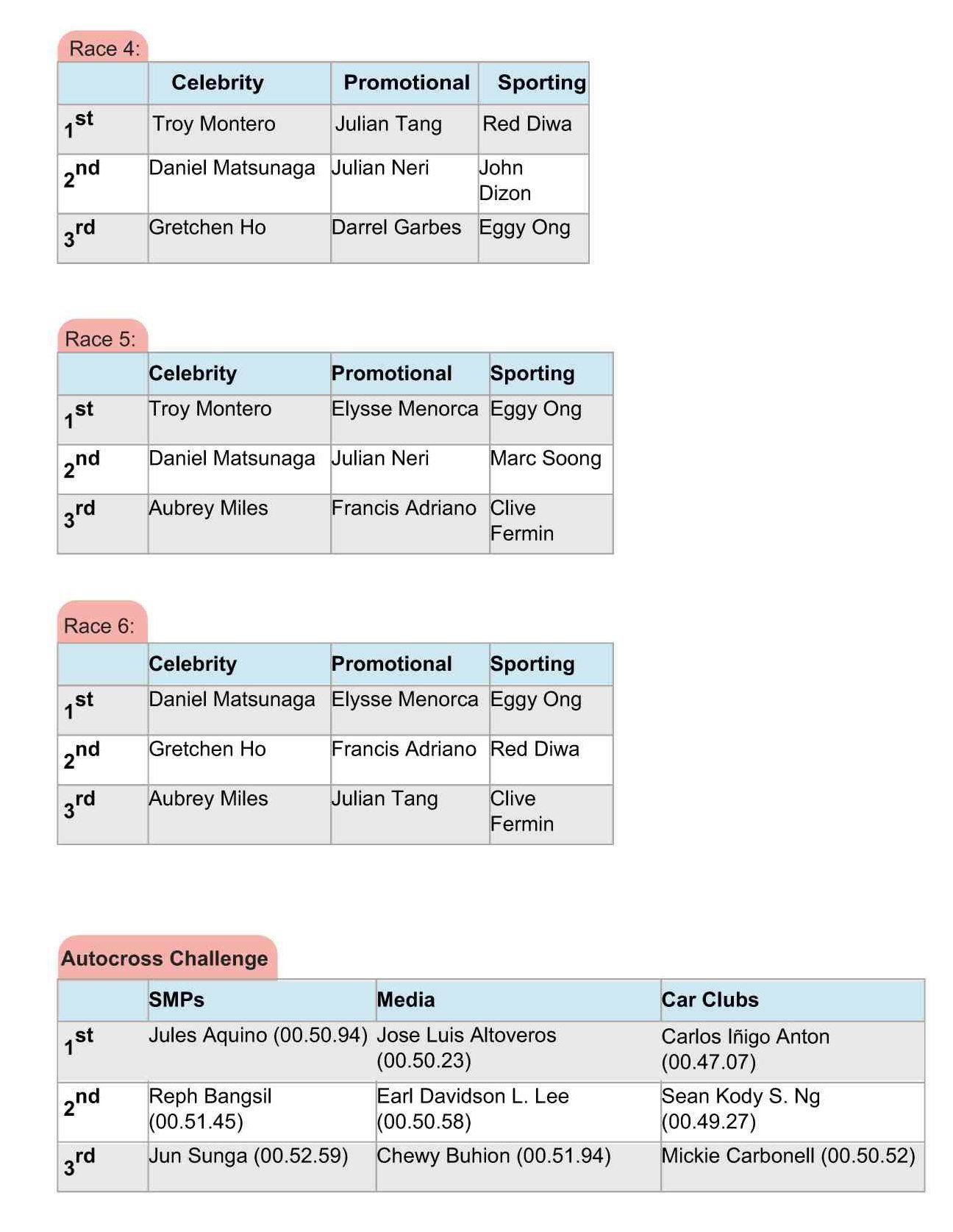 At the races, Growl Thule Racing’s Red Diwa finally grabbed first-place in Saturday’s first race after a string of runner-up podium finishes in the Sporting Class’s first three heats. He was followed by John Dizon of Toyota Marilao – Obengers in second, and Eggy Ong of JBT Racing/Toyota San Fernando in third.

In one of the most heart-stopping moments of the day, a last-minute collision between John Dizon and Troy Montero saw them literally flying over the finish line in Race 5. The result still counted for Troy, who claimed another first place finish in the Celebrity Division in the most unorthodox manner, but it took both competitors out of the running for the final race of the day, giving Daniel Matsunaga a chance to grab the points lead.

The skies opened up and soaked the track for the final Race 6. The tricky conditions saw numerous drivers struggle to stay on track. Marc Soong and the reigning points leader Lord Seno both spun out in a ra ce which had almost half of its duration occur under safety car conditions. Eggy Ong maintained his composure to clinch first place ahead of Red Diwa, while Clive Fermin took home third-place once again. 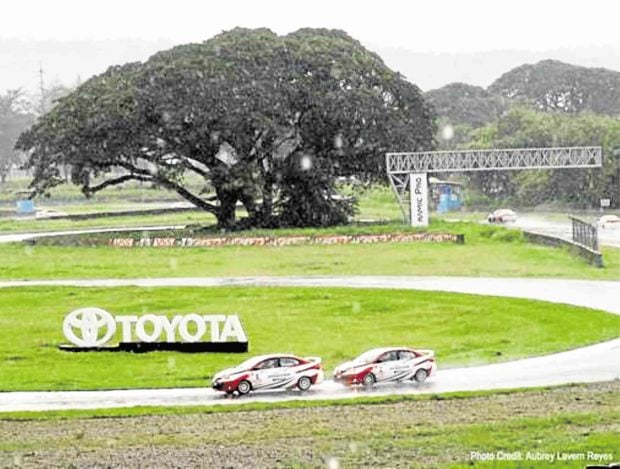 Gretchen Ho and Aubrey Miles swapped positions on the podium for Races 4 and 5 and finished 2nd and 3rd, respectively for Race 6 in the Celebrity Class. Gerald Anderson and Chie Filomeno were casualties of the pouring rain and spun out during Race 6. Anderson was able to join back the grid while Filomeno had to retire after damaging the front of her car.

The Autocross Challenge also took place on a rain-slicked track as it rounded off the day’s competition, making things tricky as drivers did their best to coax their cars around the course.

The points table still looks tight as no driver was able to create a wide gap due to an an eventful and wet race weekend. Things will have to be settled when The Vios Racing Festival returns to Clark International Speedway on November 8-9.