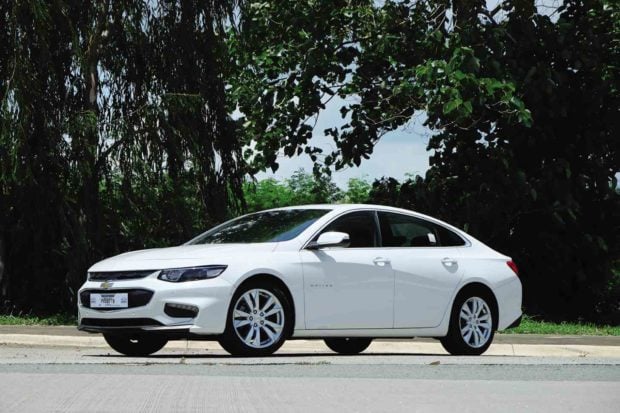 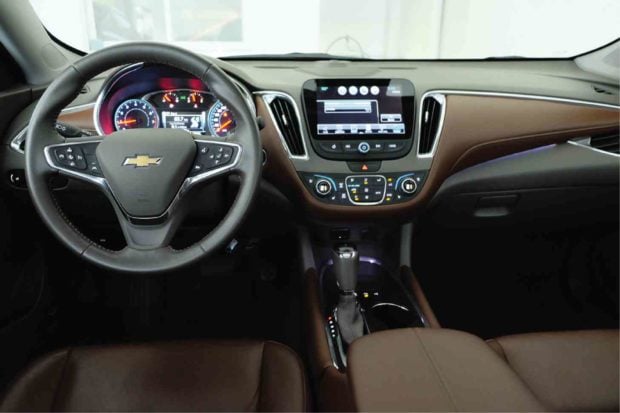 Is the mid-size executive sedan still a relevant market nowadays, what with the continued onslaught of cross-overs, SUV’s, and other tall-riding vehicles slowly changing the motoring landscape in the country? This issue is indeed relevant, thanks to our perennially bad roads, the threat of flash floods, and up until a few years ago, a renewed wander-lust for Filipinos to visit places all over the country, making use of our nautical highway?

But slip inside a properly sorted executive sedan, and you will also question whether you do really need a big, bulky, slow-moving, sometimes cumbersome SUV or tall-riding vehicle especially if you’re confined within the Metro.

Chevrolet’s Malibu is an excellent proposition, offering great value for money. It’s not as posh as the established Japanese Camry and Accord nameplates, nor does it offer cutting edge style and sophistication as the Mazda 6, or even the vaunted AWD grip of Subaru’s Legacy. The Malibu instead offers an American interpretation of a properly sorted, value-packed mid-size executive sedan.

I’ve driven the previous generation Malibu, and while the looks was indeed questionable, the ride comfort was cushy, and power had always been a strong point. It just lacked the proper footwork to make use of the gutsy powerplant on winding roads.

Today, the Malibu has taken some finishing lessons in school, and comes to the party better prepared.

Power comes from an ECOTEC Gen III 2.0 liter direct-injected and twin-scroll turbocharged 16-valve engine codenamed L850 LTG, delivering an impressive 250hp and 353 Newton-Meters of torque driving the front wheels via a 6-speed automatic transmission with manual override control. And it’s loaded with safety gear, as you would expect from an American branded car: six airbags come as standard, with ABS-EBD brakes plus brake assist. It also has lane departure warning, blind spot monitoring and warning, and rather annoyingly, an overly-zealous forward collision warning which always caught me out on my first day driving it, causing sudden panic braking and panic with me, my wife and our poor Lulu (our four-legged fur-baby by the way).

The engine is smooth, gutsy especially in the mid-range and delivers very good fuel efficiency, racking up a decent 12.75-13.4 km’s per liter on our weekly drive down south, and mustered a surprisingly decent 7.8-8 km / liter in city driving with moderate to heavy traffic. Indeed, direct injected and turbocharged engines truly deliver far better efficiency, and also good torque when you need it, improving power-to-weight ratio during normal driving conditions, versus a big capacity six cylinder that’s normally aspirated. 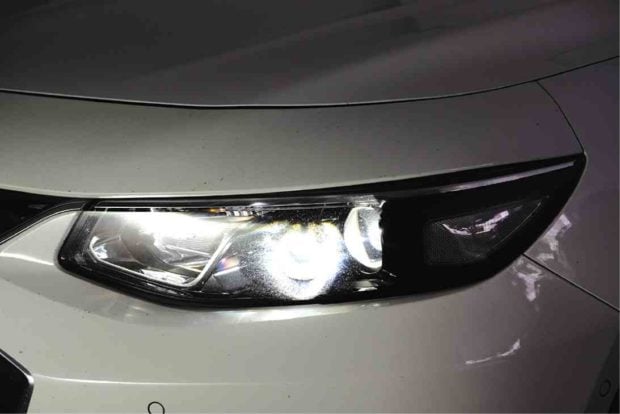 As with most American cars, everything feels light: steering is light, brakes are light, throttle is light, but thankfully, compared to previous generations, there is very real and decent feel through the steering wheel. While a little more heft would be welcome, a little more progression, a little more feedback, the Malibu’s feeling of lightness gives it an effortless feel, which makes it easy and painless on long drives and through intense traffic jams.

The interior is quite stylish as well. I love the saddle brown leather seats, the Chevy MyLink infotainment system which now features Apple Carplay and Android Auto, making mobile phone integration and telephony a real breeze, via Bluetooth, USB cable connection an for old-school iPod’s, there’s still a 3.5mm mini-jack for auxiliary input. All this is enhanced with a BOSE surround sound system so playing my favourite K-Pop girlband Blackpink while Wazing through traffic was truly epic, with the volume cranked up to 11. Seating position is also very good, previously a weak point of many American cars, and there’s decent support for your legs, back and thighs. 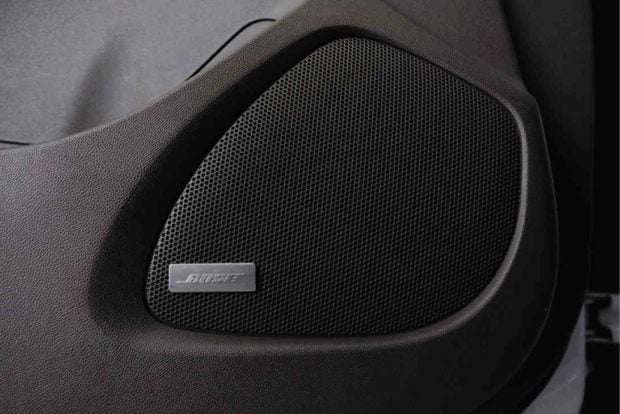 On the city and highway driving, the Malibu is in its element, delivering fast, efficient, rapid progress in comfort. There’s very good NVH isolation, and the ride is definitely on the comfortable side of things, delivering a cushy ride that is short of being wallowy, giving you confidence at speed.

On winding roads however, the suspension falls a bit short. The engine and transmission are willing and eager to deliver the goods, chassis rigidity is excellent, and feedback from the steering wheel relays how much grip you have before terminal understeer sets in. Unfortunately, the footwork is lacking, or at least delivers its performance below what the other aspects of the Malibu provide. Shame, as the winding roads of Tagaytay on a cold, empty night beckoned me to play a bit going home. Lighting is excellent, with the HID-equipped ellipsoidal beams clearing a path to allow me to see clearly despite the somewhat foggy and rainy night conditions, and during the daytime, the distinctive LED DRL’s announced the Malibu’s presence to pedestrians, other motorists and motorcyclists well, steering clear of the stylish sedan.

Again, the argument for executive sedans and their relevance given today’s road and ever-changing weather conditions is getting weaker, less popular. But your tall-riding SUV will never move as quickly and efficiently, and as responsively as a well-sorted sedan such as the Malibu. If driving feel and enjoyment matter, put this in your short list!