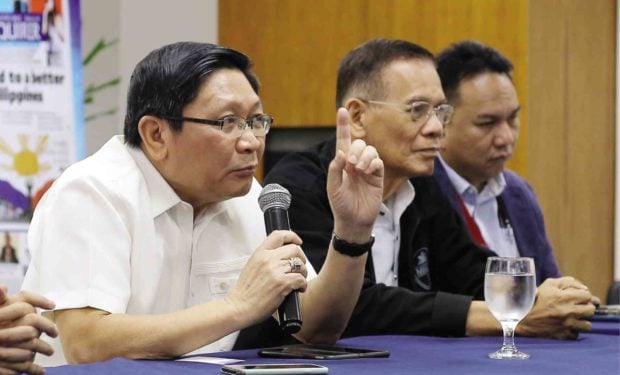 It’s an action movie director’s worst nightmare. If Tom Cruise were to ever film a car chase on Edsa, he would have to raise his hands in frustration and change the scenario to a foot race.

That’s how bad traffic has become on the country’s busiest, most congested highway, Epifanio de los Santos Avenue, more popularly referred to as Edsa. There’s a reason for such a congestion. This highway runs right smack through the center of Metro Manila (the socioeconomic and political center of the National Capital Region), one of the most densely populated urbanized areas of the world. It is composed of 16 cities and 1 municipality (Manila, Quezon City, Caloocan, Las Pinas, Makati, Malabon, Mandaluyong, Marikina, Muntinlupa, Navotas, Paranaque, Pasay, Pasig, San Juan, Taguig and Valenzuela and the municipality of Pateros), with an estimated population of 12.8 million (as of 2015).

According to the World Population Review (worldpopulationreview.com), Metro Manila’s population swells to about 15 million during the weekdays, resulting in population densities higher than that of Mumbai (23,000 people/sq km).

With those many millions of people needing to be transported from one point to another in the cities, Edsa has had to carry much of that burden, as an estimated 400,000 vehicles pass through the 23-km highway every day. Cars still make up the majority of Edsa users, while buses, taxis, and other public utility vehicles make up just about 10 to 15 percent.

City folk, brace for more bad news: Traffic authorities have warned that the onset of the “Ber” months will bring in worse traffic jams on Edsa.

During a roundtable discussion among Inquirer reporters and officials of the Metro Manila Development Authority (MMDA) last September 4, the agency with the most unenviable task of making “the country’s biggest parking lot” get moving, wasn’t ashamed to say that it was getting overwhelmed with the sheer number of vehicles that have to be managed.

The MMDA—with its seven mandates of development planning, transport and traffic management, solid waste disposal and management, flood control and sewerage management, urban renewal zoning and land use planning and shelter services, health and sanitation, urban protection and pollution control and public safety—is without a doubt one of the
most hardworking, yet reviled government agencies. Imagine a Superman, with the reputation of a Lex Luthor.

MMDA Chair Danilo Lim, who was on hand with General Manager Jojo Garcia during the discussion, lamented that the MMDA has been one of the most difficult government agencies to run. In his own words: “isa sa pinakamahirap patakbuhin na ahensiya.”

Lim added: “Nandyan na lahat ang mag problema na hinaharap natin araw-araw gaya ng traffic, flooding, basura. Pagtratrabaho sa MMDA, lagi rin may matutuwa, may magagalit, so never na makukuha mo lahat ang sentimento ng ating mga kababayan” (It is here that you will encounter all problems such as traffic, flooding, garbage. When you work at the MMDA, there will always be people who will be happy, and angry, so you’ll never get the sentiments of your entire countrymen.”

Truth be told, the MMDA has been tasked to handle the seven most touchy issues hounding any developing city: Topics that could easily fill a public library. So, for the limited print space that we have, we can only just scratch the surface of two of those mandates: Development planning, transport and traffic management. For these two mandates alone, here are just some of the most pressing (and seemingly impossible) issues hounding the MMDA:

Lim said that up to 70 percent of the country’s new vehicles end up running in Metro Manila. This roughly translates to 1,000 new vehicles added every day in the metropolis alone.

“We don’t get the big picture. Pag pinag-usapan MMDA, traffic agad ang nakakabit sa amin ”(When people talk about the MMDA, we’re always associated with traffic). It’s really very hard to find a good solution to the traffic problem, when cars are multiplying and the roads are not. With half a million vehicles sold each year, we’re adding around almost 1,000 vehicles daily in our roads in Metro Manila. Lahat naman ng lugar nagkaka-traffic. Basta dumami na ang tao, talagang magkaka-traffic” (Traffic will certainly result as population increases).”

Lim added: “We’re not the highest (in the world) in terms of population, but our density is the culprit. The less than 15 million population in Metro Manila balloons during the day because of employees who work here.”

He said that the congestion in Metro Manila could be likened to a house full of occupants. 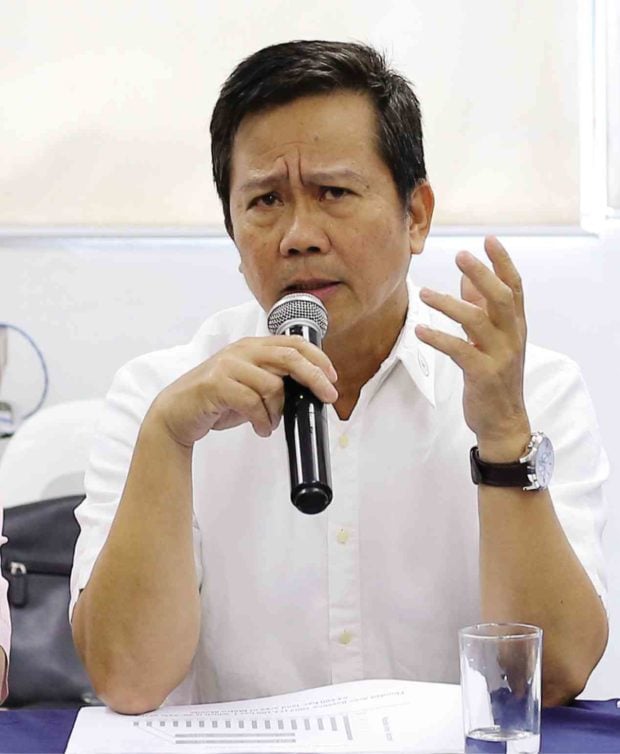 “First, you consider the dynamics between people, space and function. If there’s a great disproportion between people and space, function is sacrificed. And necessarily, convenience is sacrificed. We are congested with vehicles. We are a one-story bungalow. It takes an inordinate amount of time to move from one part of the house to the other part. So what needs to be done? Number One: We need additional spaces. How do you do it? Palayasin ang ibang tao (Ask some occupants to leave), which is easier said than done.

“Second, convert the single story house into a multi-story condominium. If that becomes a condominium, there will be more space. That’s what I meant by infrastructure, the additional skyways, bridges, subways, improvement of public transportation system. That’s what we want to see in the future. Even in progressive countries they have never stopped putting up additional infrastructure because through the years, their population is increasing. It is only now that the Philippines is starting.”

Lim added that the country should start thinking of incorporating Mega Manila (the developing neighboring areas of Metro Manila) as part of the solution.

“We would need infrastructure so we can connect them. I think the plan is for the Philippine National Railways (PNR) to ply from Tutuban and extend to Malolos, and then from Malolos to Clark,” said Lim.

“Our density is well above 20,000 (persons) per square kilometer. If you look at the other big metropolises in the world like Tokyo and Yokohama areas in Japan, for example, with a population of almost 40 million, their density is 4,400 only, which means they have bigger areas in the first place. That’s our problem. Metro Manila is small with a big population, so density is high. Infrastructure is important.”

Lim pinpoints the root of the congestion to poor urban planning. “Here, urban planning follows rather than leads. We only talk urban planning when the problem arises, pag siksikan na, traffic na (when there’s congestion and heavy traffic already). But if you look at other countries, look at their skyways, which have several levels. Their subways have several levels underground. In some areas, there are shopping malls in their underground levels. In some areas, more people travel underground rather than above ground. We don’t have these. Our problems with traffic jam did not happen overnight. This is a result of maybe almost four decades of us doing nothing, especially in terms of infrastructure to address the demands of rapid urbanization.”

He said that this has been the reason the administration started the “build, build, build” program to include the country’s first subway, and the ongoing infrastructure projects from Mindanao all the way to Taguig up to the international airport, Commonwealth and Quirino Avenues, the Light Railway Transits, and the connectors of the South Luzon and North Luzon Expressways. The completion of all these projects will alleviate the traffic, he stressed.

“Ano nangyari? Naglabas kami ng scheme. Dry run pa lang, may resolution agad from the Senate stopping us. Everyone is expecting something from us, but we don’t do policy. Enforcement lang kami. Wala kaming police power.”

Garcia reiterated that the one of the most effective ways of reducing the volume of private cars is by carpooling. He said that the MMDA would be in a Senate hearing Sept. 10 regarding this “High-occupancy vehicle (HOV)” scheme. (As of press time, no updates have been provided).

Of the transport network vehicles (TNVs), Garcia said: “What was their primary purpose? Ride sharing. Along the way someone will text you to share a ride. When you get the rider to his/her destination, you reach your office, you park, and wait for the next rider on your way from work. That’s the purpose of ride sharing. But what happened to TNVs, they became fleet taxis. As soon as they take the first passenger to the destination, they keep on driving to find another passenger. That’s not the design. That’s not the logic behind it. The logic behind Uber and Grab is ride-sharing, so you can save. They became taxis. It’s not up to us to tell what policies are needed. They have their own experts to think (for them).”

Garcia quipped: “Right now, 8,000 buses use Edsa daily. That’s just about only two percent (of all vehicles on Edsa). But we have a yellow-lane policy. Two of the five lanes in Edsa—the yellow lanes dedicated to these buses—make up 40 percent (of the entire lanes) and are prioritized for commuters. Half of those 8,000 buses plying Metro Manila are provincial buses. If you remove those provincial buses, the yellow lanes are decongested right away. Yellow lanes—which will then only have 4,000 buses—will run 60 kph. Edsa is 23 kilometers. So the turnaround for buses is around 46km. Remove half of the buses with a rotunda of 46km and you achieve traffic decongestion.

“Our target here is for people to fall in line on the loading and unloading base (of the bus terminals) but what happens now is that it is the bus that waits for the people that’s why there’s traffic. 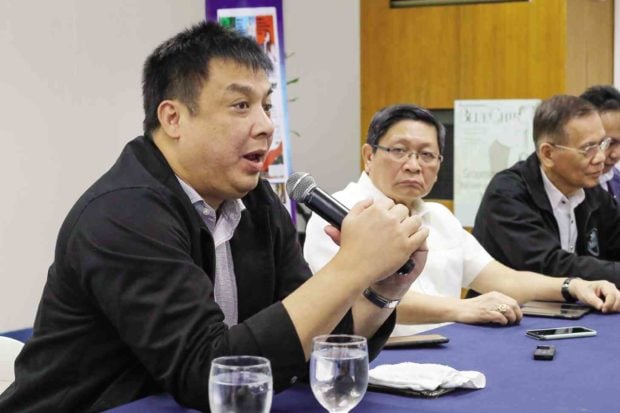 “But again, there are challenges. We got an injunction order from the court. We cannot push through with the (provincial bus ban). And then, in the last hearing with Senator Grace Poe, she said that she supports the dry run. Where can you find a dry run that has a court injunction right away?

“How can we say that it will work? The computer simulation is good, but the behaviour of the computer is different from that of a driver. So we have to try. How can we start if there’s an injunction?”

Addressing the controversial Malacanang pronouncement that by December this year, the stretch of Edsa from Cubao, Quezon City to Makati could be traversed in 5 minutes, Garcia said, “Yes, that’s doable. Our boundary (with Makati) is Guadalupe and Tuazon (Quezon City) in Cubao. In five minutes, at 60kph, it is possible because that’s only a little over 5 km. What our President meant by 5 minutes is that come December, there will be big improvements in the situation in Edsa. Expect some of the infrastructure projects to be finished,” Garcia said.

Garcia said: “Before MMDA Chairman Lim assumed office, the apprehensions were running at 4,000 to 5,000 a month with the no-contact apprehension. Right now, we are averaging 3,000 to 4,000 a day, but it’s still not effective. Why? The traffic violation letters to reach the apprehended drivers take two to three months. There’s a huge backlog. The agency is not used to handling 4,000 a day from just 4,000 a month. Even our mailing system will give up. The Chairman called the Philippine Post the other day, so we can have our own courier just like the Senate and Court. Until now, it is still under negotiations. All available assets, policies, we use them but there are limits. We can’t even raise our fines.”