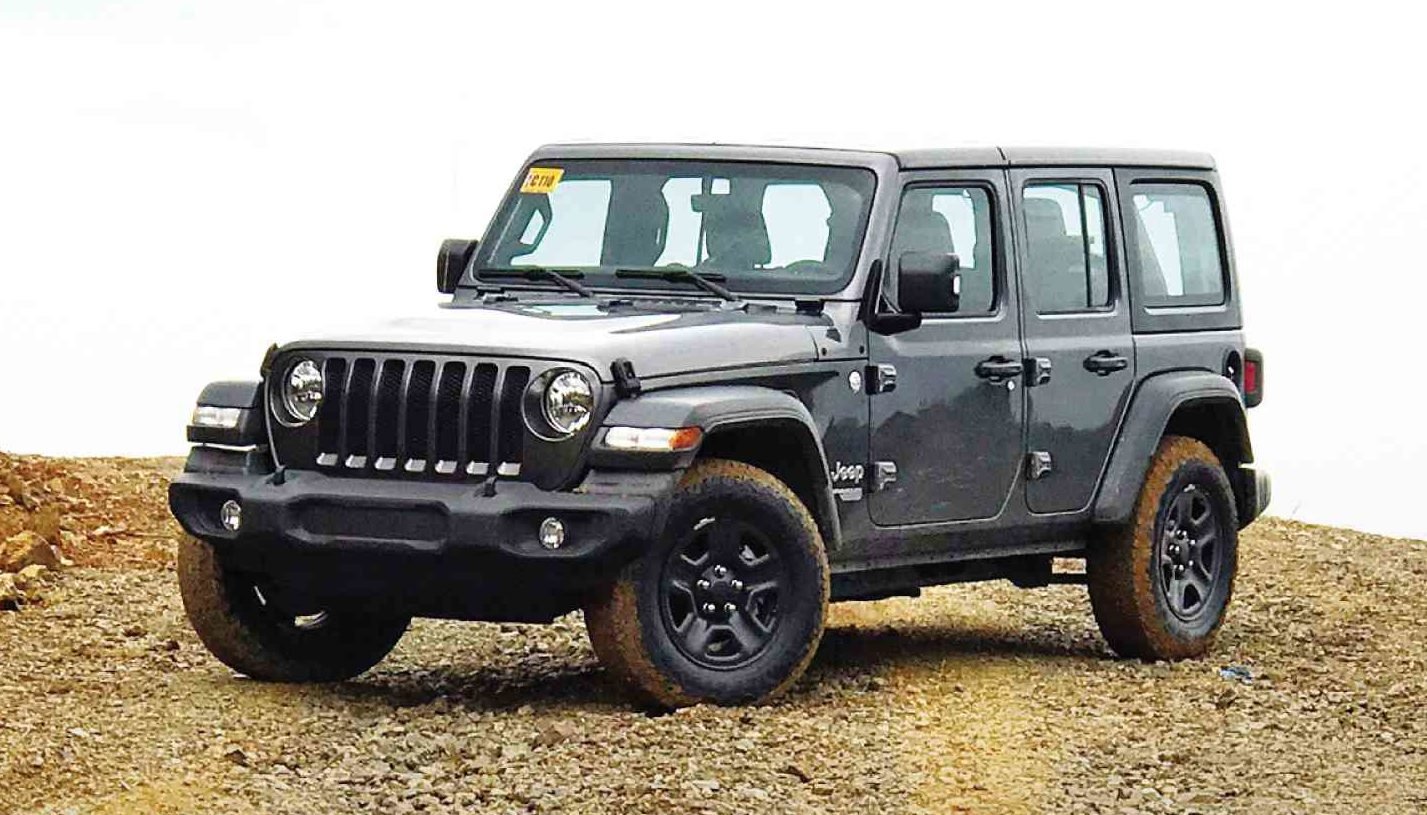 The Jeep Wrangler is as American as it truly is, tracing its lineage to the World War II era Willy’s Jeeps which are somewhat related to our own home-grown jeepneys and owner-type jeeps.

In essence you can say they are all related. For better or worse.

The last Jeep I drove, a 3rd generation JK body drove horribly on paved roads. The removable roof panels allowed smog to enter the cabin on EDSA, there was significant wind buffeting above 80km/h on the highway making long drives difficult, and it felt very heavy, very cumbersome, dim-witted and slow. In short, it was horrible when the road surface was smooth, fast and flowing.

But leave the path well-taken, and the Jeep truly comes alive. Its off-road prowess is unquestionable; you will most likely run out of talent well before the Jeep breaks a sweat. Amazing when the terrain gets scarier, water levels start rising, rocks get bigger and brawnier, and slopes get steeper and slippier.

The real problem with the Jeep, even for the most ardent of fans and hard core off-roaders, is actually surviving the drive getting to the trail. But all things change for the better. The latest Jeep, the fourth generation JL chassis retains the best of the Jeep’s off-road abilities, but improves its on-road manners it totally feels like a different sort of vehicle!

New for 2019 is the Jeep’s 2.0 turbocharged 4-cylinder engine, known as the Hurricane engine, delivering 268hp and 400 Newton-Meters of torque while driving the four wheels via an 8-speed automatic transmission, replacing the old 6-speeder. The name is actually an old designation from the older 4-cylinder normally aspirated ones from the 80’s, revived for use in the new Jeep JL. There’s still the option of the older 3.6 liter Pentastar V6 that now provides a slightly higher 286hp, but a lower 353 Newton-Meters of torque. And as the American saying goes, horsepower sells engines, but torque wins races. 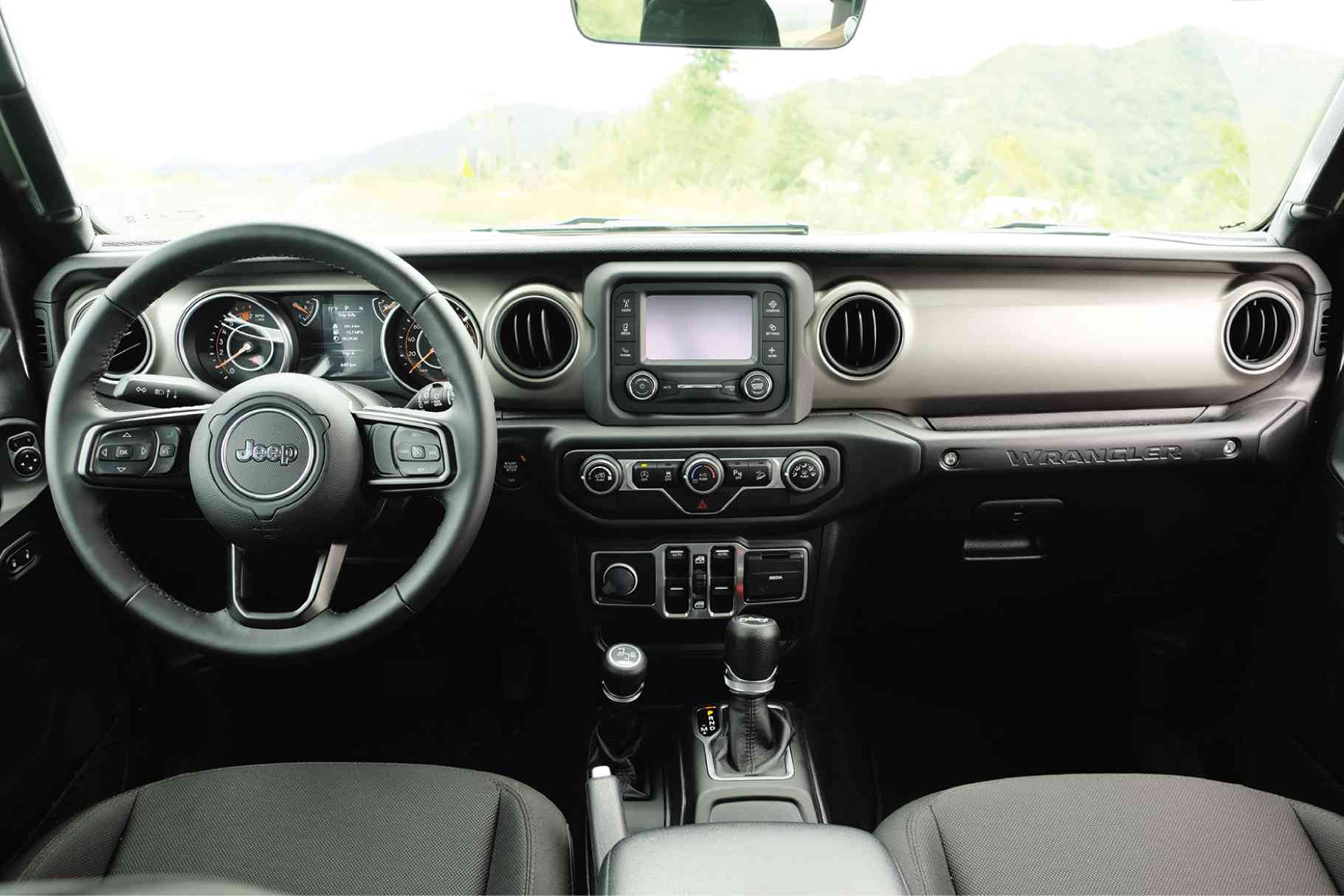 Jeep has improved on all fronts

The new 2.0 turbo 4-pot mill also dispels the age-old belief that there is no replacement for displacement. The modern 4-cylinder is smaller, lighter, has a more centered weight along the wheelbase, aiding responsiveness and agility both on and off-road, and improves braking and steering feel as well. Gone is the nose-heavy feeling of the old Jeep, replaced by a very stable, progressive front-end that has a surprisingly aggressive turn-in feel, very responsive and easily controlled. The previous JK Jeep felt like it was ready to plow through the hedge anytime it saw a corner moderately fast. It is interesting to note that this engine is related to the same engine powering the Alfa Romeo Giullia sports sedan and Stelvio cross-over, albeit heavily modified for its intended off-road use. Thanks to Jeep now being part of the larger FCA Automotive Empire (Fiat-Chrysler Auto), Jeep has improved on all fronts massively, having access to better designed, better engineered components throughout the vast FCA parts bin. Spec’d properly, the same 2.0 liter turbo engine can still tow 3,500 lbs or 1,590kg, exactly the same as the Pentastar V6. The 2.0 engine also delivers improved fuel efficiency. US EPA tests how that the smaller turbo engine delivers as much as a 20% improvement on highway driving versus the V6, although you need to use high-grade octane / premium fuel to achieve those results. I’m putting a lot of focus on the engine as many Jeep fans are very sceptical about the 2.0 engine’s capabilities. Rest assured, it actually trounces the V6. 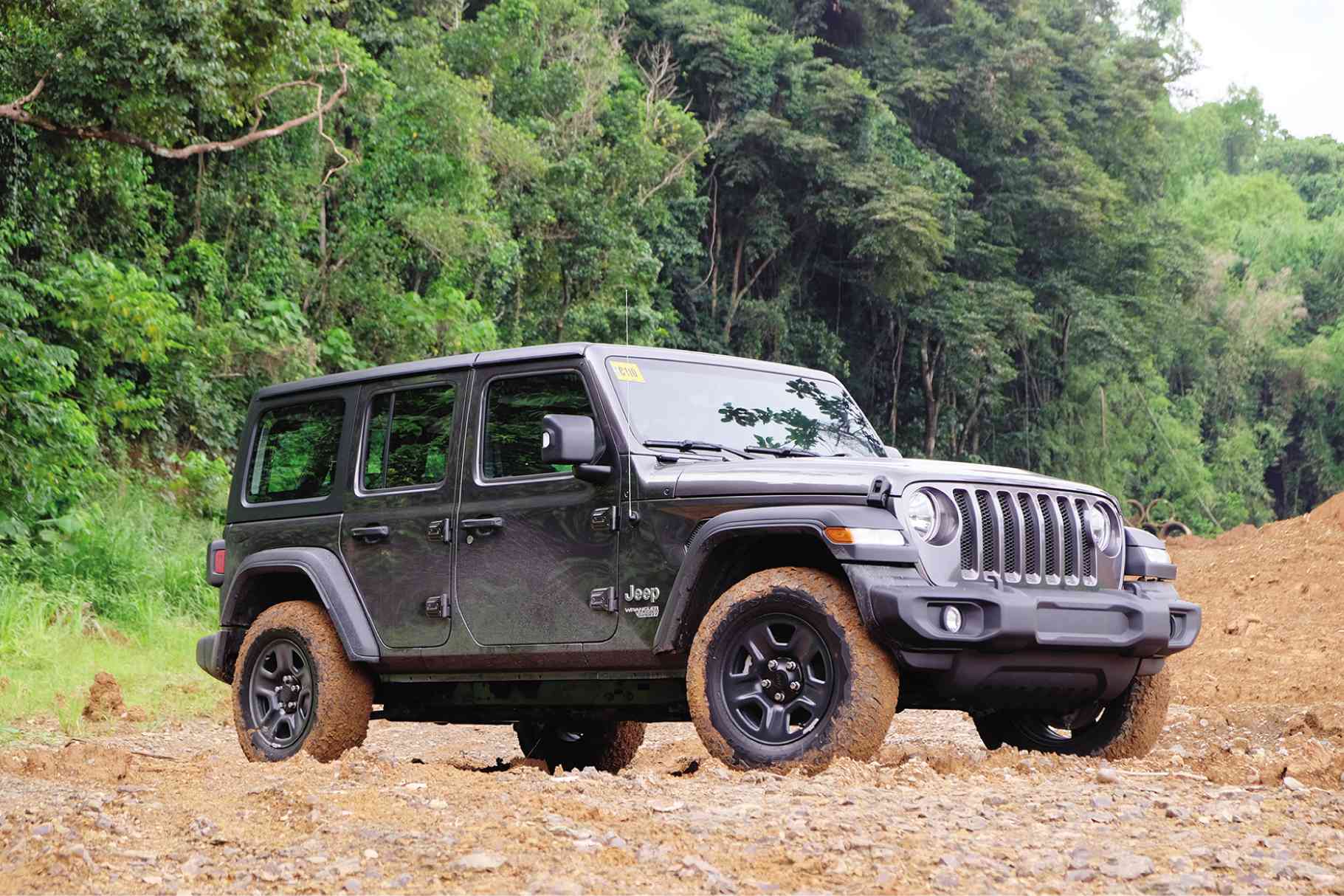 Another interesting fact is that the Jeep makes extensive use of aluminium. The doors, windshield frame, front fenders and hood are all made of high-strength aluminium alloy, while the rear tailgate is made from magnesium, which helps bring weight down by more than 90kg from its predecessor, despite being bigger inside and out, and safer too! Overall, the new Jeep has grown by 102mm in overall length, with wheel track wider by 25mm

The Jeep JL has an impressive 275mm of ground clearance, coupled with an equally impressive 762mm of flood fording depth ability, making it highly capable out of the box. The tires are Bridgestone Dueler A/T’s sized 245/65R17, which is rather small. Combined with a modest suspension lift, chunkier mud terrain tires in the 295/70R17 or bigger range, an ECU reflash for more power, and the Jeep will become an absolute monster on and off the road. But out of the box, the 4-door longer Jeep JL has a very good 44-degree approach angle, a 33.7 departure angle, and a 22.6 break-over angle, figures relevant to off-road folk, and comparable to the outgoing four-door JK model.

Inside, the Jeep is snug, but actually comfortable. The transmission tunnel is big, and if you have big feet with big shoes, it takes a bit of adjusting but no biggie. Seating position is excellent overall, with a more natural car-like alignment of your shoulders to the steering wheel and column, and thanks to the overall bigger glasshouse, the Jeep JL has less blindspots, making visibility excellent in and out of the car. You also get six airbags, traction / stability control and blind spot monitoring as standard on this base Jeep Wrangler Sport. Unfortunately, it doesn’t come with differential locks, which would have made it tons more capable off-road. Only the electronic driving aids are there to make wheeling easier for newbies.

But for the average driver who is a fan of the Jeep, rest assured, it’s got all the off-road capability you will most likely need, unless you go looking for trouble. It’s fast, fun and responsive on and off-road, and aftermarket support will be immense for this platform.  This is one truck that actually made me seriously think about selling my own personal Toyota rig.