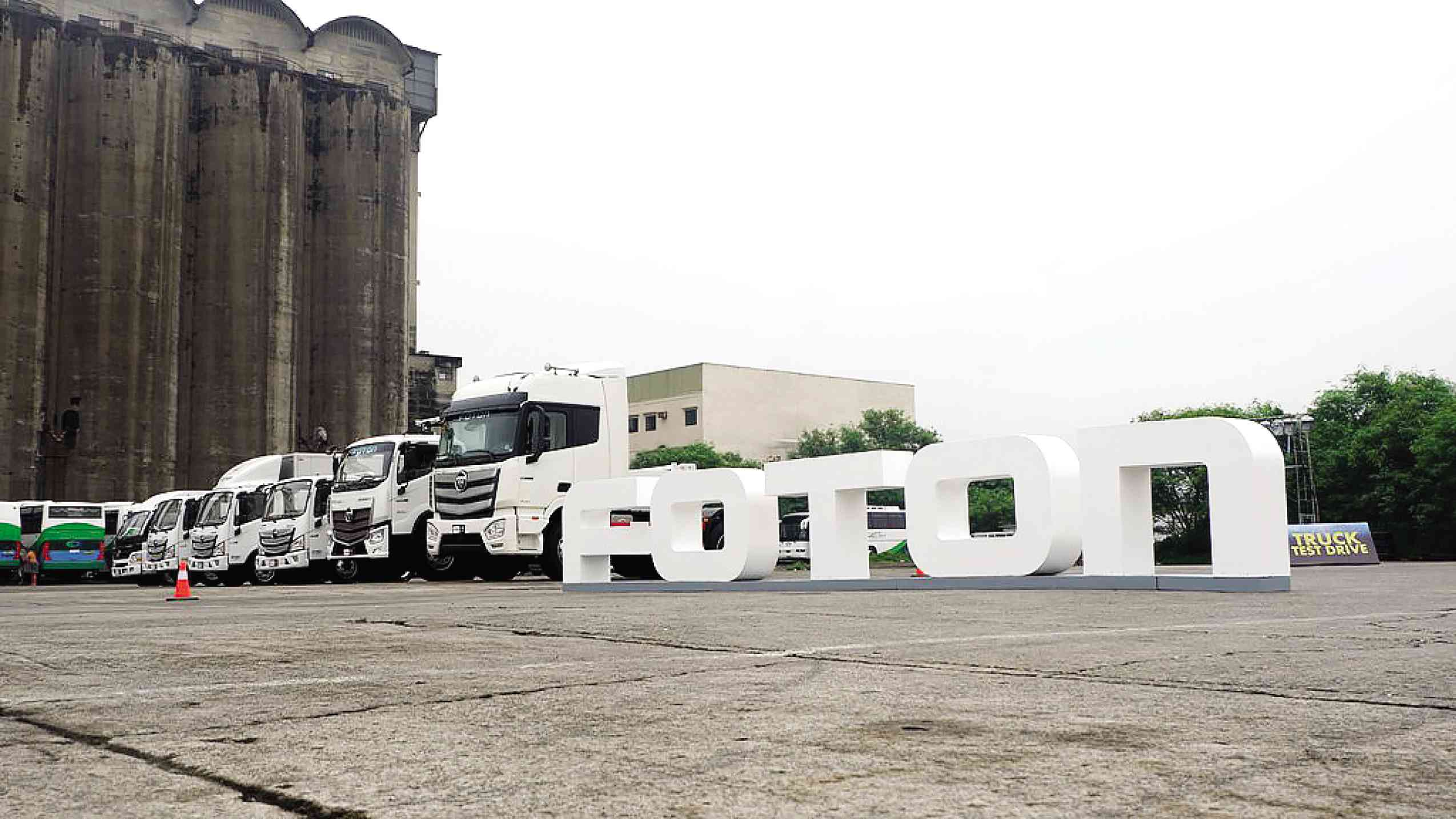 Starting off with just a single pick-up model and one light-duty truck model, Foton now has six product segments.

At the Foton “Big AtTRUCKtion” opening ceremony on a rainy Sept. 12 morning, the government’s representative and guest speaker had a mouthful to say about the metropolis’ worsening traffic. The excruciating crawl he experienced along Eulogio Rodriguez Avenue, more popularly known as C5, which served as the only way to and from the Megatent events venue in Libis, Quezon City, must have added fuel to his fiery speech.

Department of Transportation Undersecretary Mark de Leon stressed: “We will want to have a modern public utility vehicle program. That’s the traffic solution.”

Levy Santos, Foton Philippines’ vice president for marketing and sales, said in his speech that, apart from Foton’s cargo movers, Foton also has new entries for the government’s PUV Modernization Program, such as the F-Jeepney represented by F24 and F29.

“Foton Philippines understands the importance of being able to move a large number of people reliably, safely, as well as with care for the environment. We see the role of the F-Jeepney as a workhorse and multi-functional partner for the growing number of PUV operators in the country. This event will serve as a gateway to grander heights, by making our product segments more accessible by bringing them closer to business and families,” Santos said.

He also revealed that Foton would be offering flexible payment schemes, discounts and launch programs for buyers’ hassle-free vehicle ownership. The event would also showcase innovative technology and parts availability. 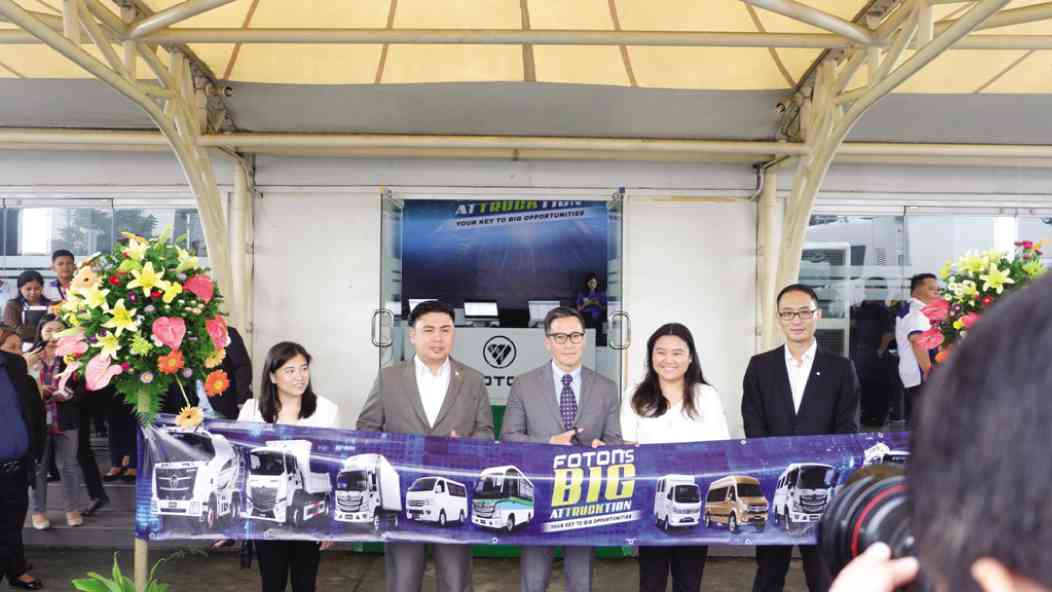 He added, “Considered as our biggest sale for 2019, the  ‘Big AtTRUCKtion’ is a ‘one-stop shop’ of never-before-offered deals such as zero downpayment, low monthly amortization, cash discounts of up to P300,000, trade-ins, and even test-drive experiences with our light, medium, and heavy duty trucks.”

Foton Philippines vice chairman Kenneth L. Sytin recounted: “Thirteen years ago, my family introduced Foton to the Philippine market. We sold less than a hundred vehicles that year. Instead of letting ourselves down, we used it to ignite hope. Through the teamwork and leadership of my brothers, quitting was removed from the vocabulary, and we forged ahead. Now, we are already among the top 10 brands in the Philippine automotive industry.”

But back to that nagging, slow-moving elephant in the room. De Leon, in his speech, said: “Let’s improve jeepneys, buses, and trucks, and there’ll be smooth flow of traffic. Right now, who will go to an event, ride a jeepney on business attire? No one. The jeepneys now are unreliable, inconvenient, unsafe and not environmentally compliant. So all people, the new graduates, those who recently received their salaries, are saving up for a car. And it adds to the traffic congestion that we have here in the city.”

De Leon said Foton was moving in the right direction as far as fixing the perennial traffic problem is concerned. “Your trucks, your modern jeepneys, can be good models that our drivers and operators can use. We are fixing our PUVMP.”

De Leon added that “aside from the ‘Build, Build, Build’ programs and the infrastructure, the country will also need policy and institutional reforms,” which are not reflected in the master plan.

“We will need help from everyone,” he stressed.

“Foton’s event is a good step, an example of the private sector believing in the government. We told Foton we needed its support for the PUVMP. Foton readily accepted the challenge. We are hoping that you continue collaborating with the government.” 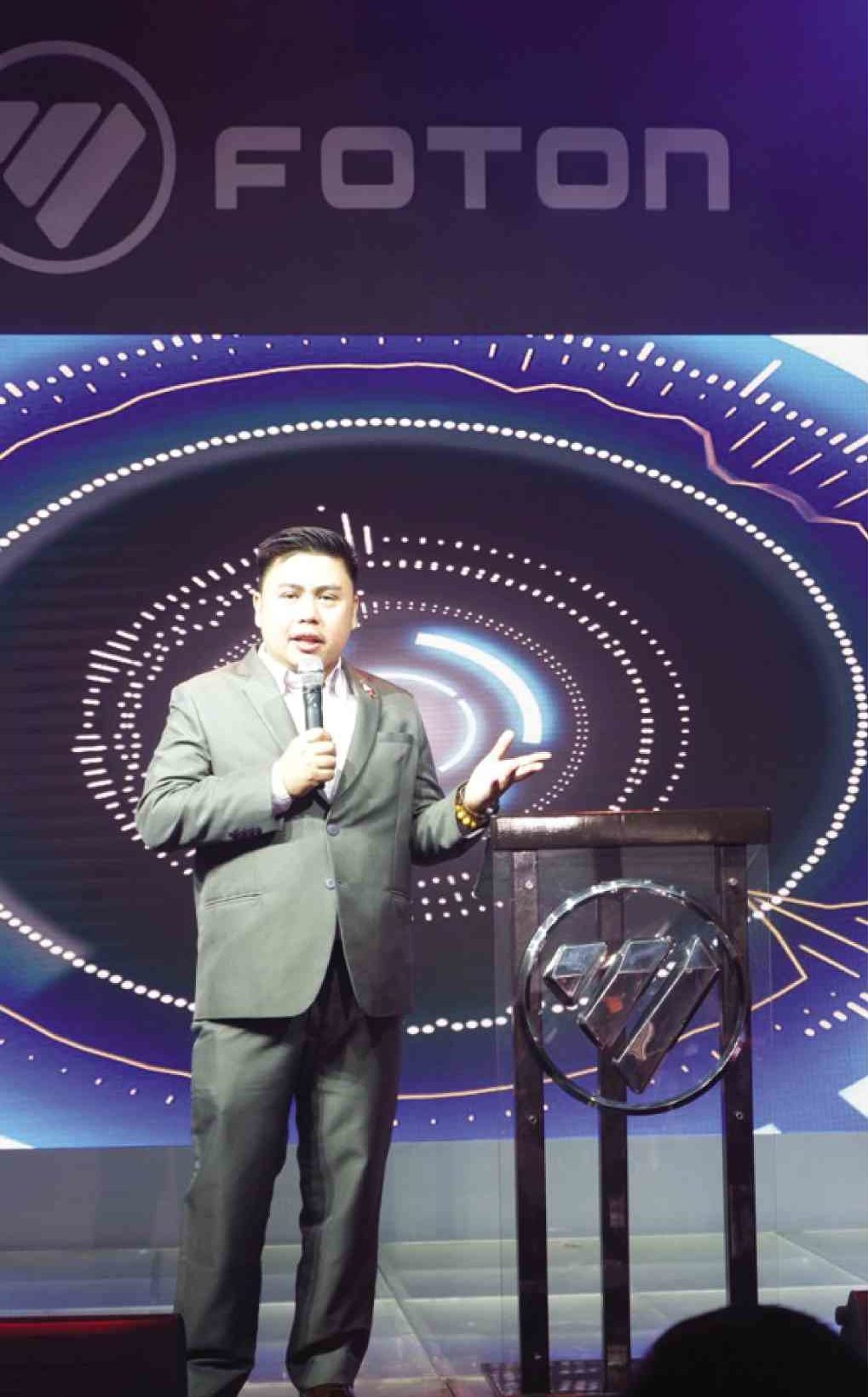 Sytin explained that with the event, Foton showcased the key segment the vehicle has been known for: Trucks.

“But we did not want it to be merely a vehicle exhibit where guests would just pass by and see how big our trucks can get. Instead, we longed to show where function could both be seen and experienced, where doors to bigger opportunities could be found, and held within reach.”

Santos revealed key figures: “The consolidated sales report of Chamber of Automotive Manufacturers of the Philippines Inc (CAMPI) and the Truck Manufacturers Association (TMA) for this year’s 2nd semester, shows that commercial vehicles continued to take a larger share of the market at 68.55 percent. Foton has been contributing well to this chunk.

The event also saw the introduction of the M Series, including the Tornado M and EST-M trucks.

“With the refreshed M series, we assure owners of a multifunctional workhorse that is also friendly to those driving it. Built for the masses, it is a well-known fact that Foton’s trucks are robust and pretty much equivalent to being bulletproof and most importantly, affordable. With strong double-layer chassis and frames, responsive transmission with synchronizer, Cummins diesel engine, a wider stance and larger brakes, these trucks have the muscle and axle capacity to go on highway hills and shoulder heavy loads without working up a sweat,” Santos said.