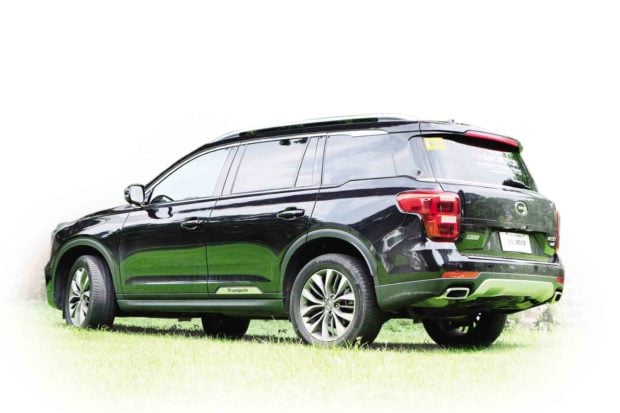 To be honest, I’ve never cared much for China branded cars. They look odd, drive equally odd, but worst of all, reliability has always been suspect, to put it politely. Stories of test units failing to leave the distributor’s basement parking, of door handles being detached when you close the door, and staying with your hand, of fog lamps and side-mirrors falling off when you slam the door, of overheating mere meters away from the dealer forecourt. Yes, the China brands have much to learn.

Imagine my surprise, when I unwittingly found myself agreeing to drive home a behemoth of a China-branded vehicle, a 7-seat SUV, from a car company I have never heard of previously. Enter GAC, the newest China competitor in the market.

A little refresher for you and me: GAC stands for Guangzhou Automobile Company, based in the Canton Province of China, about two hours away by train. I’ve been to Guangzhou numerous times for my day job, seeking construction and finishing materials. I’ve always enjoyed the region, with its amazing food, surprisingly quirky shopping (loads of ‘questionable’ car stuff, and fashion replicas of all the big-name European design houses) and crucially, cheap, surprisingly good quality construction and finishing materials. And did I mention the food? The region is also booming with cars. Loads and loads of brand-new cars litter the highways and byways of Guangzhou, and its neighboring city of Foshan, plus of course Shenzen, right beside Hong Kong. 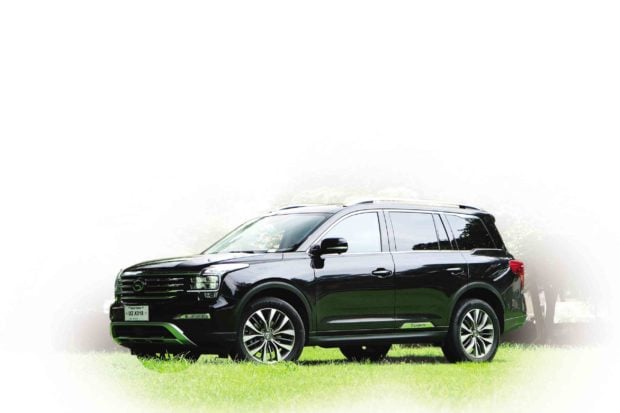 The GS8 is GAC’s flagship SUV Photos by Botchi Santos

A huge majority of these cars of various brands, many of which are Japanese, are actually assembled at the factories owned by Guangzhou. You know they know a thing or two about building and assembling cars then. But GAC has gone beyond copycats, and now boast of a highly advanced R&D Facility that allows them to design, engineer, and eventually build technologically advanced cars.

The GS8 is the brand’s flagship SUV. It’s a 7-seat cross-over powered by a transversely mounted 2.0 liter turbocharged engine, outputting 200hp and more importantly, 320 Newton-Meters of torque, delivering power to either the front or all 4 wheels via a 6-speed automatic transmission. There’s even a highly advanced terrain response software that primes the electronic driving aids to aid traction in snow, mud, grass, sand, and of course paved highway use. Among the mass-market brands, only Ford and Mitsubishi offer such a highly advanced driving aid.

GAC also didn’t skimp on its OEM suppliers. Continental Tires provides the massive 255/55R19 tires H/T tires, VARTA, a well-known German battery brand that is also OEM for the Volkswagen-Audi Group, Mercedes-Benz and BMW among others, provides the batteries and an IHI turbocharger (again, another Japanese big-name brand) hangs off the exhaust manifold. GAC also boasts of brands like Denso, Bosch and many other big-name OEM’s in their list of suppliers. The same companies that provide for our Toyotas, Hondas, Nissans, Mitsubishis, Audis, BMW’s, Merc’s and more. 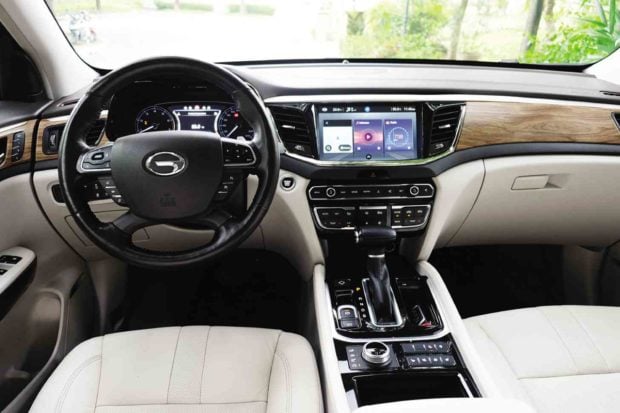 The word Trumpchi features all throughout the car

The shape is a hodgepodge of a variety of popular large-sized SUV’s: there’s a bit of Ford Explorer, a hint of the old Mercedes-Benz GL 7-seat SUV, a bit of Infinti QX56, and even a bit of Cadillac Escalade thrown in. It sounds weird, but to be honest, actually looks good, very high-tech, modern and futuristic. During my stint with the GS8, I had five cousins over from the United States, specifically from the Lone Star State of Texas, and they love their SUV’s. All my cousins commented that the GS8 reminded them of an American-brand SUV, rode very well, had oodles of space, and was definitely not what they came to expect from a China-made and branded car. 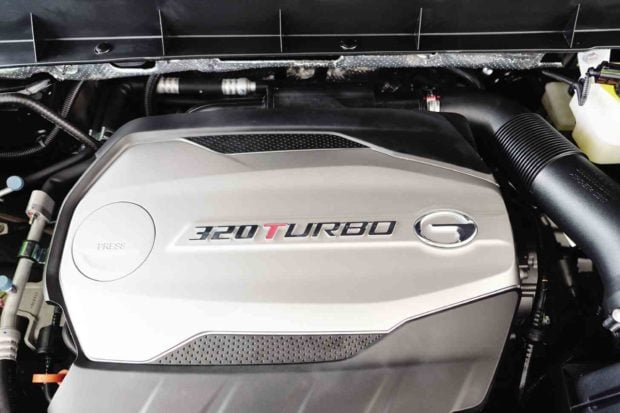 Inside, seating position is actually very good, very car-like, besting some Japanese brands. The power seats adjust well, but I do wish there was a little more telescopic adjustability to the steering column. Controls are on the light side, like a typical American SUV as well. Feel is decent, nothing great, but painless on a long drive. The word Trumpchi features all throughout the car, and when I had asked GAC Executives what it means, they said it translates to Legacy in English, something the brand is slowly trying to build. The multi-media system operates like a smart phone too, so you know GAC is targeting an audience keen on features, functionality and great value for money, rather than simply paying a premium for a big-name established brand. It’s also quite loaded: six airbags are standard, multi-zone climate control, leather interior, plus hill descent control, ABS brakes and traction / stability control. ISOFIX seat anchors are standard too. Front and rear parking sensors and a reverse camera round out the major convenience features.

In the city, the GS8 is easy enough to handle. It’s not as high as a ladder-frame based SUV, but it does deliver a more car-like driving feel. The light controls help you to weave in and out of traffic, and the reverse camera and parking sensors give extra confidence maneuvering this big beast in tight spots with ease. On the highway, the GS8 feels smooth and suave, comfortable and confident. It never once gave me any hint that it might break down at any time, and it simply swallowed every sort of terrain, road and traffic condition we threw at it. Best of all, the 66 liter gas tank might seem modest, but a half tank gave me an astounding 321 kilometers, which works out to roughly 9.8km/liter, half of which was in heavy city traffic driving. That is truly an impressive figure! 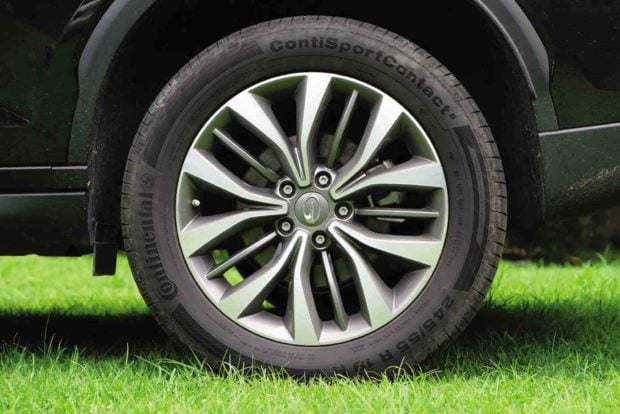 The landscape is changing. China-branded car companies have matured, no longer content at copying leftovers from the established players. They have the style and technology, the driving dynamics are practically where we’d expect a mainstream brand to be. The last real question is reliability and longevity. If things go well, the thought of considering a China-branded car, like GAC’s amazing GS8, alongside your Toyota, Honda, Mitsubishi or Nissan isn’t going to be far-fetched. And starting at P1,880,000 for the base-model FWD to P2,388,000 for this fully-loaded example, it is still a real bargain for what you get.