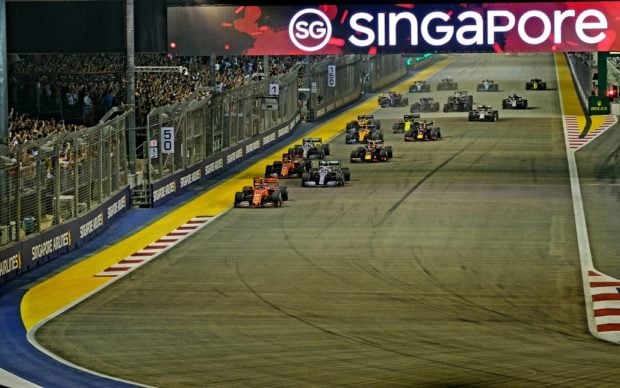 THERE are a few constants in the Singapore Formula 1 Grand Prix: It is the longest race, in terms of time, in the F1 calendar; the safety car will always make an appearance; and only world champions (or went on to become champions) have won it. 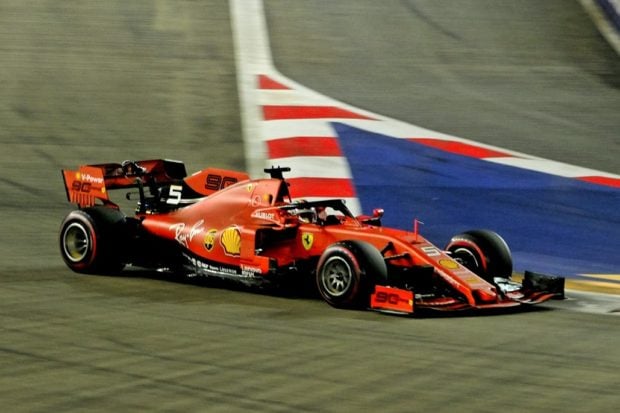 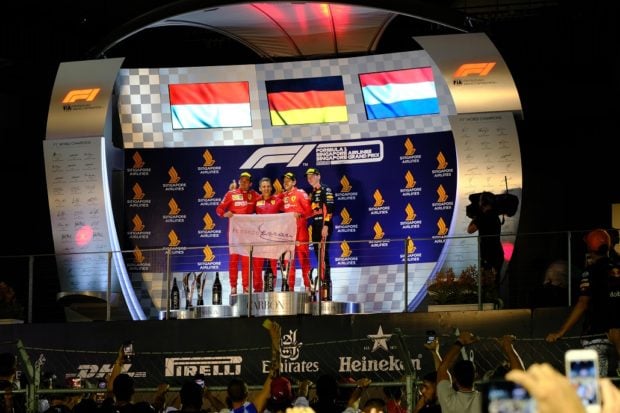 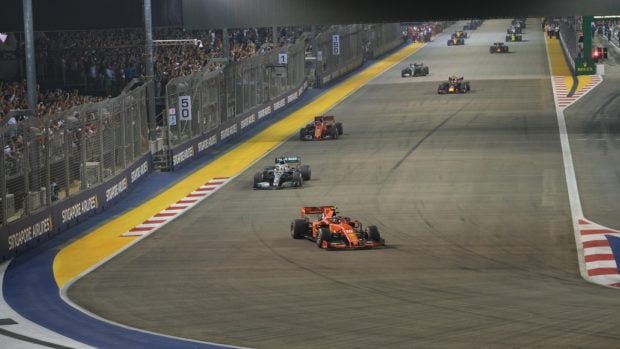 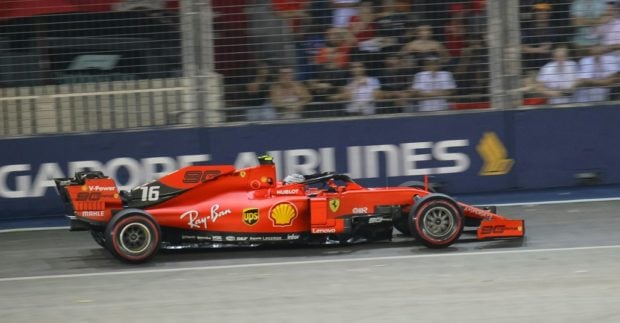 Fans in the grandstands were up on their feet come race start. Majority of them wanted Leclerc to win it for the Scuderia, and not see a repeat of the infamous 2017 Ferrari double DNFs. As the lights went out to start the race, Leclerc got a good jump to lead the field into the run-up to Turn One, and valiantly held off attacks from Hamilton. Vettel took the cautious route and chose to simply follow the race leaders in the tight and twisty street circuit. Down the order, chaos ensued as Renault’s Nico Hulkenberg and McLaren’s Carlos Sainz, Jr. collided while Renault’s Daniel Ricciardo hit the front wing of the Williams car of George Russel, causing a slow puncture.

Up in front, track conditions initially favored Leclerc. The Ferrari driver managed to generate a gap of about two seconds in the early portions of the 61-lap race. The tifosi were ecstatic at the prospect of seeing two Ferraris on the podium.

It was up to Hamilton to spoil the party for the Scuderia, but even with maximum effort he failed to catch the Leclerc’s Ferrari; Mercedes was simply outclassed by Ferrari in Singapore.

On Lap 20, Ferrari and Red Bull were the first to blink by calling in Vettel for his tire stop, in the hope for the undercut. Red Bull likewise brought in Verstappen. Both cars got fitted with the Pirelli hard-compound tires, which will last them to the end of the race. A lap later it was Leclerc’s turn to pit. The Ferrari crew turned around Leclerc’s car in 2.4 seconds, but would eventually wind up behind Vettel. This didn’t sit well with the Monegasque, who expressed his disappointment over the pit strategy after his requisite tire stop. He knew he had the race sealed up but intra team politics dictated otherwise.

Hamilton, who then inherited the lead, tried in vain to get a substantial gap between himself and the Ferraris before coming into the pits. Mercedes were also hoping for a safety car period but this didn’t materialize. Hamilton took his tire stop on Lap 27 only to come out in fourth place behind Verstappen.

The running order was Vettel, Leclerc, Verstappen, Hamilton and Bottas, which, remained the same for the remainder of the 61-lap race.

Vettel ended his yearlong winless streak by crossing the line to take the checkered flag at Singapore. With his fifth win, Vettel can now claim the title of the winningest driver in the Marina Bay Circuit. Leclerc dutifully takes second place with Verstappen rounding up the podium in third.

While Vettel was on a high with his first win in over a year, Leclerc was visibly dejected, and it showed in the podium celebrations. He had the speed to win, but all his efforts went for naught. The tifosi are looking at Leclerc as the future for the Scuderia, but in the meantime, it is still Vettel who is Ferrari’s Number 1.

In the drivers’ points standings, Hamilton still leads with 296 points. Following in second is Bottas with 231. Tied in third with 200 points each are Leclerc and Verstappen with Vettel holding firm at 194 points.

In the constructors’ race Mercedes still holds the top spot with 527 points over Ferrari with 394 points. Red Bull is in third spot with 289 points.