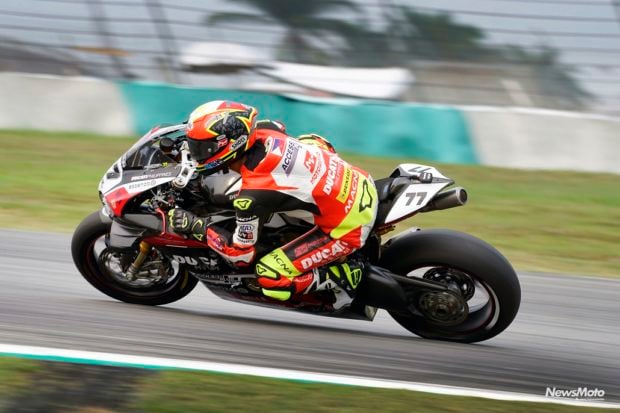 THE Access Plus Racing-Ducati Philippines-Essenza team said it posted its best result in its ASB1000 campaign in the Asia Road Racing Championship (ARCC) as the team returned to the Sepang International Circuit in Malaysia last weekend.

Team riders Timothy Joseph “TJ” Alberto and Jonathan Serrapica were joined by Federico Sandi, who was brought in to assist the pair in bringing out the potential of the Ducati Panigale V4R. An overnight turnaround in performance had allowed Sandi and Alberto to close the gap to the front runners and qualify on the third row of the grid in P7 and P9, respectively.

Alberto set a personal best of 2:07.819 on the 5.543-kilometer track, improving by half-a-second over his last visit to Malaysia in March. Serrapica meanwhile lined up in P15. 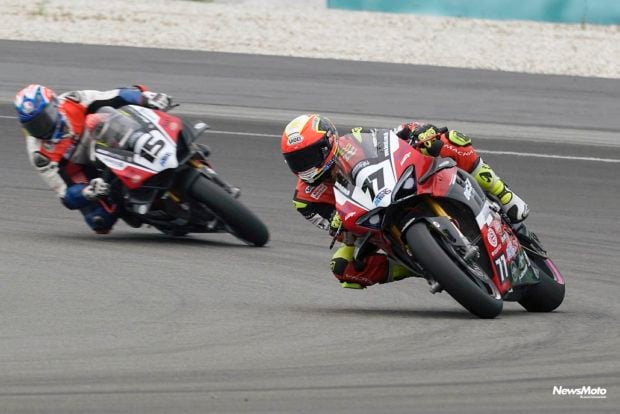 Access Plus said Sandi challenged for position as soon as the lights turned green during Race 1 on Saturday. He quickly found his way past the top ASB1000 title contenders and was in the lead by Lap 3. His Panigale V4R controlled the race for several laps before coming under attack and crossed the finish line in fifth place.

Both Alberto and Serrapica were not able to capitalize on their pace and failed to finish.

Access Plus said Race 2 on Sunday afternoon proved to be more productive as Sandi again led the team and battled for a podium spot throughout the 11-lap race. He then concluded his debut weekend in the ARRC with a rewarding seventh-place finish.

Alberto enjoyed a strong start and mixed it up with the front pack of riders, getting as high as P6 on the opening lap. He crashed on the final lap but was able to rejoin to finish 11th.  Serrapica came in 13th.

Access Plus said the ARCC is set to conclude its 2019 season on November 29 to December 1 at the Chang International Circuit.

“We came into the weekend excited for what our team could learn and achieve, especially having an experienced rider in Federico Sandi. We learned a lot and were able to improve the overall package of the Panigale V4R this weekend,” said Access Plus team principal Toti Alberto. “We now know more clearly what steps we need to take for Thailand and for the next year to fight at the front,” he said.