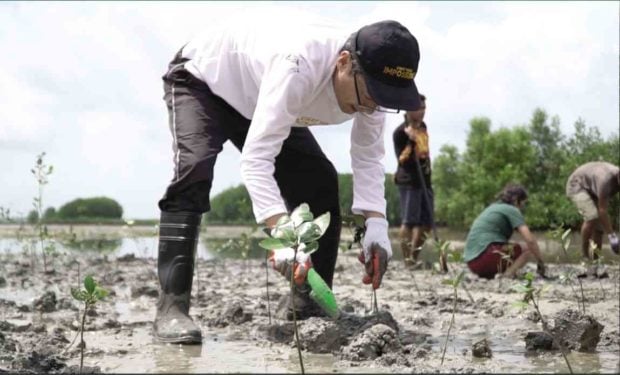 In a statement, TMP said it supports the Philippine Paralympic Committee’s and Ernie Gawilan’s personal and athletic journey, which perfectly embodies the philosophy of the SYI campaign. “With his accomplishments in national and international swimming competitions, we believe Ernie is a perfect example of defying challenges, believing in one’s self and working hard to achieve great things. In addition to that, we also admire his efforts in pushing for an advocacy that affects many.”

Gawilan started his athletic journey through his love for the ocean, and TMP aims to help him spread awareness and encourage positive action among more Filipinos.

“In the manufacturing plant, every person has a specific role. In mangrove planting, we tried to apply that, as well. We divided ourselves into transporters (the ones that conveyed the plants), then the diggers, and lastly, the planters. This system minimizes unnecessary movements and increases the survivability of the mangroves, because there will be less chances for volunteers to inadvertently step on the propagules when they move to different directions,” explained Marcelo.

“We improved that system by incorporating tools. We didn’t use shovels before. Now we also use crates (to carry propagules). Before we could only carry two propagules per transporter. Now each transporter can carry 10 to 12,” revealed Marcelo.

“As part of the Toyota Environmental Challenge 2050 that promotes reforestation and biodiversity conservation, mangroves are very important as they may be a source of livelihood for the local community, for one. Second, it protects the community from storm surges. Third, since we are producing vehicles which emit CO2, mangroves have more carbon sequestration capacity than normal trees.” 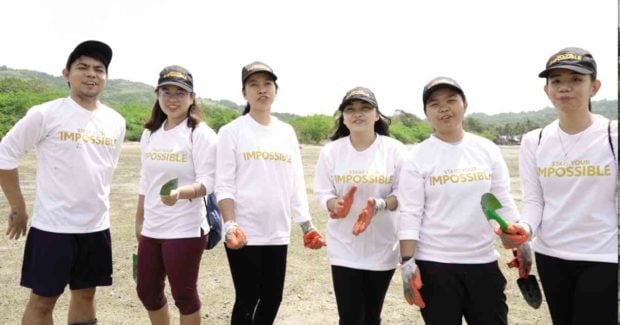 “We have this project with the Department of Environment and Natural Resources (DENR called the SMARTSeas. The aim essentially is to increase the management effectiveness of protected areas and the marine protected area network in the executive order that specifies biodiversity conservation should be implemented in the entire country, not just in the Verde Island Passage,” said Montebon.

The event also brought to the fore this writer’s meatless advocacy, as TessDrive.com initiated its own SYI campaign for the event, with food partners Quorn, an environmentally sustainable source of high-quality meat-free protein food, and Makati-based vegan restaurant Greenery Kitchen. The food providers served 100-percent plant-based dishes to the volunteers.

“We believe that the efforts to preserve and protect the bodies of water all over the world would only be effective if all creatures who live above, on, and under water are likewise protected,” said one of the team’s crew members.

Bruce Monger, oceanography professor at Cornell University, has pointed out, “We have maxed out the ocean. Up to 90 million metric tons of fish are pulled from the ocean every year, and that hasn’t increased since the late 1990s. We can’t get any more fish out of the ocean.”

A study from the University of Exeter found out that mycoprotein, the protein-rich food source that is unique to Quorn products, stimulates post-exercise muscle building to a greater extent than milk protein. The Science Daily article revealed that the British Nutrition Foundation already recommends mycoprotein as a good source of dietary protein, both for every life and for sport and exercise.

Toyota’s environment initiative is aligned with several of its programs dedicated to reducing carbon emissions by 2050. TMP recently held a Toyota Hybrid Electric Technology Conference last June to provide an avenue for government and industry stakeholders to discuss plans and to promote sustainable mobility in the country. As part of its efforts to further spread awareness on vehicle electrification and its impact on our environment, TMP has partnered with several universities in the country for the Hybrid Electric Vehicle (HEV) Campus Tour.

Just recently, TMP made a huge leap to make Hybrid Electric Technology more accessible to more Filipinos by introducing a hybrid variant of one of its mainstream, big-volume models – the Corolla Altis Hybrid. 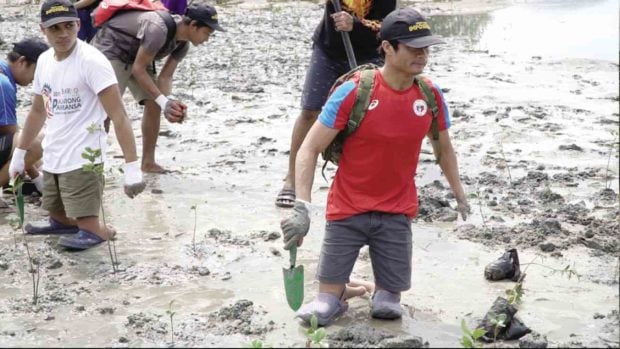 SYI was launched in the Philippines during the Toyota Classics – a benefit classical concert in November 2018. The proceeds of the concert was donated to the country’s paralympic athletes through the PPC for their training requirements such as sports wheelchairs.

Just this May, TMP started a 10-day swim clinic that aims to encourage aspiring swimmers aged 6 to 14 to take the first step, or that first stroke, in their athletic journey, and pursue their interest in swimming. The Start Your Impossible campaign marks its first anniversary at the Tokyo Motor Show this October 2019. Toyota, being the global partner of the Tokyo 2020 Olympics and Paralympics, will also be exhibiting mobility technologies, solutions, and logistics under the SYI campaign.