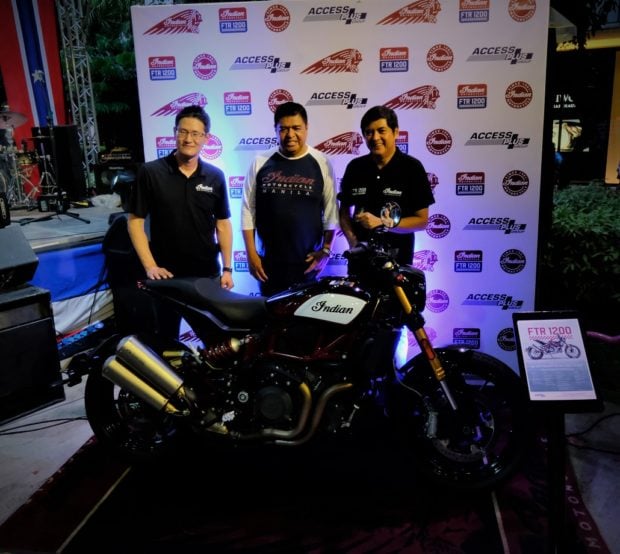 FABLED American icon Indian Motorcycle, through its Philippine distributor Access Plus, has brought over to the country its latest offerings, the FTR 1200 and FTR 1200S RR.

The bikes were launched recently at Bonifacio Global City by Access Plus executives Ted Alberto and Toti Alberto, who were joined by Indian Motorcycle international sales manager for Asia Pacific Jake Jung. Ted Alberto said the initial batch of motorcycles has already been spoken for, but he assured Access Plus is ready to fill the demand.

The FTR 1200 and FTR 1200S RR take their design cues from the championship winning FTR 750, a race-proven bike that has dominated flat track racing since it was launched in 2016. This particular segment is quite new for the American bike company, representing a fresh chapter in its history — which was welcomed by enthusiasts and by all who worked to develop the touring bike. 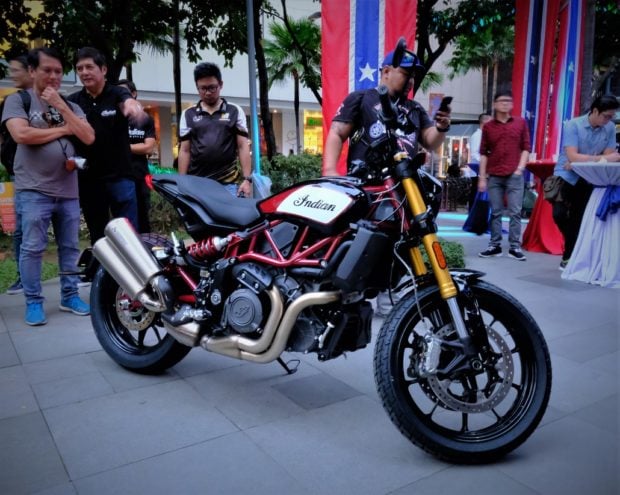 The FTR 1200 features a 1203cc engine that churns out 120hp and 120Nm. It has a power-assisted slipper clutch, reducing rear wheel slip for better control and a lighter clutch lever pull. The fuel tank under the saddle has a 13-liter capacity, which lowers the bike’s center of gravity and translates into better handling. A tubular trellis-style frame gives much needed rigidity with minimum weight, and an upright, tracker-style, two-up ergonomic saddle allows for a comfortable ride.

The FTR 1200 also has three ride modes; Sport, Standard and Rain, which alter throttle responses and traction control intervention levels. The bike’s rear suspension has 5.9 inches of travel and a lightweight tubular steel swingarm for maximum grip and control.

The FTR 1200S RR has a fully adjustable mono-shock as standard. Up in front, it features a 43-millimeter cartridge fork with 5.9 inches of travel. Stopping power comes by way of radially mounted four-piston Brembo calipers on dual semi-floating discs mounted directly onto the wheels. A six-speed sliding mesh transmission efficiently transfers power to the rear wheel via a chain drive.

The rider can remain connected, thanks to the 4.3-inch customizable Ride Command high-visibility LCD touchscreen with Bluetooth connectivity that easily pairs with mobile phones. Cruise control comes standard in both models.