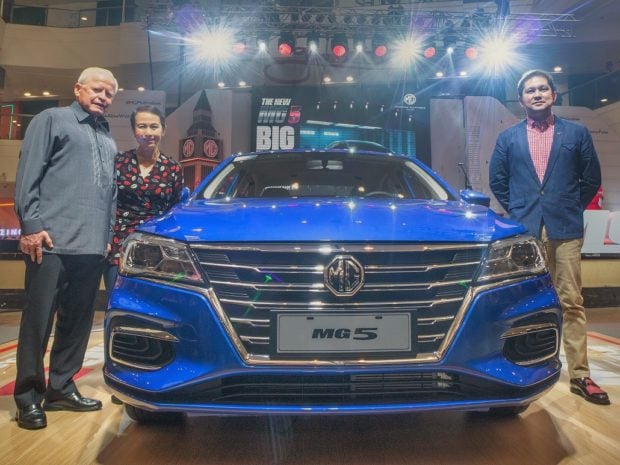 Presenting the new MG 5 are (from left) TCCCI chairman of the board Jose L. Cuisia, Jr., executive director Selene L. Yu and president and CEO Alberto B. Arcilla.

THE 2020 MG 5 subcompact sedan, which made its Philippine debut at the recent Cebu Auto Show, marks it official public appearance in Metro Manila with a display at the Glorietta 2 Activity Center in Makati City.

The 5, along with the MG 5 CVT Alpha, MG ZS crossover SUV, RX5 SUV and the MG 6 fastback sedan, will be displayed at the venue until October 6. Accompanying the current MG models is a 1974 MGB GT V8 in British Racing Green, which serves as a nod to the brand’s British heritage — MG, or Morris Garages, was founded in the UK in 1924. 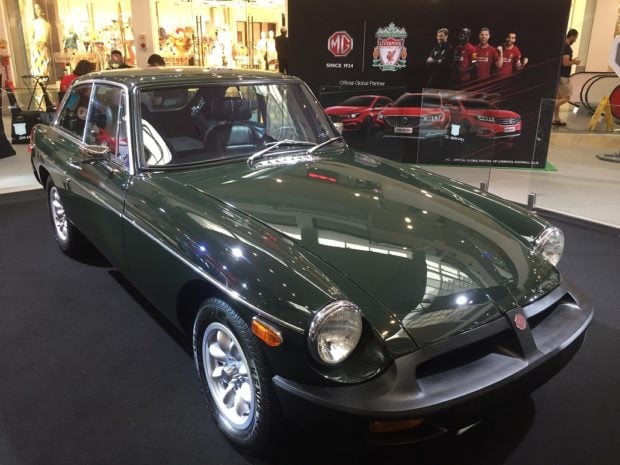 MG Philippines noted the 5 is the fourth product it launched since the company started operating under The Covenant Car Co., Inc. (TCCCI), which also distributes Chevrolet. The launch of the 5 also coincides with the first-year anniversary of MG Philippines under TCCCI.

Attending the unveiling of the 5 were TCCCI chairman of the board Jose L. Cuisia, Jr., TCCCI president and CEO Alberto B. Arcilla, TCCCI executive director Selene L. Yu and MG Philippines dealers and bank partners.

“We look forward with optimism as we launch our fourth new vehicle in the Philippine market in just under 12 months, a model that we believe will be a significant challenger in the large and highly competitive subcompact sedan segment,” Arcilla said. “The MG 5 comes… at very a competitive price point, making it one of the most attractive options in its category.”

MG Philippines said “there is really nothing subcompact about it,” citing the vehicle’s dimensions are closer to those of a midsize sedan. 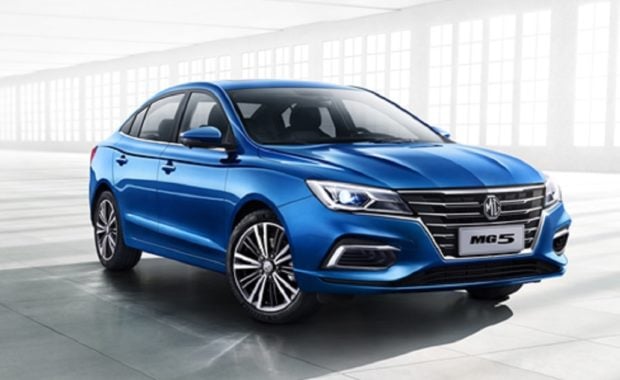 The 5 is the best-equipped model in its class, according to MG. It cited the model’s 10-inch touchscreen infotainment head unit that can run both Apple CarPlay and Android Auto; 360-degree vehicle view (which gives drivers a bird’s-eye view of their car); a power-adjustable driver’s seat; and automatic on/off headlamps as some of its first-in-class features.

Powering the 5 is a 1.5-liter gasoline engine that produces 113hp and 150Nm. This can be paired with either a five-speed manual transmission or a CVT with a manual-shift mode.

MG Philippines’ mall display also offers the 5 and the other MG models for test drives.