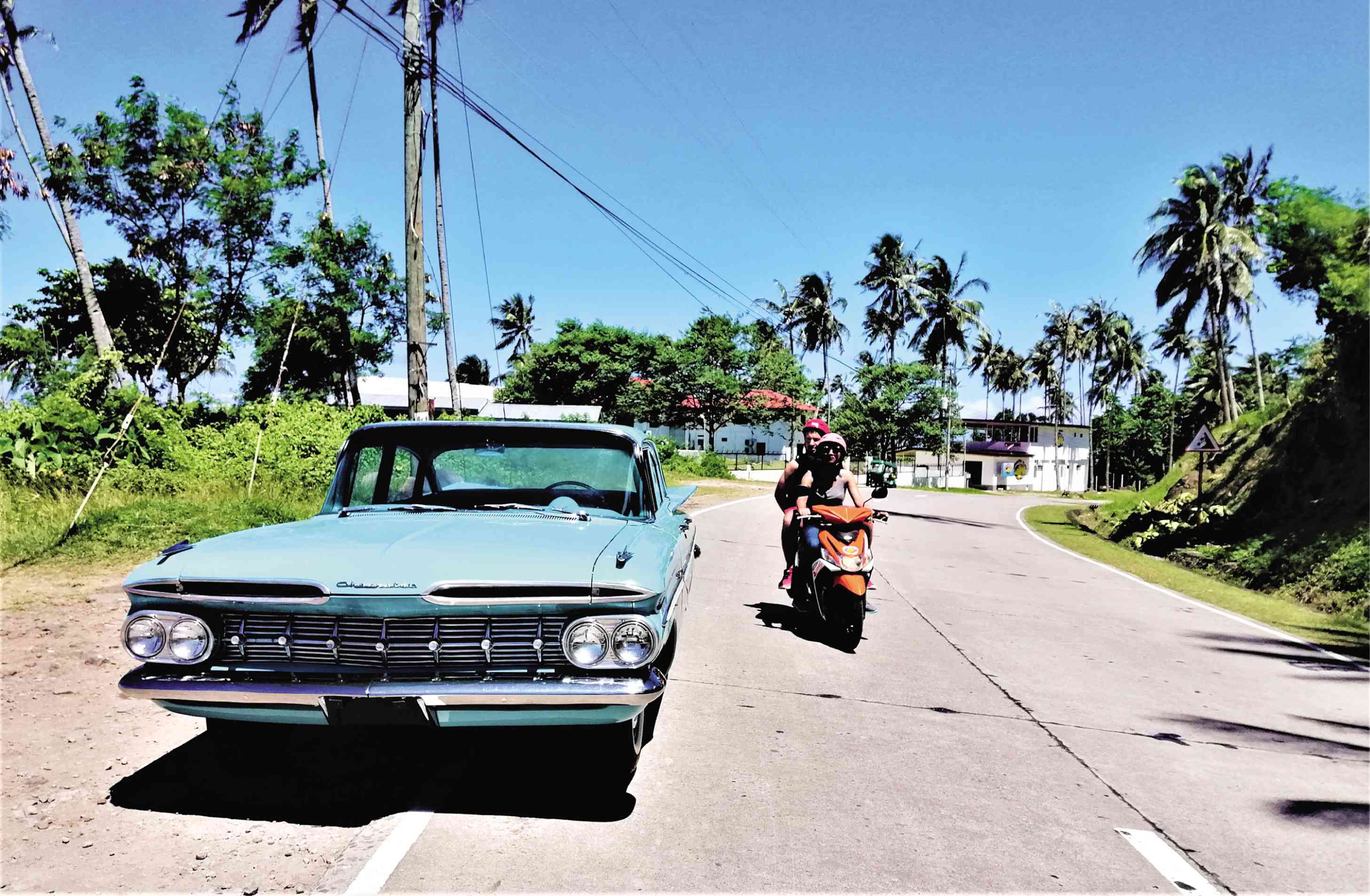 There is a long-standing anecdote that the island province of Camiguin got its name from the phrase “come again” because of its allure worth coming back to. There could be an iota of truth to it, but that’s jumping ahead of the story.

Camiguin is monikered the “Island Born of Fire” because of the volcanic nature of the lay of the land. Situated off northern Mindanao mainland, it is the country’s second smallest province with a land area of only 238 sq.km distributed in five small towns, each worthy of a longer-than-usual pit stop.

With a provincial road network of just about 100 km, including the scenic 64-km coastal road, it is a virtual expressway with only a few motor vehicles. But with the plethora of roadside eye candies, it is better to drive like you’re stuck in Edsa traffic so you can literally stop to smell the flowers that grew by the wayside.

The fastest way to get there is via Skyjet which flies direct to the capital town of Mambajao. There are also connecting flights from Cebu. If you want a cheaper but longer journey, you can fly to Cagayan de Oro, take a bus or van to Balingoan port, then a one-hour boat ride to Benoni port in Camiguin.

A new activity is the breathtaking aerial acrobatics across the island on a single-engine Super Decathlon 8KCAB plane by Camiguin Aviation which you can co-pilot for a few minutes.

A new unique attraction is Treasures of Camiguin, an ancestral home-turned curio shop and gallery which upcycles seaglasses or decades-old bottle fragments into elegant jewelry and ornaments.

A superb spot for star-gazing is the Mt. Timpoong-Mt. Hibok-Hibok Natural Monument, a twin-volcano protected area which was recently declared by the Association of Southeast Asian Nations Center for Biodiversity as an ASEAN Heritage Park. A midway stopover is Phivolcs Observatory which offers a commanding view of the undulating terrain and the sea best for sunset viewing. 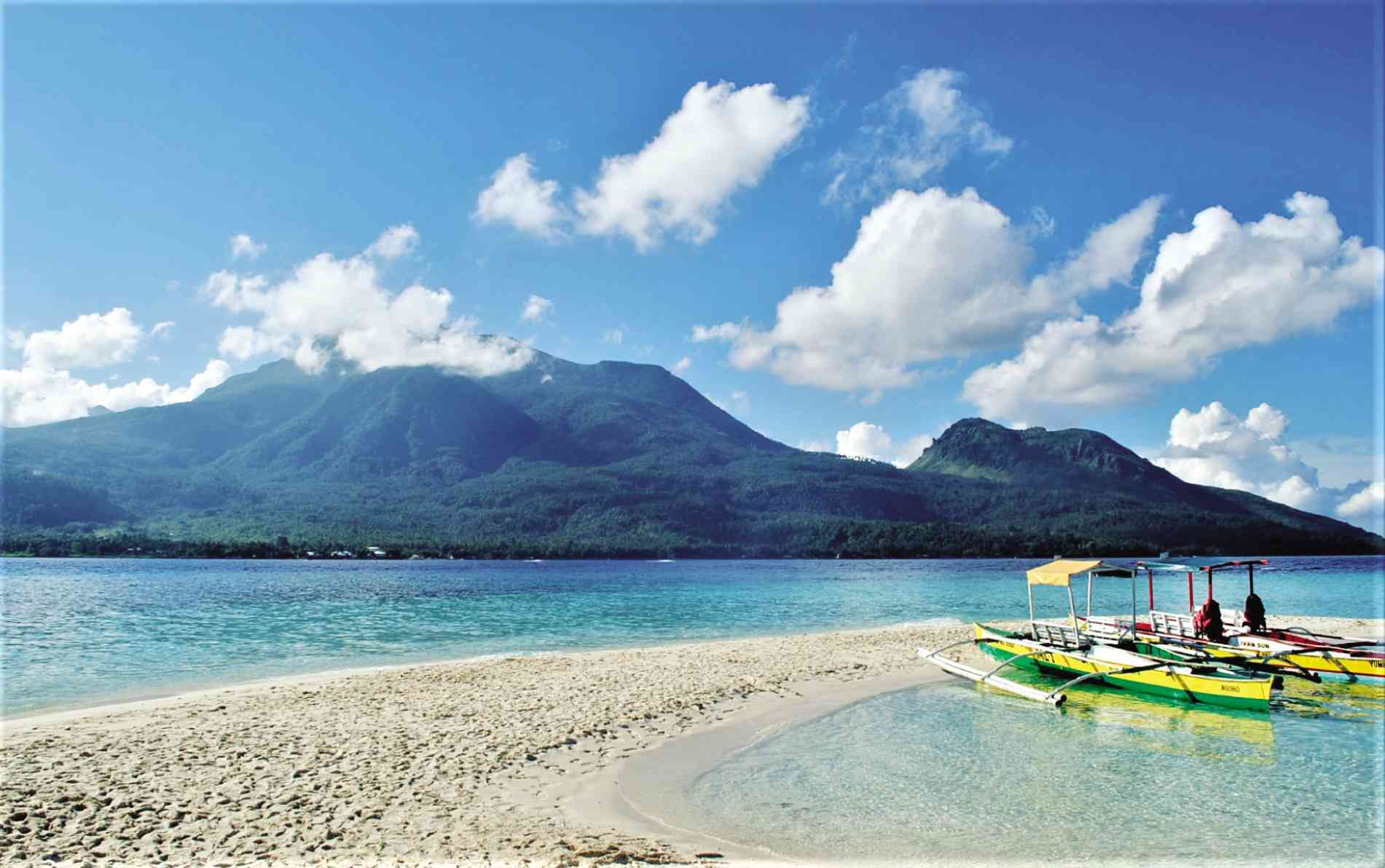 For the obligatory pasalubong, swing by Pasalubong sa Camiguin, a one-stop shop for souvenirs and local delicacies, including the sweet pastel bun.

There are vans and tricycles for hire, but the habal-habal or motorcycle is arguably the most exciting way to go around, so you can feel the crisp mountain air gushing through your face.

Pit Stop 2: Catarman. A short drive away is the Walkway to the Old Volcano which has a cemented staircase with the mountainside 15 Stations of the Cross, a popular spot on Holy Week and religious feasts. One “tumbling” away are the ruins of the Bonbon Church complex, which was destroyed during Mt. Vulcan’s 1870 eruption and the postcard-pretty Sunken Cemetery which is marked by a huge concrete cross into the bay. Both attractions were declared last year by the National Museum as National Cultural Treasures. 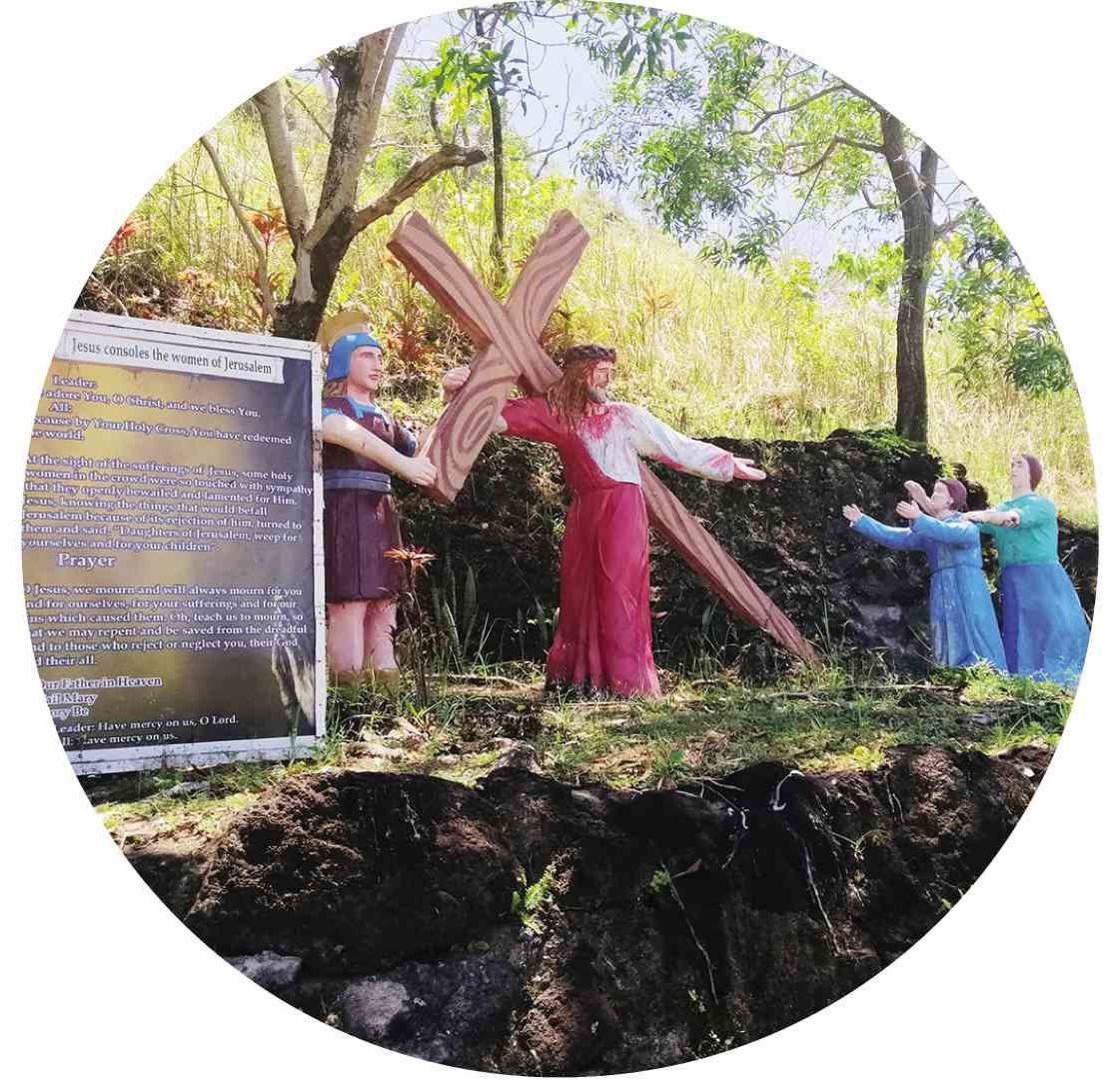 8th Station of the Cross at Vulcan Daan.

Cool off and refresh at Sto. Niño Cold Springs, an icy natural pool with a sandy bottom tucked in the midst of thick vegetation, or yes, in the middle of nowhere. Further inland is Tuasan Falls which can be easily reached through a recently-completed mountain road.

Pit Stop 3: Sagay. One of the under-the-radar attractions is Binangawan Fall in the bosom of Mt. Mambajao, which you can have to yourself if it’s your lucky day. It gushes through majestic granite stones covered with vegetation, with smaller cascades nearby emanating from the rocks.

Pit Stop 4: Guinsiliban. Cantaan Giant Clam Sanctuary and Ocean Nursery on the southern tip is habitat to some 4,000 clams of varying sizes, and is ideal for snorkeling with the Instagrammable underwater images of the amazing symmetry of the marine farm.

Pit Stop 5: Mahinog. Adventurers can get physical at Taguines Lagoon which has a variety of recreational facilities such as kayaks, pedal boats, stand-up paddles, and a zipline which glides above the water. The lagoon is actually a cove with aquaculture cages where mussels and fishes are bred.

Across the road is the Katunggan Park with full-grown mangroves which you can see up close through a boardwalk.

Hop off to Mantigue Nature Park and Sanctuary, a four-hectare island which is popularly for beach-bumming and recently declared a scuba diving haven in Mindanao by the provincial government and the Department of Tourism because of its lush marine life.

The best time to visit would be the last quarter of the year during the season of the sweet-tasting tropical fruit, lanzones, which is sold at rock-bottom prices. Incidentally, the province is also celebrating later this month the 40th year of the Lanzones Festival, one of the country’s pioneer cultural festivities.

With its sand, sea and sun, and all the lanzones in between, there are a thousand reasons to come to Camiguin, and perhaps, come again.